For the majority of the last decade, Iggy Azalea has been busy making a name for herself on the music scene. Her inescapable worldwide smash with British singer Charli XCX remained at the No. 1 spot on the US Hot 100 for seven consecutive weeks in 2014 and, according to Billboard, held the title for the biggest female rap hit in history in 2017.

As of this writing, Azalea has released two studio albums — “The New Classic” and “In My Defense” — and is gearing up for the release of her third, “End of an Era.” While fans anticipate the new record, the “Change Your Life” hitmaker shocked fans by stating on Twitter that this will be her last album for a while. “‘End of an Era’ is so special to me because after I drop my album next month iam going to take a few years to focus on other creative projects and things I’m feeling passionate and inspired by, beyond music,” the Grammy-nominated rapper wrote, adding, “I’m excited for you guys to see different sides to me in the future.”

During a recent Twitter update, Azalea has informed fans of more information about “End of an Era.” Keep reading to find out what.

End of an Era is imminent 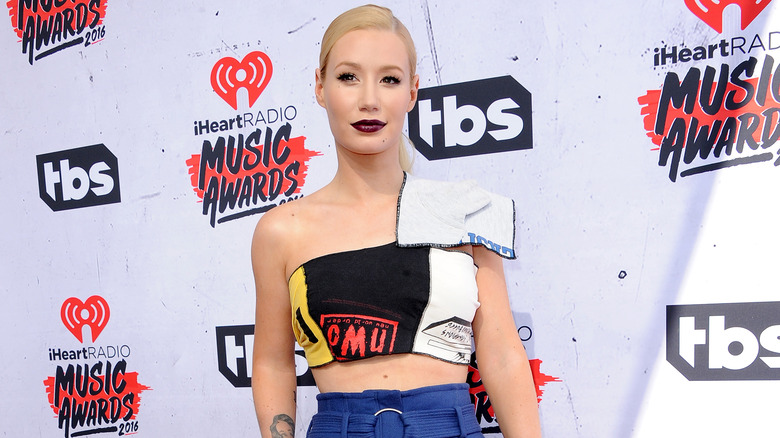 On August 2, Iggy Azalea shared a glam new image of herself on Twitter and captioned the post with “Aug 13th marks the End of An Era,” suggesting her album will drop later this month on that date. When a fan asked the “Black Widow” chart-topper how many songs the record would consist of, Azalea told her 7.7 million followers that there will be a standard version with 14 tracks and a deluxe with 17. Both editions will have different artworks, which have yet to be released.

Azalea hasn’t shared the tracklisting for either edition. However, it is believed that her 2021 singles, “Sip It” with fellow rapper Tyga, and her most recent single, “I Am The Stripclub,” will feature on the LP. As previously mentioned on Twitter, Azalea has “the coolest project” coming the week after “End of an Era” is released. “I can’t wait til you guys see it!” she said. We can’t either, Iggy!