Neil Young’s summer European tour with Promise of the Real has been packed with rarities like “Throw Your Hatred Down,” “Piece of Crap,” “Over and Over,” “Danger Bird” and “Change Your Mind,” but on Tuesday night at the Sportpaleis in Antwerpen, Belgium, he topped them all by breaking out the title track to his 1974 masterpiece On The Beach. The performance marked the first time Young has played the melancholy song since 2003 and only the third time since 1975, which was also the last time he played an electric rendition of the song.

The tour wraps up this weekend with two co-headlining shows with Bob Dylan at London’s Hyde Park and Kilkenny, Ireland’s Nowlan Park. Young’s only show after that is Farm Aid in East Troy, Wisconsin on September 21st, but he recently recorded a new Crazy Horse album provisionally titled Pink Moon and he’s said they’ll support it with an arena tour later this year. According to a response to a fan letter on the Neil Young Archives, several shows have already been booked, including a stop at New York’s Madison Square Garden. 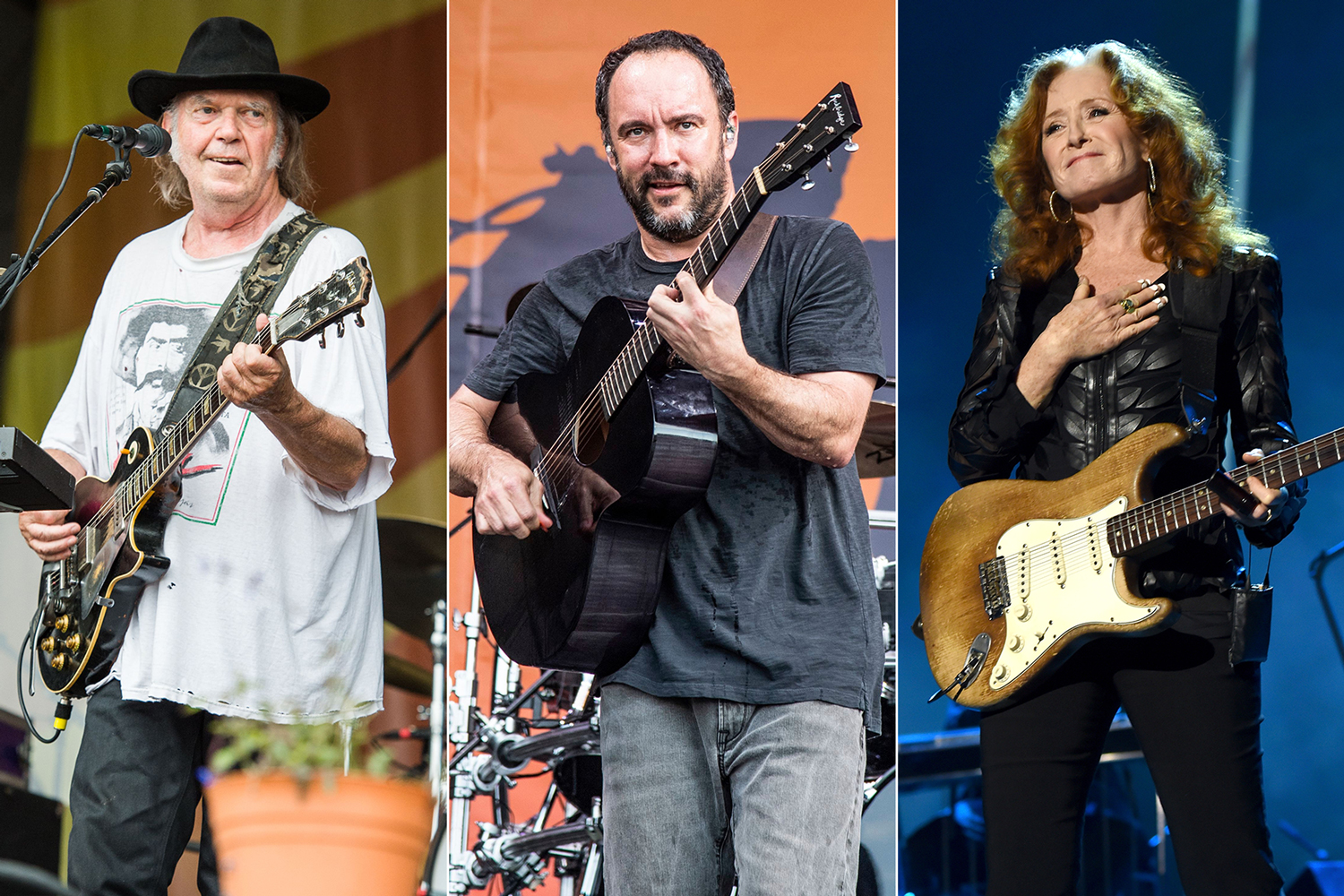 “We believe we have a great Crazy Horse album,” Young wrote shortly after he finished recording the album, “one to stand alongside Everybody Knows This is Nowhere, Rust Never Sleeps, Sleeps with Angels, Psychedelic Pill and all the others.”

It’s the first Crazy Horse album since guitarist Frank “Poncho” Sampedro stepped away from the group after a 43-year stint and was replaced by Nils Lofgren. “Nils played all over After the Gold Rush and he played all over those early albums that I did,” Young told Rolling Stone earlier this year. “It just gives me a whole wealth of material to draw from when I have the original players.”

About a week before the European tour began, Young’s longtime manager Elliot Roberts died. “Elliot never thought of himself, always someone else,” Young wrote shortly after he died. “He was my best friend in the world for so many years, and he was so happy for me and the life I had found, with Daryl, my wonderful wife and soul sharer.”