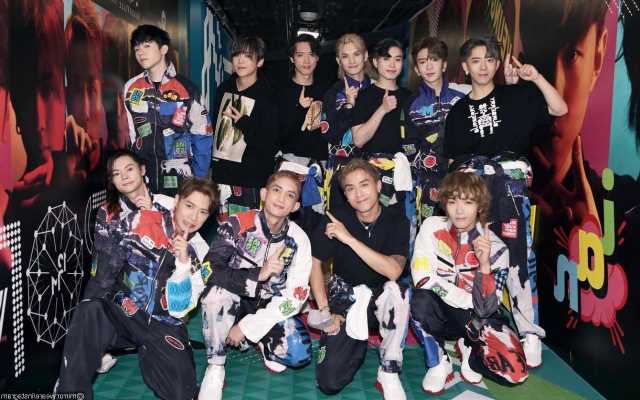 The Thursday night show was abruptly stopped after a monitor falls on stage during the Cantonpop group’s performance, injuring two male dancers who have been rushed to the hospital.

Two members of the Cantonpop group, Anson Lo and Edan Lui, were performing with a dozen dancers when the giant monitor, which was hanging from the ceiling, suddenly came loose and fell on stage. A video taken by a concertgoer captured the horrifying moment.

The falling screen appeared to directly hit one dancer on the head and body before toppling onto another performer as the audience screamed in horror. The rest of the performers on stage rushed to help those hit by the screen.

The band’s manager Ahfa Wong immediately took the stage following the accident to apologize and announce that the concert was stopped. Attendees were asked to leave the venue, but told they could retain their tickets until further notice.

The two male dancers were sent to Queen Elizabeth Hospital. Police said the two male dancers were conscious when they were sent to the hospital. According to a hospital spokesperson, one of the performers suffered neck injuries and was in serious condition in intensive care, while the other dancer sustained injuries to his head and was listed as stable. Several concert goers were also treated for shock, one who felt unwell and two others in a state of shock, but they required no medical treatment.

This isn’t the first accident that’s occurred recently during Mirror’s ongoing concert series. At Tuesday’s concert, band member Frankie Lui appeared to lose his footing and fall off the edge of the stage while giving a speech.

Following the latest accident, fans launched an online petition urging organizers to ensure safety for Mirror and its dancers and refrain from using unnecessary stage mechanisms or raised platforms. The petition has garnered over 13,000 signatures out of its goal of 15,000.