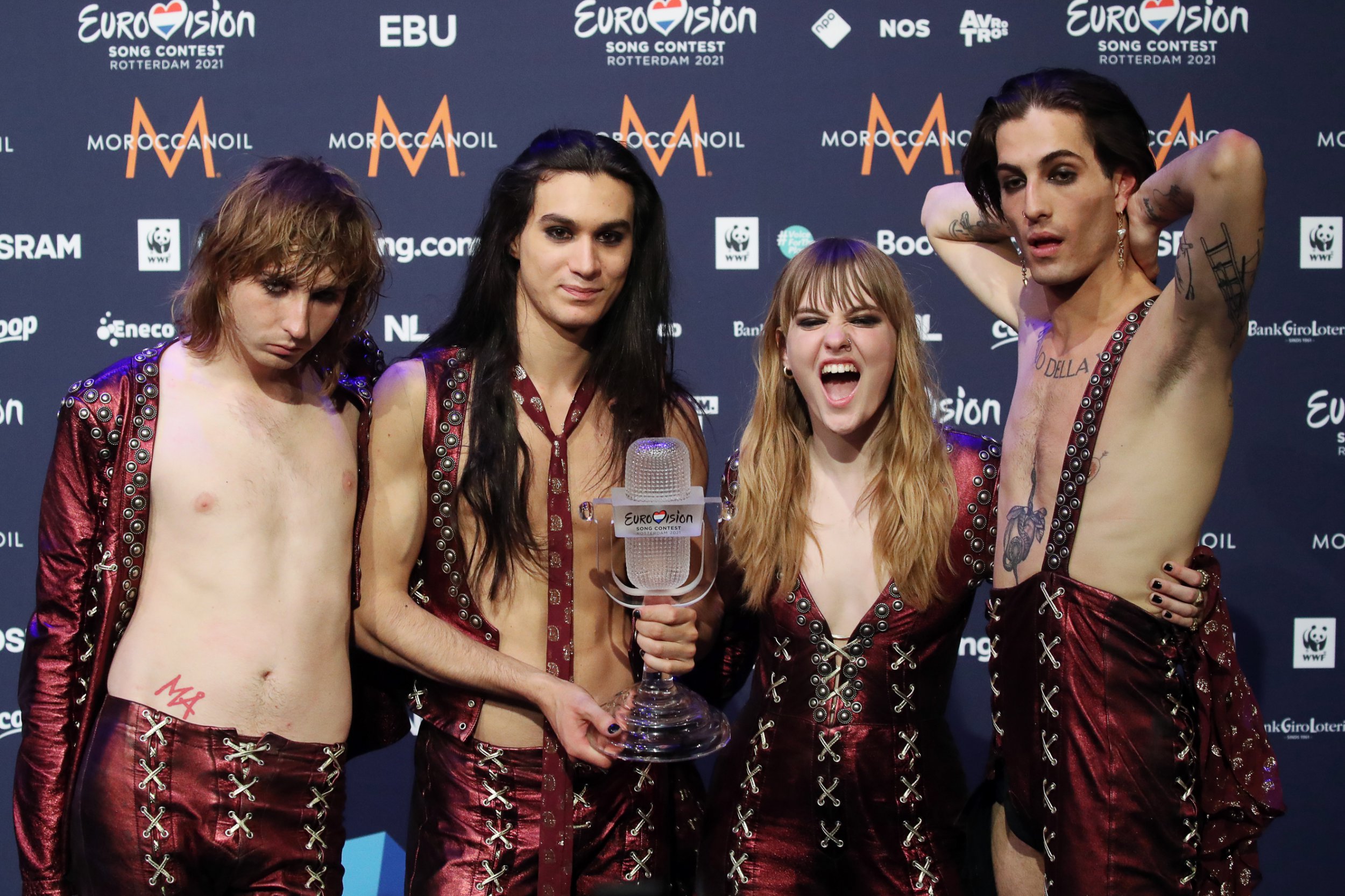 The 2022 Eurovision Song Contest will be held in Turin, following Måneskin’s win.

The Italian broadcaster Rai has decided that the biggest live musical event in television will be held in Turin, after the city beat out other host city hopefuls Bologna, Milan, Pesaro and Rimini.

‘As we saw during the 2006 Winter Olympics, PalaOlimpico exceeds all the requirements needed to stage a global event of this scale and we have been very impressed with the enthusiasm and commitment from the City of Turin who will welcome thousands of fans next May.

‘This will be the first Eurovision Song Contest to be held in Italy in 30 years and, together with our Host broadcaster Rai, we are determined to make it a special one.’

CEO of Italian broadcaster Rai, Carlo Fuortes, added: ‘We are happy that Turin will host the next edition of the Eurovision Song Contest, the international festival loved by a huge audience in every country.

‘Thanks to the beautiful victory of the Måneskin, the Contest returns to Italy after 31 years, in a city that has all the characteristics to host such a prestigious event.

‘The choice made by Rai, together with EBU, was not easy given the very high level of the proposals made by the competing cities, which I thank for their enthusiastic participation. From today, an exciting journey begins for Rai and the city of Turin that will lead us to May 2022. A great challenge for Rai and for our country.’

Host cities must have an indoor venue with an audience capacity in the main hall of between 8,000 and 10,000, with enough space to house the set, press cente, dressing rooms and delegation spaces, as well as being available exclusively for six weeks before the event, two weeks during the show, and a week after the grand final in May.

It also must have an international airport no more than 90 minutes from the city, and have 20,000 hotel rooms in the area for fans.

Turin, or Torino, in Northern Italy, was the favourite to be elected 2022 host city, and it has form in staging big events.

The Pala Alpitour indoor arena was built to host ice hockey at the 2006 Winter Games, and has a maximum capacity of 16,600 – more than enough to stage Eurovision.

Turin’s mayor Chiara Appendino said of their bid: ‘We’re running because our city has all the cards in order and we think it’s the best option on the field to make your choice. We have spaces with suitable capabilities, with the full city and region within easy reach.’

It is the third Italian city to host Eurovision, following Naples in 1965 and Rome in 1991.

The 2022 edition is heading to Italy after rock band Måneskin won with their song Zitti e Buoni at the 2021 competition held in Rotterdam, The Netherlands.

The group have gone on to be one of the most globally successful Eurovision acts in recent years, with their song I Wanna Be Your Slave reaching number five in the UK charts.

Their cover of The Four Seasons’ Beggin’ also became a hit after going viral on TikTok, and the band – Damiano David, Victoria de Angelis, Thomas Raggi and Ethan Torchio – have modelled for Gucci.

The Eurovision Song Contest 2022 will be held next May.