A musical about the life of Princess Diana is Broadway-bound.

Directed by Christopher Ashley, “Diana” is scheduled to open at New York’s Longacre Theatre next March. It follows the life of the “People’s Princess” (played by Jeanna de Waal) during her turbulent 15-year marriage to Prince Charles (Roe Hartrampf), culminating in her 1997 death at the age of 36.

“Thrust into a spotlight brighter than any the world had ever known, Diana soon finds herself at odds with her husband, an unrelenting news media, and the monarchy itself,” a synopsis of the show sent to HuffPost and other media outlets reads. “Leading fiercely with her heart, Princess Diana stands up for her family, her country and herself, while managing to capture the hearts of the world.”

“She defied expectations, she rocked the royals and she created a legacy that will endure forever,” the press note concludes.

From the sounds of it, “Diana” ― which debuted this spring at the La Jolla Playhouse in San Diego ― takes a few cues from “Evita,” Andrew Lloyd Webber’s 1978 musical about Argentina’s legendary first lady, Eva Perón. 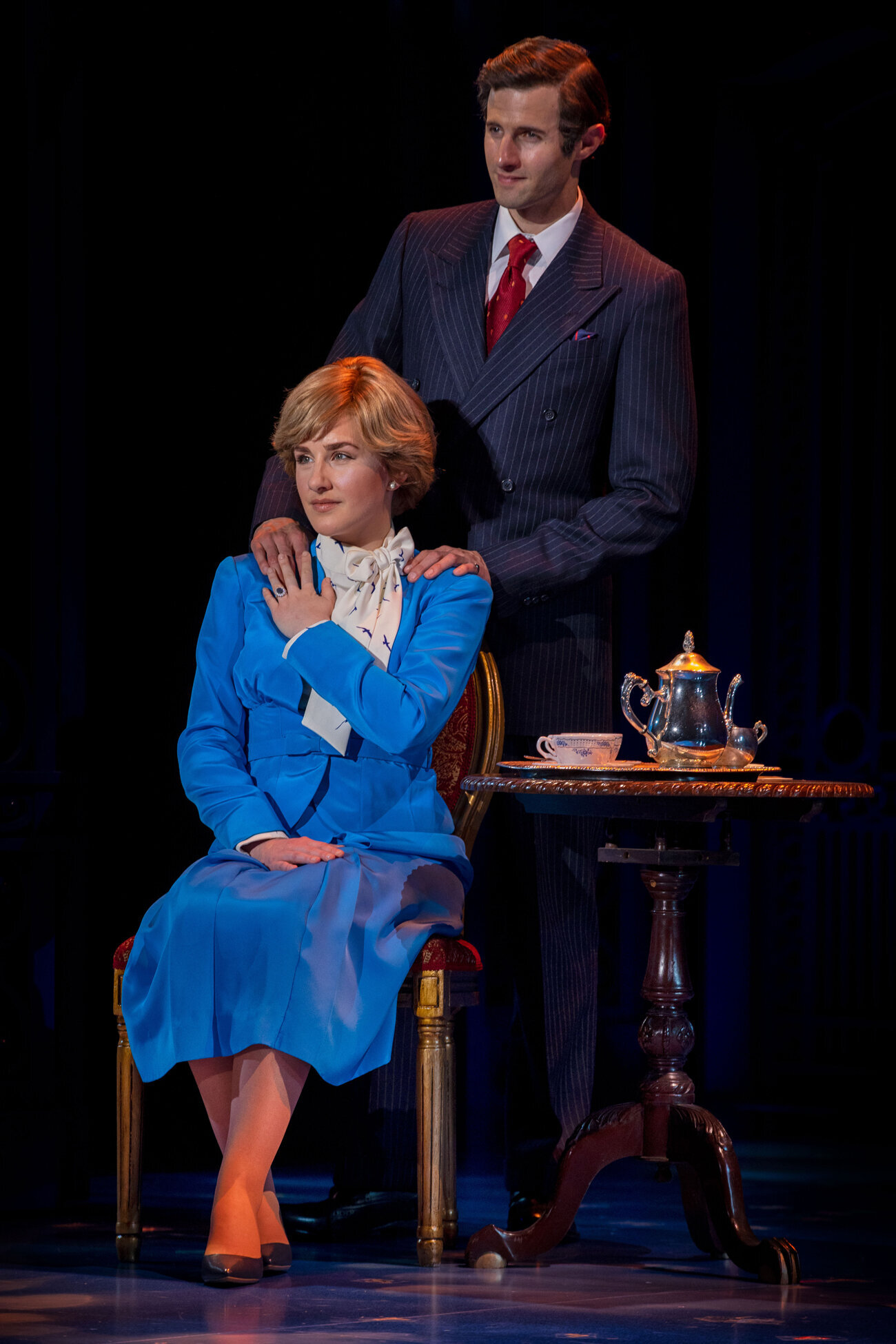 It also boasts an impressive pedigree. David Bryan, who co-wrote the score, is the longtime keyboardist for Bon Jovi. He and Joe DiPietro are also the creators of the 2009 hit, “Memphis,” which won four Tony Awards.

In 2017, Ashley received a Tony Award for directing “Come From Away,” which continues to play to sold-out crowds on Broadway.

“The show doesn’t work but that hardly matters these days for a musical that can draw in the tourist masses,” Los Angeles Times critic Charles McNulty wrote, adding that the score sounded “dated.”

The Hollywood Reporter’s review was more generous, saying that the musical “seems to have many of the pieces needed for a hit” despite “flaws.”

For London-born de Waal, whose Broadway credits include “Kinky Boots” and “American Idiot,” bringing Diana to life is a dream come true.

“I hope people who come to see ‘Diana’ that didn’t know about her and weren’t aware of her journey leave the theater with an idea of what she did for the world and the changes she made,” she said in a March interview. “She’s still such a huge part of our zeitgeist … I think we want to celebrate her.”

She recorded her thoughts on tape

Much of what we know about Princess Diana’s personal life is thanks to audiotapes she recorded herself. Once she recognized her marriage to Prince Charles was falling apart, she documented her side of the story on a tape recorder and gave the tapes to her close friend, Dr. James Colthurst. He, in turn, gave them to journalist Andrew Morton so her words could get out to the public. From those tapes, Morton published the biography DIANA: Her True Story—In Her Own Words in 1992. No one knew Diana had a hand in the book’s production until after her death. Here are some more surprising facts you probably didn’t know about Princess Diana.

There are definitely ways to improve your relationship with your sibling, but we’re not sure if sharing a boyfriend is one of them. Before Diana and Charles started going steady, he dated her sister, Sarah. She introduced the two when Diana was just 16 and takes credit for their falling in love, calling herself Cupid.

Her grandmother worked for the queen

As prominent a public figure as Queen Elizabeth is, there’s still a lot that the public doesn’t know about her. One of those more intriguing bits of trivia is that the Queen Mother was close friends with Princess Diana’s grandmother, Ruth Fermoy. She was one of Her Majesty’s ladies-in-waiting and later held the title Woman of the Bedchamber, which meant that she was the Queen’s right-hand woman and assisted with important social engagements. Here are some more facts (and scandals!) you never knew about Queen Elizabeth II.

She and her husband were related

The royal family tree can get pretty complicated, but don’t worry, there’s nothing incestuous about this marriage. Princess Di and Prince Charles were distantly related. Specifically, they were 16th cousins once removed, through King Henry VII.

She had a poor sex life

In her tape recordings, Princess Diana discussed her married life in great detail, even calling her wedding day “the worst day of her life.” Specifically, she talked at length about her lack of a sex life, saying that she and her husband had sex but it was “very odd.” By the time she made the recordings, their sex life had been going downhill for seven years. She went on to say, “There was no requirement for (sex) from his case. Sort of once every three weeks… and I kept thinking it followed a pattern. He used to see his lady (Camilla) once every three weeks before we got married.” Learn more about the real story of what happened between Charles and Diana.

She messed up her wedding vows

In hindsight, Princess Diana messing up her wedding vows may seem like a sign her marriage was bound to fail, but in reality, she just caught a case of wedding day jitters. During the vows, she called her husband “Philip Charles” instead of “Charles Philip,” mixing up his first and middle names. Here are some more little mistakes that happened on royal wedding days.

She ate in the kitchen

It was against royal family etiquette to eat in the kitchen with staffers and not in a dining room, but Princess Diana was no stranger to breaking protocol. Her personal chef, Darren McGrady, said she would just walk into the kitchen and eat at a countertop while he tidied up, which was unheard of coming from any royal. She would even make coffee for the two of them. Check out these stunning, rarely seen photos of the People’s Princess.

One of the most troubling revelations from Princess Diana’s audiotapes was that she struggled with depression and even attempted to take her own life. She said in her recordings, “I was so depressed, and I was trying to cut my wrists with razor blades.” She also talked about having bulimia and that the eating disorder started after Prince Charles put his hand on her waist and said, “A bit chubby here, aren’t we?”

She was harassed by the paparazzi

With three new documentaries about Princess Diana set to premiere, Prince William and Prince Harry are opening up about their memories of their mother. Some are uplifting, like how she involved them in her charitable work. But their recollections of Diana dealing with the paparazzi are disturbing. As Prince William says in the ITV and HBO documentary, Diana, Our Mother: Her Life and Legacy: “If you are the Princess of Wales and you’re a mother, I don’t believe being chased by 30 guys on motorbikes who block your path, who spit at you to get a reaction from you and make a woman cry in public to get a photograph, is appropriate. Harry and I, we had to live through that.” Here’s how Prince Harry and Prince William are keeping their mother’s memory alive twenty years after her death.