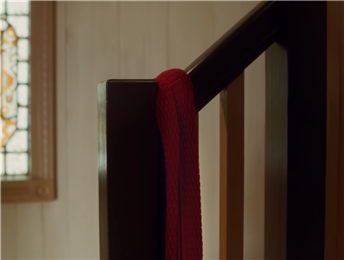 Hours have apparently passed since Taylor Swift dropped her “All Too Well” short film, but time won’t fly — it’s like we’re paralyzed by it. The video, which Swift wrote, directed, and starred in alongside Sadie Sink and Dylan O’Brien, features the expanded version of the Red track, included on her new re-recorded edition of the classic.

As Swift noted at the premiere in New York City on Friday afternoon, “All Too Well” was a non-single that’s become the most beloved song in her catalogue, rumored to be about her brief relationship with Jake Gyllenhaal but never confirmed. And the folklore around it has only intensified with the new verses. It’s hard to believe there was ever a time where we didn’t know the “Fuck the patriarchy” line, now a candidate for the most anthemic lyric of 2021 (next to Billie Eilish’s “You made me hate this city!”).

As Swifties were quick to point out, the songwriter packed the video with her usual Easter eggs, from the fitting color of Sink’s hair to the 13 years that pass following their breakup (her favorite number). Beyond those eggs, here’s a roundup of our favorite moments from the film.

If Maggie Gyllenhaal was confused about the scarlet neckwear Swift supposedly left at her house, this shot should clear things up. Sink enters the cozy home of O’Brien in upstate New York, draping her scarf over the stair post. It’s the main character in the story, the invisible string that holds it all together. We catch the scarf again at the end of the film, when the older O’Brien (played by Jake Lyons) looks longingly through the window of the Brooklyn bookstore at the older Sink (played by Swift), and he’s wearing the scarf. It’s a genius, full-circle move that, as Rolling Stone writer and Swift scholar Rob Sheffield pointed out, is similar to the Rosebud sled in Citizen Kane. Years later, this will be considered the real Mank.

There’s obvious chemistry between Sink, known for her role as Max on Stranger Things, and O’Brien, who broke out on Teen Wolf (and recently appeared as himself on Curb Your Enthusiasm — what a month this guy must be having). The first part of the video, “An Upstate Escape,” shows the couple in their honeymoon phase, driving through fall foliage and sitting by the water listening to music. In a 2010s moment, the two each share an ear phone and cuddle. Given their location, one can only hope they’re listening to The Basement Tapes.

As the relationship begins to unravel in the next chapter (“The First Crack in the Glass”) a fight erupts after the couple host a dinner party. Sink’s character is rightfully upset, explaining that she felt ignored and isolated the entire evening in front of his older friends (and, plus, he dropped her hand). Beyond the incredible acting, what’s amazing about this scene is the way Sink makes sure to scrape the food off each plate and rinse it with water before putting it in the dishwasher — the organized and proper way to do the dishes. As it segues into the next chapter (“Are You Real?”) they shift to a different kitchen, presumably the one back upstate. One of the many highlights occurs here, where the literally dance in the refrigerator light (!). And once again, the kitchen is spotless. The fridge hangs open, its fluorescent light shining on an organized assortment of fruits and vegetables, while a coffee machine is spotted on the left. This relationship might be a mess, but the kitchens remain on-point.

There’s a lot to unpack in this scene, but the most important takeaway is that O’Brien’s character owns a keychain that says “Fuck the patriarchy” and tosses it to Sink as he spontaneously gets out of the car and starts a screaming match over the phone. She stands there bewildered in Evermore-like plaid, wondering why this asshole owns a keychain dissing the very social system he’s integral to. The clip resembles a real-life paparazzi photo of Gyllenhaal and Swift in the car, and yes, the keychain is currently for sale on Swift’s site.

Swift makes sure to show the color red frequently across the video — from Sink’s coffee mug to the red lipstick she wears. But the greatest example is the red typewriter, which Sink furiously pounds on while fighting through tears following the split (“The Breaking Point”) only to snatch the paper and ball it up (“I’m a crumpled up piece of paper lying here,” she sings). When the film flashes forward 13 years, we see that the character still owns it, resting next to a red lamp on a desk in a swanky apartment. You just can’t make that up.

Director Shawn Levy stars as Sink’s dad in a flashback, who appears utterly charmed by O’Brien at the dinner table as they sip coffee and joke (“Like you were on a late night show”). Levy doesn’t look anything remotely like Swift’s real-life father, but he gets a pass since he’s actually the executive producer of Stranger Things (as well as the director of Cheaper By the Dozen, Night at the Museum and a couple episodes of the obscure Disney series So Weird). It would be ideal if Winona Ryder is in the next room over, putting up Christmas lights exactly on schedule.

Sink having red hair is no coincidence, and neither is Swift’s when she appears as the older version of her in the chapter “Thirteen Years Gone.” It’s a deep red that compliments the freckles sprinkled across her cheeks, as she fastens her earrings and heads out the door. She’s gone this color before — see the videos for “Bad Blood” and even “Babe” — but it takes on a whole new meaning in the Redaissance, where she quips, “I’ll get older, but your lovers stay my age.”

The short film gives fans closure for the love affair, as we see Swift’s character leave her apartment and head to a reading for her debut novel All Too Well, presumably a retelling of the relationship. Its cover recalls Shel Silverstein’s The Giving Tree, as a red scarf is tied to a tree, blowing in the wind. The crowd hangs on to her every word as she reads inside the bookstore, which looks straight out of a scene from You’ve Got Mail. Swift actually included a glimpse of the All Too Well book in her new fall video, where she’s seen writing “Just between us, did the love affair maim you too?” on the last page. Obviously, the answer is yes.