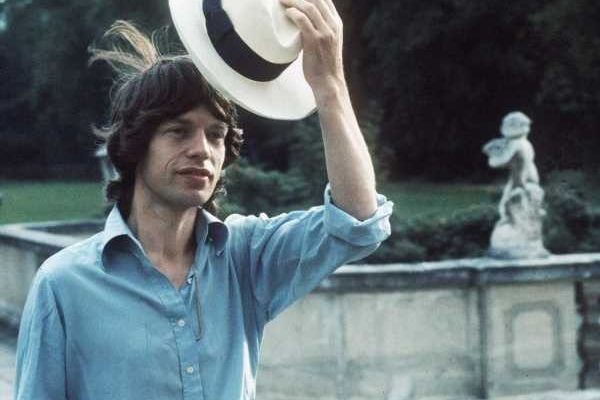 Many fans consider “(I Can’t Get No) Satisfaction” to be The Rolling Stones’ signature song — and Mick Jagger agrees. During an interview, he discussed the “ingredients” that made the song a classic. He also said the track might not have been successful if not for another British invasion group.

In 1995, Jann S. Wenner published a Rolling Stone interview with Jagger titled “Mick Jagger Remembers.” During the latter interview, Wenner asked Jagger if there was anything else left to say about “(I Can’t Get No) Satisfaction.” Firstly, Jagger noted that Keith Richards didn’t think the song should be a single.

Jagger cited it as the song that transformed The Rolling Stones from an average band into a “monster band.” “We weren’t American, and America was a big thing, and we always wanted to make it here,” he recalled. “It was very impressive the way that song and the popularity of the band became a worldwide thing. You know, we went to playing Singapore.”

Jagger said “(I Can’t Get No) Satisfaction” owed some of its success to The Beatles. “The Beatles really opened all that up,” he said. “But to do that you needed the song; otherwise you were just a picture in the newspaper, and you had these little hits.”

Wenner asked Jagger if he viewed “(I Can’t Get No) Satisfaction” as a classic song. “Well, it’s a signature tune, really, rather than a great, classic painting, ’cause it’s only like one thing – a kind of signature that everyone knows,” Jagger responded.

Wenner asked Jagger what “ingredients” made the song a classic. “It has a very catchy guitar riff,” he said. “It has a great guitar sound, which was original at that time. And it captures a spirit of the times, which is very important in those kind of songs.”

The song became a massive hit in the United Kingdom as well. According to The Official Charts Company, the song reached No. 1 in the U.K. and lasted on the charts for 12 weeks. Devo, Britney Spears, Otis Redding, and other famous artists subsequently covered the song. The track also made a memorable appearance in Apocalypse Now. “(I Can’t Get No) Satisfaction” is a classic song — thanks to a few key “ingredients.”