While Normani may have risen to fame as one-fifth of the girl group Fifth Harmony, she actually auditioned as a solo artist on “The X Factor” before being put into the group on the same show. While in Fifth Harmony, Normani enjoyed her fair share of success. According to Billboard, the group achieved three consecutive Top 5 albums on the Billboard 200 and eight entries on the Hot 100. Fifth Harmony has not released music as a group since 2017, allowing Normani to shine on her own as a solo artist — which was her original plan. Her debut single, “Love Lies,” featured fellow R&B star Khalid and secured Normani her first Top 10 single of her own. Since then, she has teamed up with Sam Smith, Cardi B, and 6LACK for releases.

Over time, many fans have noticed that Normani wasn’t exactly at the forefront while she was a member of Fifth Harmony. With such star power and a successful solo career, many fans have wondered why this was the case. In a new interview, Normani has revealed why this decision was made. Keep reading to find out more.

Normani was recommended to suppress her individual talent 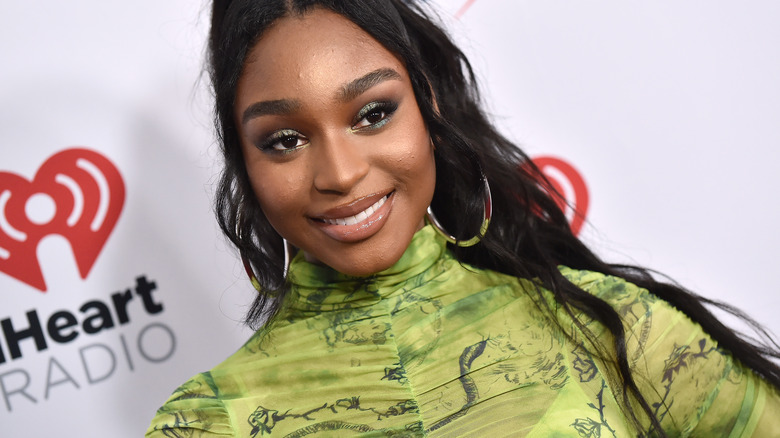 Despite being in one of the most successful girl groups from the past decade, Normani’s vocals did not feature too much in Fifth Harmony’s songs. Why? She was encouraged to blend in with her other members rather than showcase her individual talent. “I didn’t get to really sing in the group. I felt like I was overlooked,” Normani told Allure magazine, adding, “That idea has been projected on me. Like, this is your place.”

Now Normani has chosen to pursue a solo career, she is more driven and determined than ever. But most importantly, she knows her worth. “I’m reinventing myself,” Normani stated. “Now you all are finally going to be able to see me tap into that awareness – that I know I’m the s**t.” The “Dancing With a Stranger” hitmaker is currently working on her long-awaited debut album. And, as she explained to Allure, she is very hands-on with the project, working alongside huge hitmakers such as Victoria Monét, Tayla Parx, Rodney Jerkins, and The-Dream. We’re ready for you to slay, Normani!