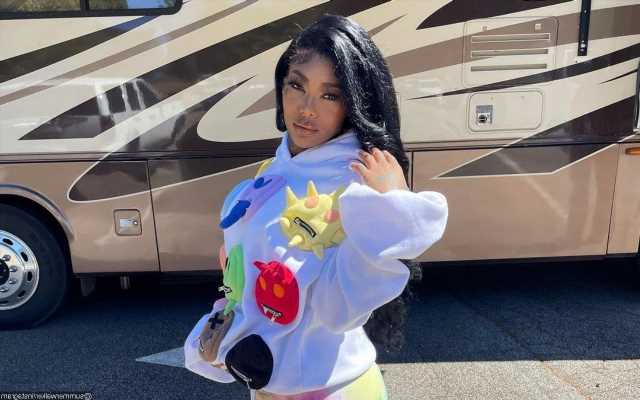 According to a recent report, the ‘Still Over It’ artist is in a ‘lopsided record deal’ with LVRN as it notes that some managers even describe the deal as ‘brutal.’

AceShowbiz -After her deal was widely spread on the Internet, Summer Walker finally set the record straight. The “Still Over It” artist took to her Instagram account to weigh in on the chatter regarding her record deal with LVRN, which allegedly contains about her not owning her masters and only receiving 15 percent of her royalties.

“I’ve been seeing a lot of chatter online,” the singer wrote on Monday, November 8. “I didn’t say anything because I wanted to stay focused on releasing my album. Now let me clear the air. What that article said is not my current record deal. Over the years my deal has changed many times. I’ve always had my own representation and full support from LVRN.”

“Thank you to my fans for always having my back and for all of the love ya’ll keep showing my new album. Appreciate y’all!!” she added.

Prior to this, Rolling Stone reported that Summer was allegedly in a “lopsided record deal.” In the 2017 versions of Summer’s agreements with label and management company Love Renaissance (LVRN), she was offered a low advance payment and a low royalty rate by current industry standards. Some managers even described the deal as “brutal.”

Co-founder o LVRN also debunked the report prior to Summer. “Look at the timing – also rolling stone has written 2 negative articles about us in the last 2 weeks – u think about it,” so the management said.

The report arrived after Summer released her new album “Still Over It”. The new set is supported by single “Ex for a Reason” in addition to containing features by SZA, Ari Lennox, Lil Durk and Omarion among others.

Summer’s first studio album previously bowed at No. 2 after earning 134,000 equivalent album units earned. Of the sum, 14,000 were album sales and 1,000 were TEA units. Meanwhile, SEA units comprised 119,000 units. At the time, Summer dethroned Beyonce Knowles‘ “Lemonade” record as the biggest streaming week for an R&B album by a female artist.