On Dec. 6, Halsey released two new songs from her upcoming album, Manic. She dropped “SUGA’s Interlude” and the song and music video for “Finally // Beautiful Stranger.” “SUGA’s Interlude” is a collaboration with Suga, a rapper and producer from the Korean band BTS. After its release, “SUGA’s Interlude” quickly rose to the No.1 spot on iTunes charts around the world. 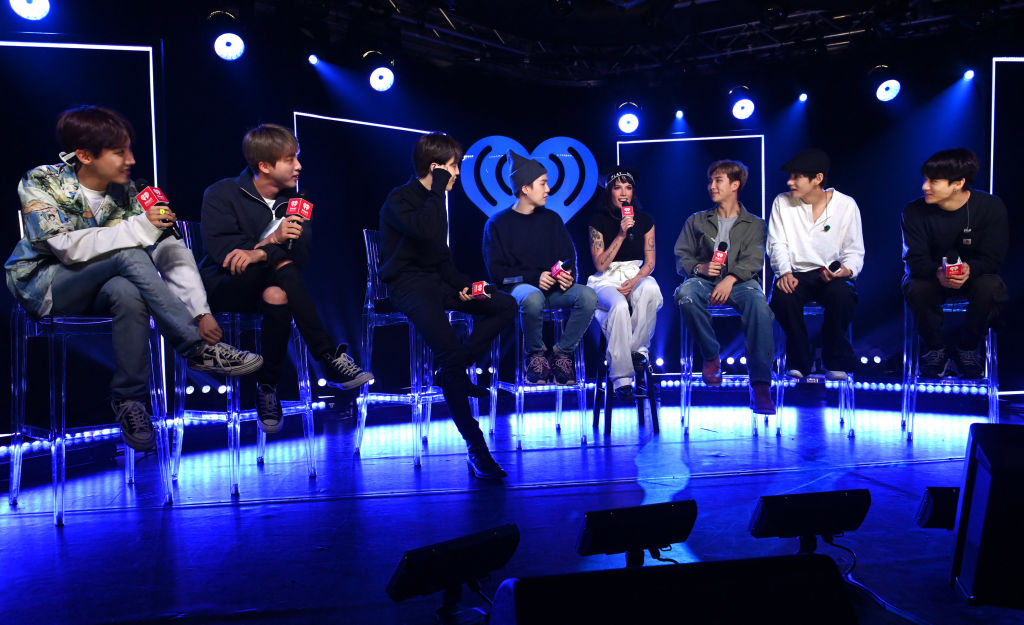 Halsey and the members of BTS share a close friendship. After announcing the tracklist for her upcoming album, Manic, Halsey told fans why she chose Suga to collaborate on “SUGA’s Interlude.” In an Instragram live video, Halsey explained that she appreciates Suga’s artistry and his introspective way of thinking.

After releasing “SUGA’s Interlude” on Dec. 6, Halsey posted a message on her Instagram story explaining the process behind the collaboration.

We put a song out yesterday and today we get to celebrate in person!!!! ✨💕🌸🦋Best feeling in the world!

“So unbelievably proud and happy with Suga’s Interlude. This song was very carefully crafted by us. Every production choice by all of us was intentional to provoke a feeling,” Halsey wrote on Instagram.

She continued, “I wanted Yoongi because I am a huge fan of his solo music and I knew he would be the perfect person to paint a picture that was beautifully tragic. And I am honored to have, on my album, such a song that transcends language and shows that the human experience is fundamentally the same universally.”

‘SUGA’s Interlude’ reached the No.2 spot on the US iTunes chart

After its release, “SUGA’s Interlude” reached the No.2 spot on the U.S. iTunes chart. On Dec. 6, Taylor Swift, Harry Styles, Camila Cabello, and more artists released new music as well, making the climb of “SUGA’s Interlude” even more impressive. Because of the relatable and touching lyrics, the song resonated with fans.

“I JUST FEEL LIKE A LOT OF US ARE AT AN AGE where we are scared of our futures?? because it’s so incredibly scary? and min yoongi is just kinda holding our hand saying HEY THATS OKAY THAT YOU FEEL THAT WAY, YOU ARE NOT ALONE, I UNDERSTAND YOU,” a fan tweeted.

“the lyric translation … yoongi is talking about the struggles of being famous and the constant worry of the future, how he doesnt know if the steps hes taking are the right steps but amidst all the fear we have to keep living and moving forward,” wrote a Twitter user.

“I also want to thank @halsey for letting Yoongi create this song and rap in korean on it. She put her trust in him, and mind that this album is very personal and important for her and it’s really heart warming seeing they together made this masterpiece. On repeat #SUGAsInterlude,” one fan tweeted.

The song reached the No.1 spot on the Worldwide iTunes Song Chart