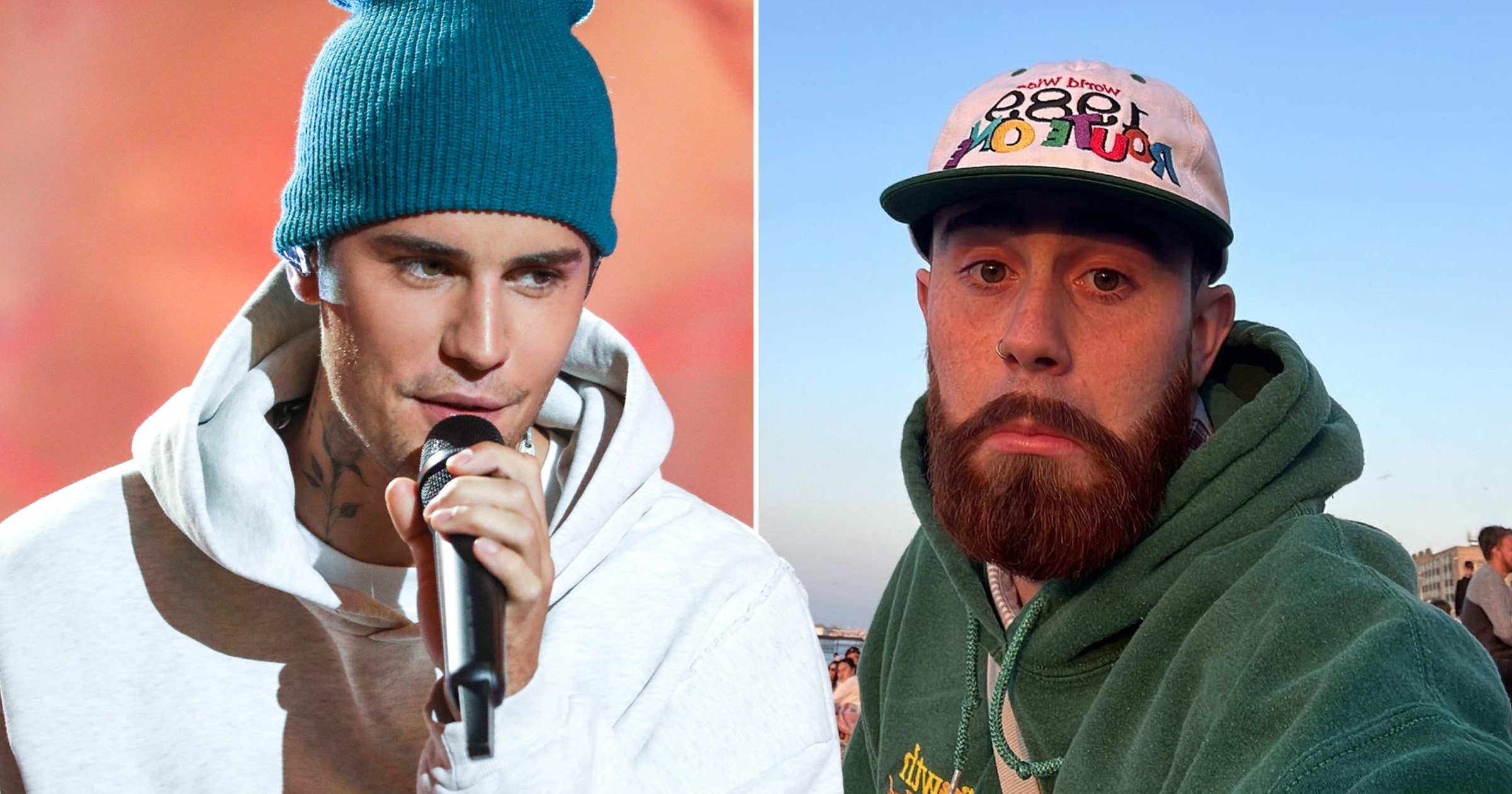 Justin Bieber and Sam Tompkins have a lot more in common than just music, as the pals have spent time bonding over their faith.

Brighton-native Sam is enjoying a huge wave of success right now with his debut EP, Who Do You Pray To, reaching the UK’s top 10 last month, while he recently went viral with his song To The Moon, which has soundtracked many TikTok and Instagram videos.

Sam’s music has caught the ears of Sir Elton John, Shawn Mendes and Bieber, who even covered one of the rising star’s songs.

‘My life has become what feels like a simulation at this point, it doesn’t actually feel real,’ Sam told Metro.co.uk ahead of his tour show in Kentish Town last night.

‘All of the stuff that’s happening I’ve had on my mental mood board for my whole life, and now that it’s happening, it sort of feels like, “Jesus, where did the time go?”

Sam, 24, has been blown away by the support from his musical peers, and said of Bieber: ‘We’ve become really good friends and he’s a very special person.

‘Nothing really surprised me about him because I’ve been a fan of him my whole life and he’s just very self aware, very nice and loving and cares for everyone. I wasn’t surprised at all by how nice he was.

‘I’ve looked up to him for so long and he just happens to be my friend now. He’s a really good guy.’

Sam’s music is known for being introspective and covering hugely personal issues, such as grief and loss, and the title of his EP – Who Do You Pray To – speaks to the idea of exploring what helps people through difficult situations.

Bieber, 26, has turned to his faith increasingly in recent years and Sam admits it’s something they ‘have in common’.

‘We did bond over faith, when we hung out in LA we went to church together,’ the singer revealed.

‘That’s not something I’ve ever done before. His friend who’s a pastor was doing a service and I thought it was fantastic. I live and breathe through my songs so everything you hear, especially on the last project, was very real so I’ve been experimenting with faith and what it means to be a man of faith.

‘Me and him have communicated about it and he’s been there if I have a question about it, he has good advice. He’s a good mentor, person and friend,’ he said.

Much like Ed Sheeran, the musician began his early career busking around Brighton and couldn’t be prouder of his humble beginnings.

‘I treasure my journey because it’s mine,’ he explained. ‘I think however I would have got to this position, I’d be pleased with it. It’s nice to know you can still write from the heart. Really emotional lyrics that are so personal and can cut through the noise. There’s something really special about that.’

Many will know Sam’s vocals from TikTok hit To The Moon, which samples Bruno Mars’ 2010 song Talking To The Moon, and features Jnr Choi.

Reflecting on the unprecedented success, Sam said: ‘It’s been very strange because I just recorded that song in my living room in my flat when I was bored one day and then released it on Instagram and it’s taken over the world a little bit.

‘It’s surreal and doesn’t feel normal but I’d be more jumping up and down all the time if I’d actually written the song, because that’s what I pride myself over. It’s just a sample but I’m very grateful for what it’s done for me and I can’t wait to write one of those myself.’

Sam performed to fans at Kentish Town Forum in London last night as part of his sold-out European tour.

He’s now on a proper tour bus – an upgrade compared to before – but remains as humble as ever with his tour rider more tame than diva.

‘[It’s] really boring! It’s ginger tea, a bunch of bottles of water and a beer for my mates. Nothing major – no duvets or pillows with duck feathers,’ he revealed.

Sam Tompkins’ tour moves on to Manchester Academy 2 on April 11.