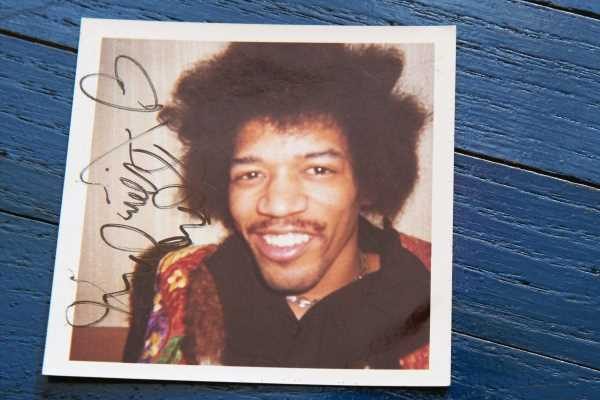 Jimi Hendrix gave us many classic rock albums; however, Quincy Jones said he lost the chance to work on one of his albums. He attributed this to Hendrix being a bit of a coward and that he was scared to work alongside other celebrities. Interestingly, Jones says a living celebrity can sing and play the guitar like Hendrix even though this celebrity isn’t famous for being a musician.

During an interview with Vulture, David Marchese asked Jones about his feelings about rock ‘n’ roll. Jones dismissed rock ‘n’ roll as simply a white version of rhythm and blues. However, he did imply he would’ve liked to see an iconic moment in rock music history.

“Those festivals ain’t my thing,” Jones revealed. “Elon Musk keeps trying to get me to go to Burning Man. No thank you. But who knew what Woodstock would turn out to be? Jimi Hendrix was out there f*** up the national anthem.” Jones was referring to the time Hendrix played “The Star-Spangled Banner” in an unorthodox way.

Marchese asked Jones if Hendrix was supposed to play guitar on Jones’ Gula Matari. “He was supposed to play on my album and he chickened out,” Jones recalled. “He was nervous to play with Toots Thielemans, Herbie Hancock, Hubert Laws, Roland Kirk — those are some scary motherf******. Toots was one of the greatest soloists that ever f****** lived. The cats on my records were the baddest cats in the world and Hendrix didn’t want to play with them.”

The way the world reacted to the album

Regardless, Gula Matari became a modest hit in the United States. The album reached No. 63 on the Billboard 200, remaining on the chart for 16 weeks. Gula Matari did not become a hit in the United Kingdom. The Official Charts Company reports the album did not chart in the U.K. Gula Matari‘s performance might have something to do with its lack of hit songs.

Hendrix is often considered one of the greatest guitarists who ever lived. Jones thinks someone alive has comparable talent: Paul Allen. Allen isn’t famous for being a guitarist. He’s known for co-founding Microsoft with Bill Gates. Marchese didn’t believe Jones’ assertion that Allen could play like Hendrix.

“Yeah, man,” Jones replied. “I went on a trip on his yacht, and he had David Crosby, Joe Walsh, Sean Lennon — all those crazy motherf*****. Then on the last two days, Stevie Wonder came on with his band and made Paul come up and play with him — he’s good, man.” Jones didn’t get to work with Hendrix on Gula Matari — but he thinks Allen can do similar things to a guitar.