For his tenth micro-concert Queen guitarist Brian May has covered and taught an Elvis Presley classic. The 72-year-old posted himself strumming and singing along to (You’re So Square) Baby I Don’t Care from Jailhouse Rock in a new Instagram video. He then went on to teach the chords to budding guitarists and reminisced playing the tune with Queen and Freddie Mercury.

“I played nothing but Rhythm guitar for the first year when I first took it up – and it stood me in good stead !!

“So ! Strum along or sing along or slam them skins – or a nice piano boogie Woogie part maybe ?!

“THANKS for the duets you’ve been posting, dear folks. I love it !!!” 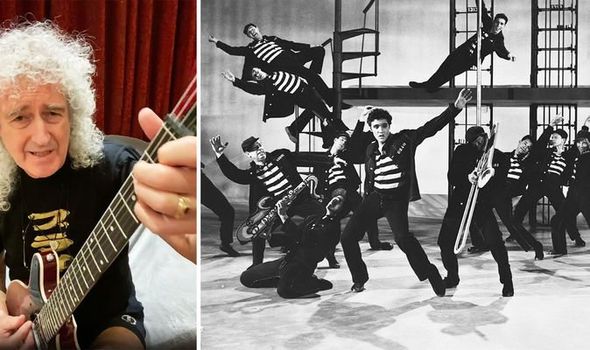 OK – I’m not a singer by trade – I found that out long ago – but I love to strum and sing – it’s the best way to start on a guitar. I played nothing but Rhythm guitar for the first year when I first took it up – and it stood me in good stead !! So ! Strum along or sing along or slam them skins – or a nice piano boogie Woogie part maybe ?! THANKS for the duets you’ve been posting, dear folks. I love it !!! And thanks for the gift of the hashmark, pal – #jamwithbri —- cheers folks — ������������������������ Ah ! By the way, the reason I am not using my original Red Special ? Sadly she is not with me. She’s self-isolating. Somewhere else … Bri

After playing Baby I Don’t Care, May said: “Old song sung by Elvis and Buddy Holly, written by Leiber and Stoller who wrote some amazing hits.

“It’s quite groovy I think!” He then went on to teach the chords and key for his fans.

“It was first seen in the film Jailhouse Rock with Elvis in it.” 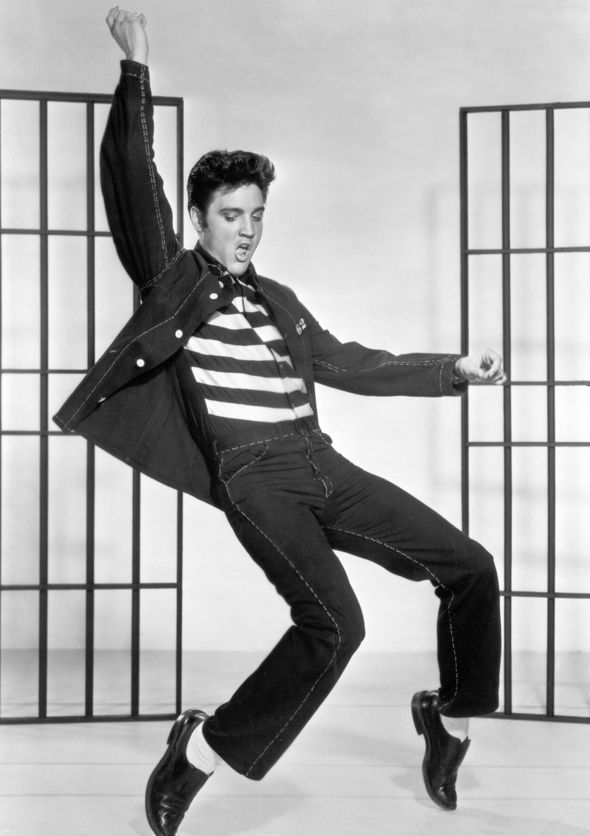 On the film scene in question, May said: “And he sings it around a swimming pool and nobody pays attention, it’s really interesting.

“But I guess that’s part of the story, but he ends up in jail and he does Jailhouse Rock which is an amazing number.

“Which we used to do as Queen as I seem to remember.”

May is absolutely right, with a live recording of Freddie Mercury also singing Baby I Don’t Care at Wembley in July 1986 being available to listen to on Spotify.

The Queen guitarist is loving covering some rock and roll classics, having played The Beatles the day before.

May performed You’ve Got To Hide Your Love Away from the Help! Album.

He then went on to praise John Lennon and The Beatles for being such an inspiration to him.

May said: “John Lennon would be the first to admit he wasn’t the greatest guitar player in the world, but my god, was he one the great songwriters of our age.

“Yeah, I love The Beatles…they are for me still, in a sense, The Bible. Everything that transpired in the rock and roll age that spurred me into action, was The Beatles really.

“The Beatles as purveyors of art in its complete form – the production, the songwriting, the singing, the playing – to be are just the bee’s knees and always will be.

“Sadly kind of underrated by the present generation, I think, because I don’t think their catalogue was handled very well. But my god, there is magic in every single Beatles track that you could ever come across, which is a sort of light in the darkness for me sometimes.”