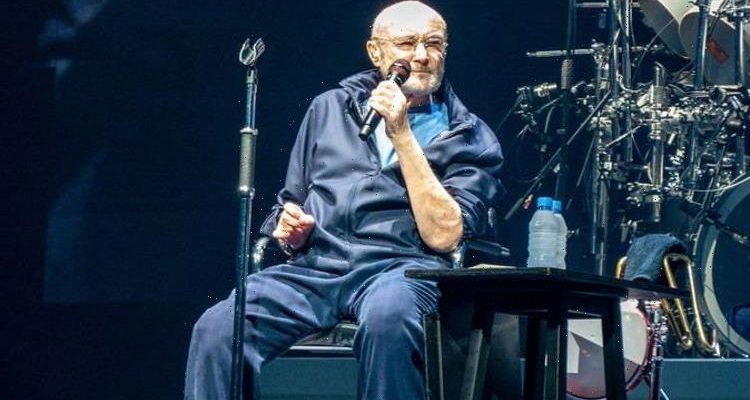 Phil Collins admits he can 'barely hold a drumstick'

The legendary musician has battled major physical problems which have left him struggling to stand and unable to hold drumsticks. Collins dislocated vertebrae in his neck in 2009 and a series of operations and subsequent setbacks have ended his ability to play the drums. All eyes were on the star as he took to the stage alongside bandmates Mike Rutherford and Tony Banks at Birmingham’s Utilita Arena.

It was the trio’s first time back on tour together for fourteen years, since 2007’s Turn It On Again world tour.

Collins performed the entire show from a special black chair on the stage, with a small sidetable and a couple of bottles of water.

The music legend may no longer be able to play his signature drum riffs, but his voice was in fine form (if a key lower) as you can hear below on the classic track Land of Confusion.

The set list included all of the band’s popular tracks, from Mama to That’s All. For the latter, the band gathered around Collins for a pared-down and more acoustic rendition. Scroll down to watch Genesis perform That’s All last night below here.

The young man behind them on drums, is in fact, Collins’ own son. Twenty-year-old Nicholas Collins has clearly inherited his father’s flair on the instrument that saw Collins Sr frequently voted one of the greatest drummers of all time.

Collins, who now uses a stick to walk, was able to take to his feet at the opening and close of the concert.

He walked on to huge applause from the crowd and from his own bandmates, Rutherford and Banks.

At the finale, he also joined everyone for a line-up, looking frail but determined, with his son to his left, on the other side of Banks.