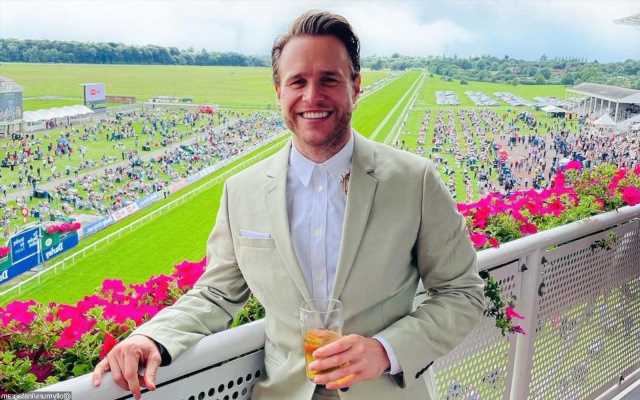 The ‘Dance with Me Tonight’ singer reportedly halted his performance to check on a female teen concertgoer who suffered seizure during his show in Essex, England.

AceShowbiz –Olly Murs halted a gig on Sunday night (29Aug21) to check on a young fan who was having an epileptic seizure in the audience.

The 37-year-old singer was performing at Colchester Castle Park in Essex, England when he noticed that teenager Abbie was in need of medical attention.

He paused the gig to ask if she was okay and, when she was moved to a chair near the stage, he came to check on her.

The 14-year-old’s mum Mel praised the “Dance With Me Tonight” singer for his kind behaviour as she recalled to Metro.co.uk, “Olly came down off the stage, came over to my daughter and asked her if she was okay, told her not to cry, asked her if she had had a nice time, and thanked her for coming.”

“He then told her he hopes she feels better soon, all the time holding her hands. We then made our way to the first aid tent but Olly said to the crowd that he would hold on a sec until my daughter was out. He actually paused an entire show to make sure she was okay which meant the world and shows what a kind genuine man he is.”

Mel added of the incident, “He made what was a scary, upsetting time so much nicer. She was in total shock bless her…Olly was amazing but the real hero here is my little girl who has been through hell this last year since her diagnosis. Olly is a hero too though.”

Following the concert, Mel took to Twitter to thank Olly once again, writing, “@ollymurs thank you for coming down off the stage to talk to my daughter after she had a seizure tonight. You really are so kind and you made her night xx.”

Olly then responded, “Oh god I hope she is ok!! Do send her my love x.”