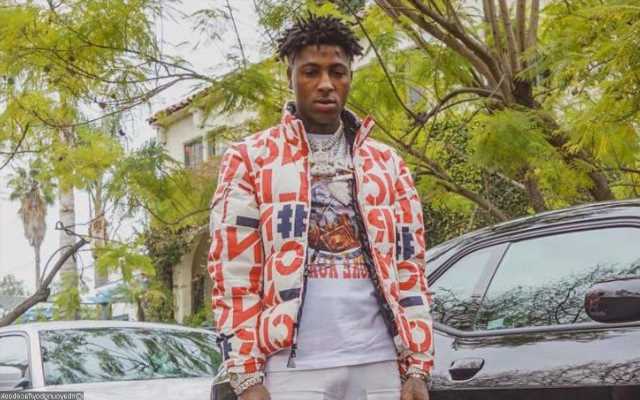 DJ Akademiks reveals that the emcee, whose real name is Kentrell DeSean Gaulden, turns down the offer because ‘he wants to be completely free’ doing his thing.

AceShowbiz -NBA YoungBoy a.k.a. YoungBoy Never Broke Again won’t be working with Atlantic Records anymore. The “Bandit” rapper reportedly has turned down $25 million as he refused to renew his contract with the label.

Revealing the news was DJ Akademiks during a recent Twitch session. “NBA YoungBoy is leaving. He will not be resigning. He didn’t like their offers. I can tell you they offered him like $25 million, and he turned it down,” Akademiks said.

YoungBoy himself didn’t shy away from speaking against Atlatntic Records. In February, he called out the label in a post that he shared on his YouTube Community page. “Why black ball me I’m the good guy,” he argued at thhat time. “I was going #1 two weeks straight with a mixtape so they took it down off the charts.”

“I don’t give a f**k you still can’t stop me,” the emcee, whose real name is Kentrell DeSean Gaulden, added. “Don’t sign to atlantic if you a artist they not gone support you especially if you live a certain way.”

YoungBoy was referring to his “Colors” mixtape which arrived on January 21. The 20-track deluxe edition, which debuted at No. 2 on the Billboard 200 albums chart, is no longer available on Apple Music for unknown reasons. However, it is still available on Spotify.

YoungBoy was not the only artist who voiced his disappointment towards the label. Meek Mill previously accused the label of hurting his relationship with Roddy Ricch and Rick Ross. He also claimed he was not allowed to “drop another project for 9 months at the end of [his] contract after [he] made them 100’s of millions” for the label.

The “Going Bad” spitter also believes that the label is “outsmarting young black kids,” “taking advantage” and “calling it business!” He then urged other musicians to “speak up and tell the truth while you winning not when you down!”