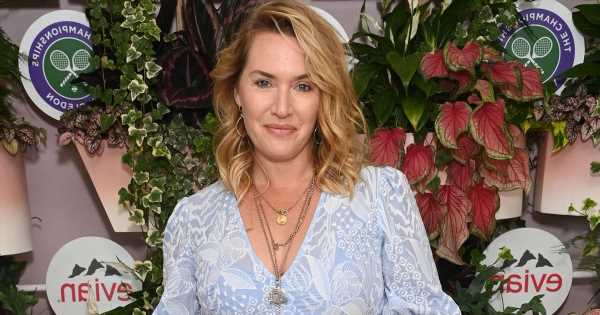 Kate Winslet has allegedly been rushed to hospital after being injured on a film set in Croatia.

The 46-year-old actress, best-known for starring as Rose Dawson in the 1997 movie Titanic, was working in Kupari, a Croatian village, when she is said to have injured her leg.

Kate was supposedly shooting a movie when the incident occurred.

Reports say that the Reading-born star was taken to Dubrovnik Hospital – which is around 15 minutes away from Kupari, with Kate arriving in a black van.

The Croatian press have said that the star of The Holiday walked into the hospital wearing black clothes and a face mask, and was accompanied by "several people".

Photos posted by the publication show the star with her blonde tresses tied atop her head in a messy bun, while walking into the building with someone by her side.

Daily Star have contacted Kate's representative for a comment.

Photographed above and below are the ruins of Hotel Grand in Dubrovnik, Croatia – which was being prepared earlier this year to be one of the locations filming a new HBO movie Lee.

The movie, which is about legendary Vogue magazine photographer Lee Miller, will played by Kate.

Other famous faces starring in the movie include Jude Law and Marion Cotillard.

Kate has worked with British actor Jude previously, with the pair both starring in beloved 2006 Christmas film The Holiday, where they played brother and sister.

The Holiday sees two women, Kate and Cameron Diaz, both plagued by "guy-problems".

Kate's character lives in a quaint English cottage, while Cameron's owns a huge mansion in America.

Switching homes and lives, their paths then cross Jude Law and Jack Black's characters and fall madly in love.

Daily Star has contacted a representative of Kate for comment.