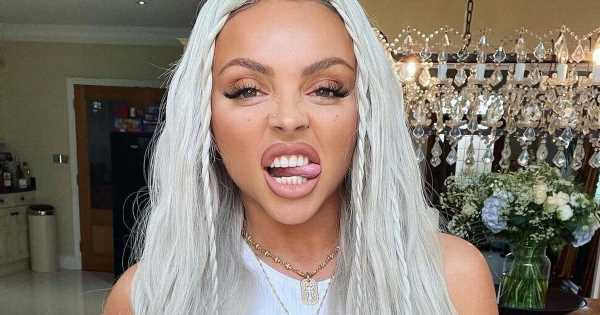 Jesy Nelson has showed off her stunning new hair transformation on social media, ahead of her pop comeback later this year.

The former Little Mix singer, 30, showed off her gorgeous brunette locks on Instagram, with the caption "she's feeling the new barn".

With beautiful mermaid waves and waist-length hair, she looked stunning as she showed off her new look, which was teamed with a white bralette in the photos.

The singer had previously been seen with platinum blonde hair in recent months.

Nelson also showed off a new look for a sexy magazine cover recently, ahead of the release of her debut solo single Boyz.

The cover showed the singer with two contrasting fire and ice looks, for a cover story in Noctis Magazine.

Talking to the magazine about her new album, she said, "I want my songs to genuinely come from me as fans can tell when a song has and when it hasn't.

"That's what a true artist is, when you really are authentic to yourself and tell your own stories.

"To be able to tell my truth and stories that people have never heard before is really nice and quite refreshing. It's like therapy for me."

Nelson had been due to perform her new solo single at the MTV Video Music Awards earlier in the month.

However, it was reported that the performance was in jeopardy as singer Nicky Minaj, who Nelson was due to perform with, pulled out of the MTV VMAs.

The singer first rose to fame with the band Little Mix, after winning the X Factor, and together, they went on to sell over 50 million records.

They are known for their hit singles including Black Magic, Woman like me, Wings and Shout out to my Ex.

However, Nelson left the band in 2020, for mental health reasons.

In 2019, Nelson won the award for Factual Entertainment at the National Television Awards, following the release of her critically acclaimed documentary, Jesy Nelson: Odd One Out.