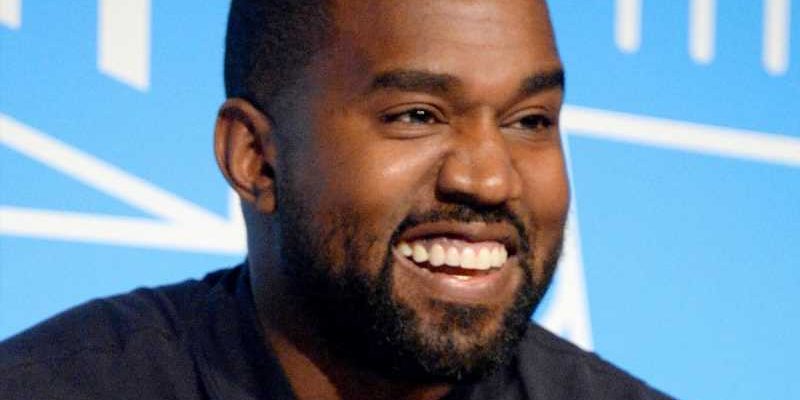 Kanye West is one of the most famous rappers in the world. The Chicago, Ill. native is known for his punny wordplay and innovative music styles across the rock, electro, punk, and gospel genres, per The New York Times. Because of his different approach to lyricism and music, West has made a name for himself as one of his genre’s greats.

The rapper has also been known for constantly reinventing himself outside of the music landscape with endeavors in fashion design and other areas, including architecture, politics, and philanthropy. West has had a successful partnership with Adidas for Yeezys since 2013, per Highsnobiety, and he’s made moves with other brands like Nike and Louis Vuitton, too.

And because West is such a unique person, fans may be wondering about his storied dating history pre-Kim Kardashian. Let’s take a deep dive into who he’s been linked to romantically, starting in the early 2000s, when he broke into the rap scene.

Early in his career, Kanye West was linked to a few people, including designer Alexis Phifer and model Amber Rose. West dated Phifer on and off for years starting in 2002, per MTV News. The couple even got engaged four years later in 2006. But Phifer and West ended their 18-month engagement in 2008. “It’s always sad when things like this end, and we remain friends,” Phifer told People at the time. “I wish him the best in his future and all of his endeavors. He’s one of the most talented people I’ve ever met.”

Next was one of West’s most famous relationships: Amber Rose. The two began dating in 2008, reported Complex, but it was the drama following their two-year relationship that made headlines. West essentially slut-shamed Rose during an interview with Power 105.1’s “The Breakfast Club” (via Page Six) in 2015, saying, “If Kim had dated me when I first wanted to be with her, there wouldn’t be an Amber Rose. It’s very hard for a woman to wanna be with someone that’s with Amber Rose. I had to take 30 showers before I got with Kim.” As for Rose’s response, she said on the “No Jumper” podcast (via Entertainment Tonight), “I’m indifferent…I don’t feel a connection where I’m concerned. That’s not my business.” There’s been no amicable relationship for the exes since.

In addition to Rose and Phifer, West was also reportedly linked to “Pussycat Dolls” member Melody Thornton in 2010.

Kanye West’s longest-lasting relationship to date was his seven-year-long marriage to reality TV star-turned-businesswoman Kim Kardashian. The two made their romantic courtship official in 2012, according to Vulture, after being friends for years and after several short-lived relationships. West said on Hot97 in 2013 (via Hollywood Life), “I felt like our love story is like a love story for the ages. I felt like when we first got together, it was like a Romeo-and-Juliet kind of thing.” And this set the tone for “Kimye.”

“Kimye” became known for their whirlwind romance and lavish displays of affection, including a destination wedding in Florence, Italy in 2014. And who could ever forget West getting saxophonist Kenny G to serenade Kardashian in a room full of red roses for Valentine’s Day?

West and Kardashian were the “it” couple of Hollywood and they had the family — including four children — and the lifestyle to go along with that status. It would be a huge surprise to their fans when they announced their split in 2021.

After seven years of marriage, Kanye West and Kim Kardashian shocked their fans when they announced that they were getting divorced. TMZ broke the news that the couple, aptly dubbed “Kimye,” was calling it quits after seven years of marriage. It was also reported that Kardashian was the one to initially file for the divorce. But she and her soon-to-be ex-husband have agreed on filing for joint legal and physical custody of their four children, North, Saint, Chicago, and Psalm. While it’s not super clear on why the couple is splitting up, inside sources cite “differences in lifestyle and politics,” TMZ reported.

Amidst a high-profile divorce, West seems to be moving on with his life. The rapper and Yeezy designer was even rumored to be dating Russian supermodel Irina Shayk. “Kanye West is now secretly dating Irina Shayk aka Bradley Cooper’s baby mama,” an anonymous source wrote to gossip platform DeuxMoi (via the Daily Mail).

Whoever West ends up with next, it’ll be interesting to see any new developments in his dating history.