Britney Spears’ mother, Lynne Spears, has remained quiet about her daughter’s conservatorship over the years. Following Britney’s statement in open court on June 23, many fans have been wondering how Lynne is feeling or whether or not she is part of the mistreatment that Britney told Los Angeles Supreme Court Judge Brenda Penny about. Back in September, Us Weekly reported that Lynne was “at war” with her ex-husband, Britney’s father Jamie Spears. “Britney’s family is at war with each other and it’s all because of the conservatorship,” a source told the outlet at the time.

“Lynne wants a care plan established that would transition Britney’s personal life out of the conservatorship. Jamie has told her that Britney needs long-term monitoring, and he doesn’t think she is prepared to take such a drastic action. With the conservatorship being extended until the beginning of 2021, Jamie was relieved because all he wants is to keep Britney safe and at her best,” the source told Us Weekly.

On July 3, a report in The New Yorker written by Ronan Farrrow and Jia Tolentino featured quotes from Lynne, who apparently discussed Britney’s current situation over the phone back in June. Keep reading to find out what Lynne had to say about her daughter’s conservatorship. 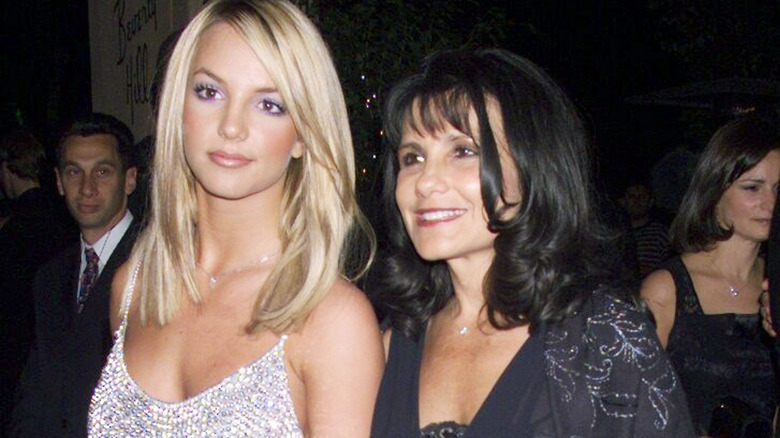 Lynne Spears told The New Yorker that she has “mixed feelings about everything.” Journalists Ronan Farrow and Jia Tolentino noted that Lynne spoke in a whisper. “I don’t know what to think … It’s a lot of pain, a lot of worry,” she said, adding “I’m good…I’m good at deflecting,” but not elaborating. The reporters noted that Lynne was “fastidiously polite as she declined to answer detailed questions about the case.” She also “apologized that she might have to hang up abruptly if other family members walked in and discovered her speaking to a reporter.” It’s unknown who would have been upset with Lynne had they found out who she was on the phone with.

Lynne’s exact role in the conservatorship over the years has been unclear. There are several outlets that have reported that Lynne has been kept on the outside, and that Jamie Spears has been running the show all this time; Lynne and Jamie divorced in 2002, according to Showbiz Cheatsheet. In July 2020, Lynne filed paperwork requesting to join the conservatorship, wishing to be included in any and all decisions that pertained to Britney’s finances, according to The Blast. That move has not yet been approved. Britney did not mention her mother or her father directly in court, but, rather, kept things broad by saying “my family” (via CNN). Britney hasn’t specified any of her family members’ roles in making her life miserable.