Once upon a time, Jennifer Lopez and Alex Rodriguez were one of the hottest power couples in Hollywood — but those does are long over!

It all started in March 2017, when People reported that Lopez and Rodriguez had struck up a romance. At that time, the pair wasn’t serious quite yet, and a source insisted that J.Lo was “being cautious” and that it was “just fun.” Nonetheless, the duo’s relationship took off from there, and within a few months, things clearly went from “just fun” to pretty serious. Lopez and Rodriguez made their relationship official with a trip to the 2017 Met Gala together, which A-Rod commemorated with an Instagram post.

Fast-forward to March 2019, and Rodriguez and Lopez announced their engagement after just over two years of dating. It surely looked like smooth sailing for the couple, but alas, their romance wouldn’t last, and they would never make it down the aisle. In a joint statement, via TODAY, the two announced their split in April 2021. “We have realized we are better as friends and look forward to remaining so,” they explained. “We will continue to work together and support each other on our shared businesses and projects.”

Since announcing their breakup, both Lopez and Rodriguez have kept relatively quiet and haven’t said anything about each other. Now, however, J.Lo has made a pretty telling move that wipes away much of her history with Rodriguez. Keep reading to learn more!

Jennifer Lopez deleted all her pictures with Alex Rodriguez from Instagram 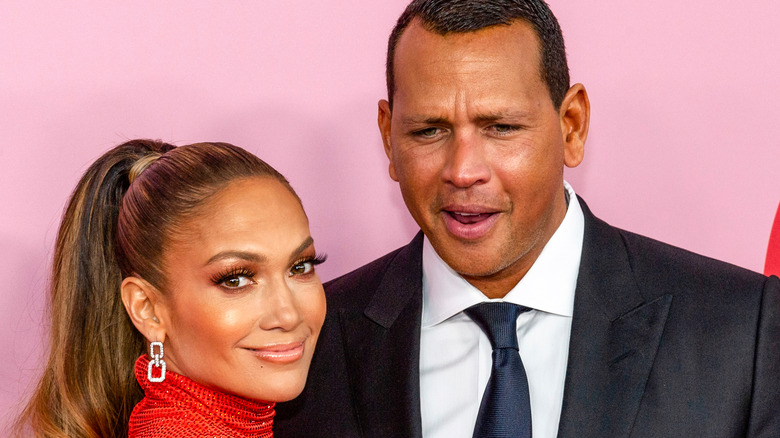 Everyone handles breakups in their own way … and if you are Jennifer Lopez, that means wiping your social media clean of all traces of your ex!

As of August 14, 2021, J.Lo has deleted every trace of ex-fiance Alex Rodriguez from her Instagram (via Page Six). Not only that, but she has also unfollowed her former beau, making it pretty clear that she has moved on. As of the time of this writing, Rodriguez has not deleted any photos of him and Lopez from his feed, with Lopez appearing quite often in his pre-breakup posts. One of the couple’s last big outings together was for the 2021 presidential inauguration, where J.Lo performed, and which A-Rod still has commemorated on his Instagram.

Though Lopez’s sudden Instagram cleansing comes at a seemingly random time considering the fact that she and Rodriguez called it quits months ago, it’s not very surprising. Shortly after her breakup with Rodriguez, rumors immediately began swirling that Lopez had struck up a rekindled romance with her former fiance Ben Affleck. After months of speculation, Lopez finally confirmed the rumors in July, when she posted a photoset that included a steamy shot between her and Affleck. Clearly, J.Lo has moved on, and her Instagram feed now very much reflects that fact!