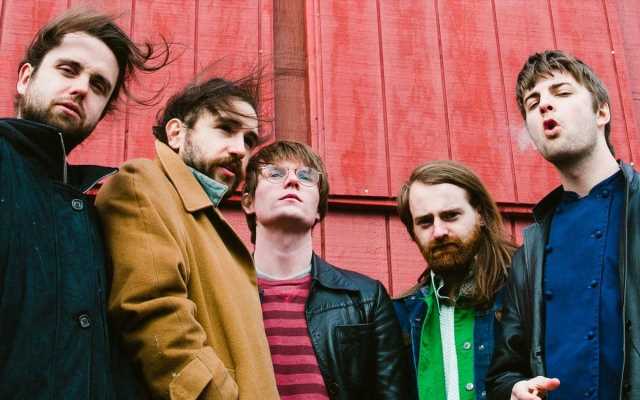 Singer Grian Chatten is ‘truly heartbroken’ for causing the ‘Hero’s Death’ band to pull out of a scheduled show at a music festival as he is struggling with health issue.

AceShowbiz -Cult rockers Fontaines D.C. pulled out of a festival set in Dublin, Ireland on Sunday (28Nov21) to allow frontman Grian Chatten to recover from an injury.

The band was set to perform alongside Sigrid and Sam Fender at the Other Voices festival, but broke the news to fans hours before showtime.

In a statement posted to Twitter, Chatten wrote, “I’m truly heartbroken to say that I won’t be able to perform at Other Voices tonight. This is due to a debilitating back pain I’ve had for a few days now but was hoping to improve.”

“Rarely has one place played host to so many cherished memories as this town and this festival. We played in a small pub on the circuit there years ago and were lucky enough to be mesmerised by a performance from Gilla Band live-streamed to a telly in a pub next to the church.”

“It was one of the most exciting things I’d ever seen and tonight we had the chance to play that slot. However I can’t even put my own trousers on at the moment, so it’ll have to be another year. Sorry to anyone who is disappointed by this. I certainly am.”

The band released a live album “Live at Kilmainham Gaol” this summer, a year after launching their second studio LP “A Hero’s Death“.

The sophomore set was nominated for Best Rock Album at the 63rd annual Grammy Awards. It was up against Michael Kiwanuka‘s “Kiwanuka, Grace Potter‘s “Daylight, Sturgill Simpson‘s “Sound & Fury“, and The Strokes‘ “The New Abnormal”.