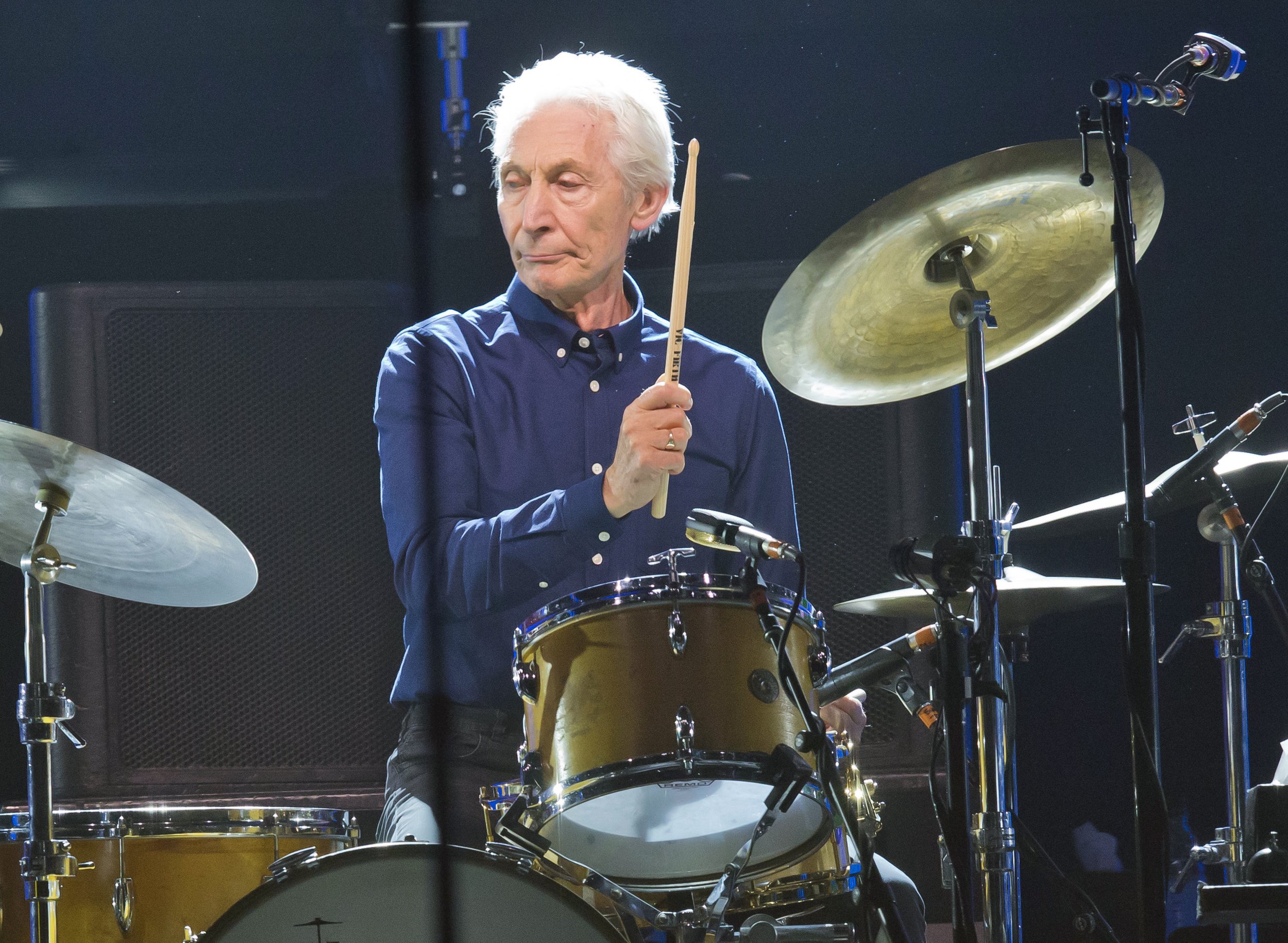 Music and rock royalty have united to honour Rolling Stones drummer Charlie Watts, following his death at the age of 80.

Watts’ publicist announced on Tuesday that the rock star had died ‘peacefully in a London hospital earlier today surrounded by his family’.

Sir Elton John lead tributes by sharing his condolences on the death of his fellow British music legend.

‘A very sad day. Charlie Watts was the ultimate drummer. The most stylish of men, and such brilliant company. My deepest condolences to Shirley, Seraphina and Charlotte. And of course, The Rolling Stones,’ he tweeted.

Nile Rodgers thanked Watts for his work, writing: ‘Rest In Power #CharlieWatts RIP. You are a smooth brother. Thanks for all the great music.’

The Kinks’ founder Dave Davis reflected on his past connection with Watts, sharing: ‘In total shock. Charlie Watts was a lovely guy. He will be sorely missed. Deepest sympathy to his wife, the band and all his family and friends.

‘I knew him a bit, I used to meet him on the train when I used to go to Devon years and years ago. He was a great drummer and a great guy, a one-off. Sorry Charlie.’

‘Charlie was a cherished husband, father and grandfather and also, as a member of The Rolling Stones, one of the greatest drummers of his generation.

‘We kindly request that the privacy of his family, band members and close friends is respected at this difficult time.’

Earlier this month, it was announced that Watts, who had been a member of The Rolling Stones since 1963, was to miss the band’s forthcoming US tour, which had been postponed last year due to the pandemic, as he recovered from an unspecified medical procedure.

Watts quipped at the time: ‘For once my timing has been a little off. I am working hard to get fully fit but I have today accepted on the advice of the experts that this will take a while.’

Alongside frontman Sir Mick Jagger and guitarist Keith Richards, he was among the longest-standing members of the Stones, which has seen a shifting line-up of musicians including Mick Taylor, Ronnie Wood and Bill Wyman.

The band became household names, with hits including Paint It Black, (I Can’t Get No) Satisfaction and Get Off of My Cloud soaring to the top of the charts around the world.

In 2004, Watts was given the all-clear after a four-month battle with throat cancer, involving six weeks of intensive radiotherapy treatment.

He is survived by wife Shirley Ann Shepherd, their daughter Seraphina, and granddaughter Charlotte.