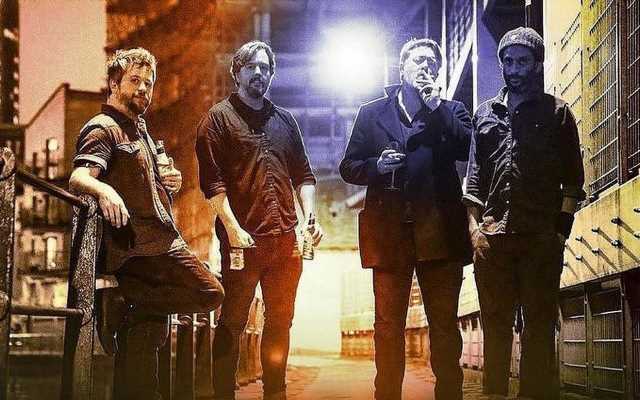 The Guy Garvey-fronted band are keen to help their late friend Richard Swift’s widow to pay off ‘some medical bill debts’ after he passed away from hepatitis.

The singer-songwriter died of hepatitis in 2018, having toured with Elbow several years earlier, leaving his heartbroken family with “some medical bill debts.”

According to singer Guy Garvey, the track “reminded (him) of Richard” and the band “directly lifted the end of Red Sky Radio’s chorus from Richard’s song Looking Back I Should Have Been Home More,” for which he’ll get a cut of the royalties.

“Richard’s widow, Shealynn, gave us permission to use it,” Guy tells Britain’s Daily Star newspaper. “Hopefully, she’ll get a bit of money from Richard’s songwriting credit, as Richard’s death left her some medical bill debts.”

“Mostly, our song is a homage to a very brilliant man.”

The singer said of the title track, “I seem to remember my first flying dream. Who knows if it’s a memory or a memory of a memory but it was in the house that my mother still lives in. I suppose in a way it’s a gently encouraging sentiment in the same vein as ‘Lippy Kids’ and it’s all set in the same place.”

“Flying dreams are supposed to be incredibly positive things and I used the flying dream as a jump off point, if you’ll forgive the pun, for describing the house I grew up in and what my family were like and the feelings of childhood that have been revitalised recently through seeing the world through the eyes of my son.”