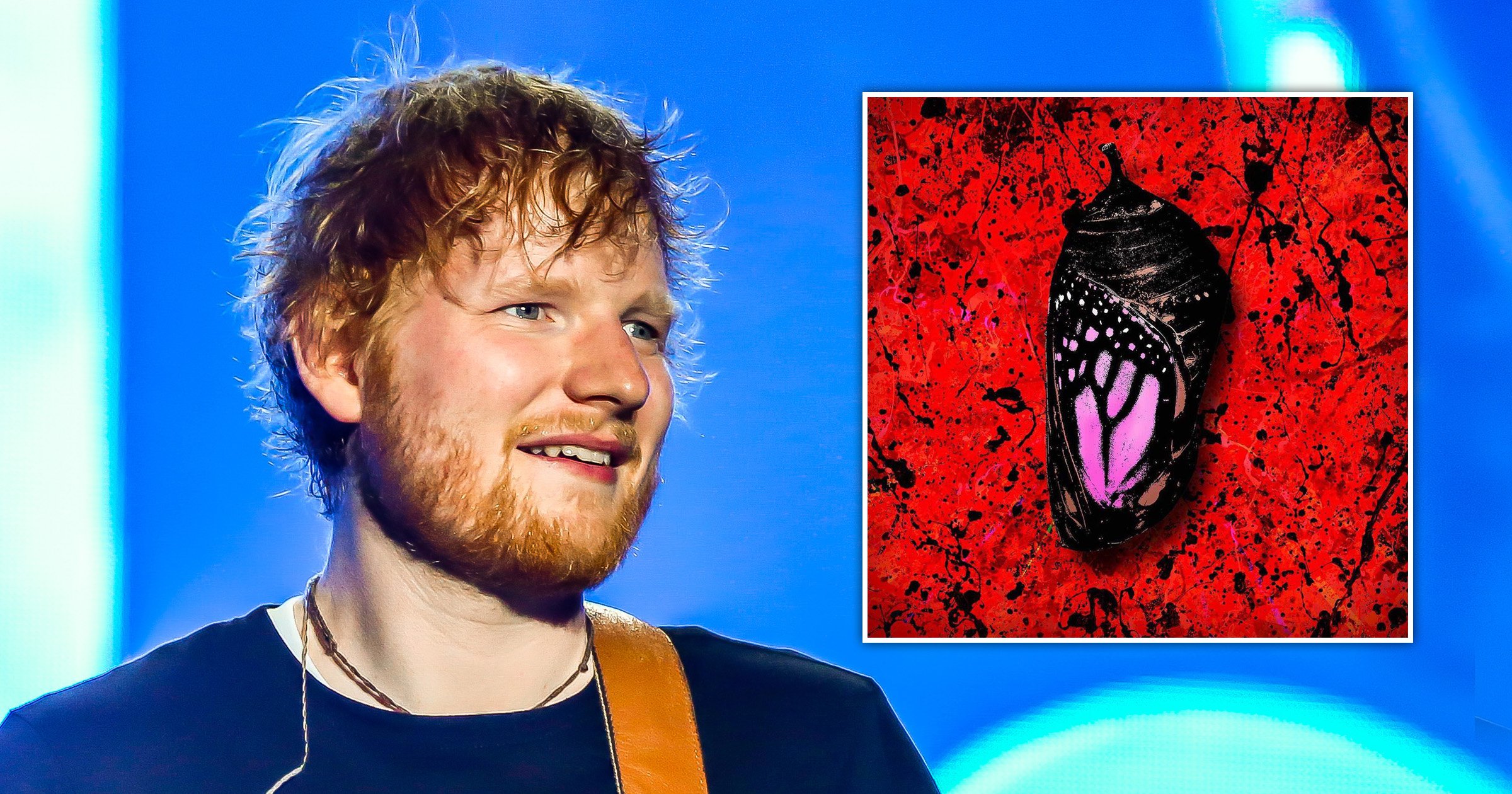 Ed Sheeran has sparked speculation that a new album could be on the way, after he teased he has ‘big news’ to announce.

The 30-year-old singer is currently riding high off the success of his latest single Bad Habits, which has spent seven consecutive weeks at number one on the UK Singles Chart.

Now Ed has shared a cryptic teaser across social media, revealing he will be livestreaming an important announcement tomorrow.

In the image he posted, we can see a black and pink butterfly, wrapped in a cocoon, in front of a red and black-splattered background.

While most fans are trying to work out what this means exactly, the image could allude to a possible album or single artwork.

Ed wrote: ‘Announcement tomorrow, 2pm U.K. time. Gonna do a livestream on here from then, tune in for the big news x.’

Over on Twitter, hyped fans have been trying to work out what Ed’s ‘big news’ could possibly be.

One tweeted: ‘ALBUM PLS’, while another questioned: ‘TRACKLIST?’

Another follower reckons that rather than being an album or single announcement, the ‘big news’ will be another remix for Bad Habits.

Some have even suggested possible album titles based on the teaser, including Metamorphosis and Chrysalis.

However, in keeping with tradition with his previous album titles, other fans believe that the upcoming record could be called – (minus), in reference to the mathematical symbol.

Either way, it sounds intriguing and promising.

Ed released his most recent studio album, No.6 Collaborations Project, in 2019, which saw him team up with musicians including Eminem, Justin Bieber and Stormzy.

Following the release of the record, the hitmaker took a break from music to spend time with his wife Cherry Seaborn and their daughter Lyra Antarctica, who was born in August 2020.

He began his musical comeback last December, releasing the track Afterglow just in time for Christmas. The song peaked at number two on the UK Singles Chart.