The moment everyone had been waiting for finally happened on July 3. Yes. After five years of dating, Gwen Stefani and country singer Blake Shelton tied the knot and are officially husband and wife.

According to Billboard, the pair first met in 2014 while both working on NBC’s “The Voice.” After Shelton divorced Miranda Lambert and Stefani called it quits with Gavin Rossdale in 2015, they formed a relationship later that year in November 2015. The high-profile duo got engaged in October 2020 and had left fans wondering when they would be exchanging vows.

As previously reported by Page Six, the happy couple got hitched at an intimate ceremony that took place at Shelton’s Oklahoma ranch. Shelton specifically built a chapel at his home because he had every intention of walking down the aisle with the music star and it seems their big day was incredibly beautiful. As noted by Page Six, the venue was decorated with flowers and looked like a dream venue.

Over the years, Shelton and Stefani have developed friendships with a number of famous faces. One person they mutually share as a friend is former “The Voice” coach Adam Levine. Did the Maroon 5 frontman attend their wedding? Keep reading to find out. 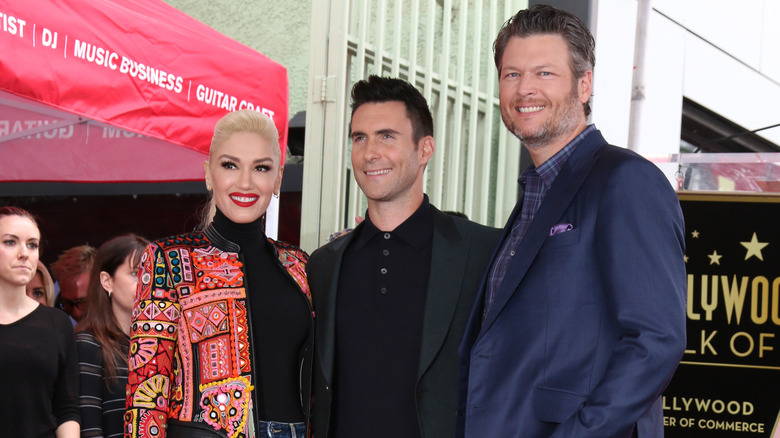 During an appearance on “The Ellen DeGeneres Show” in April 2021, Adam Levine stated he would be going to Blake Shelton and Gwen Stefani’s wedding after making fun of Shelton. “I’ll go to the wedding and I’ll object. I will probably not be invited now that I’m saying this on live television, but I’ll be there somehow,” he said, per Good Housekeeping. Prior to this interview, he announced on “Late Night with Seth Meyers” that he has plans to perform on their big day. However, none of this became true.

According to Page Six, Levine didn’t attend their ceremony because he was allegedly recording out of town in Miami. While Shelton and Stefani exchanged vows and said “I do,” Levine enjoyed a weekend with his wife, Behati Prinsloo, and their daughters. Even though the “What Lovers Do” hitmaker was a no-show, “The Voice” host Carson Daily found time to officiate the big event. As previously reported by TODAY, their ceremony had approximately 40 guests, which consisted of both of their immediate family and friends.