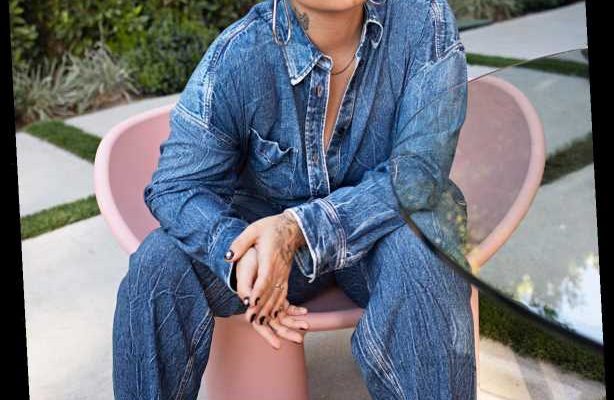 For months after her 2018 overdose, Demi Lovato had to relearn tasks that normally don't require a second thought.

"The physical implications of what had happened were really difficult to adjust to. As simple as tweezing your eyebrows, I had to figure out how to look higher so that I could see because my blind spots were in the main focal point of my vision," the pop star — whose new YouTube Originals docuseries, Demi Lovato: Dancing with the Devil sheds insight on her difficult recovery — tells PEOPLE exclusively in this week's issue.

"Even putting on a full outfit, I couldn't see my shoes. I'd have to ask somebody else, 'Do these shoes go with it?'" recalls Lovato, 28, who had organ failure, three strokes and a heart attack during her nearly two-week hospitalization.

Despite her new disabilities, Lovato says she made a concerted effort to hold onto a "great sense of humor" throughout the entire ordeal.

"I find that it's important to laugh when you can. When I did do things like spill drinks that I was pouring on Thanksgiving with my family and it spilled everywhere, we kind of laughed about it a little because you have to. It's incredible how the human body just adapts," she says. "I didn't ever have a period of time where I thought, 'Oh my God, my vision might be gone forever' [or] go into this panic attack. We just have to adapt, and that's how I did move forward with it."

Today Lovato still struggles with blind spots, hearing loss and tinnitus — but her focus remains on her emotional healing.

"Last year I had just done the Super Bowl and the Grammys, and I was getting ready to [finish] my album and go on tour — and then [the pandemic] hit," she says. "It forced me to slow down, and I'm really grateful for that opportunity to self-reflect, go inside and really do the work. I'm myself and I also have a very clear idea of who I am and what I want out of life today."

Single after calling off a whirlwind engagement last year with actor Max Ehrich, Lovato says one of the biggest lessons she's learned is that her "happiness comes from within and no other source."

"I have to be grounded and content on my own. This is a work-in-progress. I am ever-evolving," she says. "I'm not saying that I have it figured out, but I have made changes in my life that best suit me and my recovery and my journey and my growth."

Lovato's docuseries is directed by her friend, OBB Media founder Michael D. Ratner, who says he learned much of the singer's story as they went deeper into the filming process. "I didn't do deep research, and I had to really go and do all of that stuff as a director, not as a friend," says Ratner. "She wanted to tell her story … and those lowest moments to be represented because as we put in the documentary, you're not defined by those lowest moments. I can only commend Demi on her bravery for saying, 'I'm going to show that.'"

With her story now out in the world, Lovato — who also opened up about her experiences with sexual assault — says she's embracing her second chance.

"It feels like such a fresh start. I feel like I am the freest I've ever been. It feels great to live in my truth fearlessly," she says. "I feel proud, but I also know I'm not hanging my hat up yet. I have so much work to continue to do, and the work that I've done has been so exciting because it's opened up my doors to my spirituality, embracing my identity, coming into myself more and just exploring that."

For more on Demi Lovato and her emotional and physical recovery following a terrifying overdose three years ago, pick up the latest issue of PEOPLE, on newsstands Friday.

If you or someone you know has been sexually assaulted, please contact the National Sexual Assault Hotline at 1-800-656-HOPE (4673) or go to rainn.org.

If you or someone you know is struggling with addiction, please contact the SAMHSA substance abuse helpline at 1-800-662-HELP.

If you or someone you know is battling an eating disorder, please contact the National Eating Disorders Association (NEDA) at 1-800-931-2237 or go to NationalEatingDisorders.org.