The Choir of King’s College, Cambridge

As far as the English choral tradition is concerned, the Choir of King’s College, Cambridge are rock stars, albeit immaculately disciplined ones.

And with a reputation built on four-and-a-half centuries of continuous heritage, it’s little wonder they’re so celebrated around the world.

But at times during their first of two Melbourne performances, part of a nationwide tour with Musica Viva, this unquestionably accomplished group risked sounding a touch complacent. 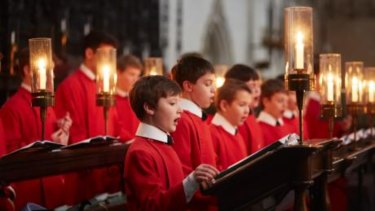 As one might expect of such a starry showcase, the bulk of the program was devoted to this choir’s greatest hits, namely sacred masterpieces of Renaissance polyphony.

Monteverdi’s Cantate Domino, Byrd’s Laudibus in Sanctis, and Cavalli’s Salve Regina offered displays of great precision, but this is music so thoroughly ingrained into the minds of these singers, certain corners felt somewhat workmanlike or else expressively cold.

The world premiere of Ross Edwards’ Singing the Love – a taut, rhythmically knotty setting of Psalm 100 – offered the singers a challenge they largely rose to, although certain passages were a little unflattering in their demands.

Pace, by Belize-born British composer Errollyn Wallen, was perhaps the simplest work on the bill. And yet, in its gentle minimalism it offered the best opportunity to hear just how finessed this choir’s blend can be, as well as their capacity for emotional sophistication.