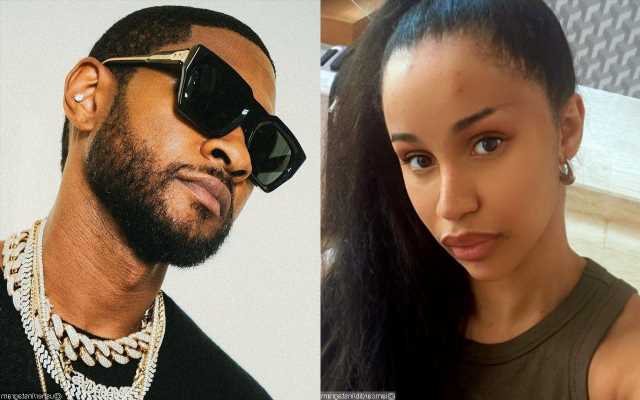 The Grammy-winning femaler rapper and the former coach of ‘The Voice’ have yet to work together on music, but they appeared in 2019’s ‘Hustler’ film together alongside Jennifer Lopez.

AceShowbiz –Cardi B couldn’t be happier to see how the public treats Usher now. When giving the R&B crooner his flowers in a new tweet, the “WAP” hitmaker called him a “legend.”

“I’m so glad @Usher is getting the love he deserves,” the 29-year-old femcee, born Belcalis Marlenis Almanzar, wrote on Twitter on Friday, September 9. “Y’all were trying him for a couple years but I’m glad he overcame that because he is a LEGEND.”

Cardi and Usher have yet to work together on music. However, the wife of Offset and the former coach of “The Voice” appeared in 2019’s “Hustler” film together alongside Jennifer Lopez.

In August, Usher declared that he finally accepted the King of R&B title that many people have bestowed upon him for years. “I mean, you call me that, I’ll definitely carry it,” he said in an interview with Bevy Smith on “Bevelations”.

Later that month, the “Yeah!” singer explained why he is not interested in going on “Verzuz”. During his appearance on “PEOPLE Every Day” podcast, he elaborated, “I think if you ever came to my show, you would understand that I don’t even think a ‘Verzuz’ could handle all of the songs that I have to be honest… It’s like, I could do it by myself. But I don’t wanna do that. That’s not the purpose of ‘Verzuz’, me versus me.”

Though so, Usher still thinks that Swizz Beatz and Timbaland‘s show is “great.” He shared, “It’s great to celebrate music,” he noted, adding, “But the appreciation of it starts with understanding what it is and how long has it taken to do this legacy. And if you choose to compare it, what are you comparing to? Are you comparing it to itself?”