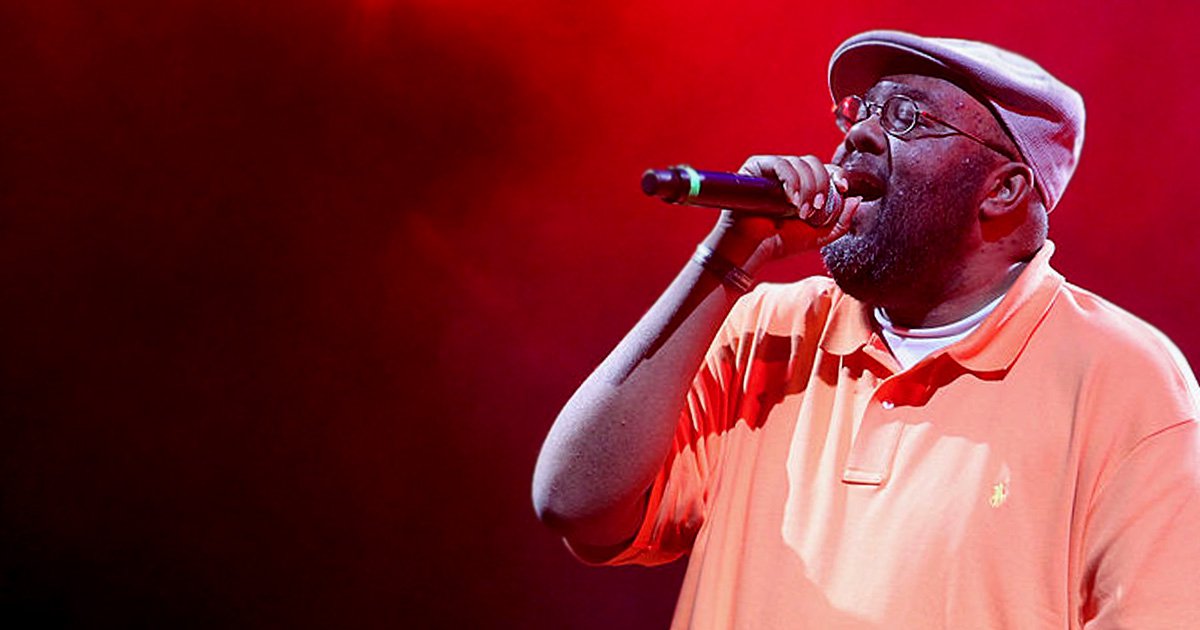 The Blackalicious star died following a battle with kidney failure, with his co-star Chief Xcel penning a heartfelt tribute to announce the news.

‘It is with much sadness and a heavy heart I announce the passing of my friend and brother of 34 years, Timothy Jerome Parker aka The Gift of Gab,’ he wrote. ‘He returned peacefully to the essence on June 18, 2021.

‘I met Tim Parker aka The Gift Of Gab in September of 1987 at John F. Kennedy High in Sacramento. He was a junior and I was a sophomore. I had moved to Sac earlier that summer from Union City.

‘Gab had moved there two years prior from Pacoima. We had a home economics class together, Mr. Hightower, third period. He sat in the row directly behind me.

‘Tim being from So Cal and me being from the Bay, we would argue all class period about who was doper, Ice T or Too Short.’

‘A friend of mine, Armstead Jackson, played a mixtape for me he had from New York and on it was ‘Top Billin’ by Audio Two,’ Chief XCel continued.

‘It blew my mind. Armstead let me borrow the tape. I played it for Tim that same day in class. It blew his mind and we knew we actually had the same love for Hip Hop.’

The rapper added: ‘We often said that each project we recorded (3 LPs and 2 EPs) were snap shots of our lives. Gab always strove to do it with as much honesty and integrity as possible.

‘In 2014 when his kidneys failed he began to work with even more fervour. He would do dialysis 4 days a week for eight hours a day and still tour, write, and record.

‘He felt that after 3 decades of working together we were just hitting our stride. I wanted to capture as much of his greatness as possible while he was still here for the world to hear.

‘I know he’ll live forever through his art but I miss my brother. Until we meet again.’

As Blackalicious, Gab and Chief XCel released their first studio album, Nia (Mo’ Wax)  in 1999 and were best known for their hit Alphabet Aerobics.

They went on to release three more records, their latest in 2015.

Gab was also successful as a solo artist – he released three studio albums in his own right between 2004 and 2012.

Last year, Gab underwent a kidney transplant, setting up a GoFundMe at the time to help with expenses.

Tributes have poured in for the late star, with DJ Shadow penning a heartbreaking statement and writing: ‘If there’s one thing I know, wherever Gab is, he’s SOARING right now. We love and miss you, Tim.’

Open Mike Eagle added: ‘Damn. rest in peace Gift of Gab. one of the greatest rap songwriters ever. this man definitely did not get his flowers. he was a giant.’