Black Sabbath will canonize their seventh album, Technical Ecstasy, this fall with a super deluxe edition packed with bells and whistles that, as the cover art suggests, probably have unnatural feelings for each other.

The reissue, due October 1st, contains a remaster of the original, a remix by Steven Wilson, outtakes and alternative mixes, and live recordings from 1976 and 1977. It will be available either as a four-CD or five-LP collection.

The album contains “Dirty Women,” a setlist staple of the band’s reunion tours in recent years on which lead guitarist Tony Iommi could take lengthy guitar solos, as well as the fan favorites “Rock ‘n’ Roll Doctor” and the piano ballad “It’s Alright.” That last song was sung by drummer Bill Ward and was later covered by Guns N’ Roses, as captured on their Live Era ’87–’93 album. The band is teasing the reissue with a remastered version of the album’s “Back Street Kids.”

Excerpt: Ronnie James Dio on the Excitement and Fear of Joining Black Sabbath

The 80 Greatest Dylan Covers of All Time

The box set’s outtakes include different mixes of “Rock ‘n’ Roll Doctor” and “You Won’t Change Me,” as well as an outtake and instrumental version of “She’s Gone.” It also includes a booklet with rare photos, artwork, and liner notes, along with a poster and replica tour book from the Technical Ecstasy tour. 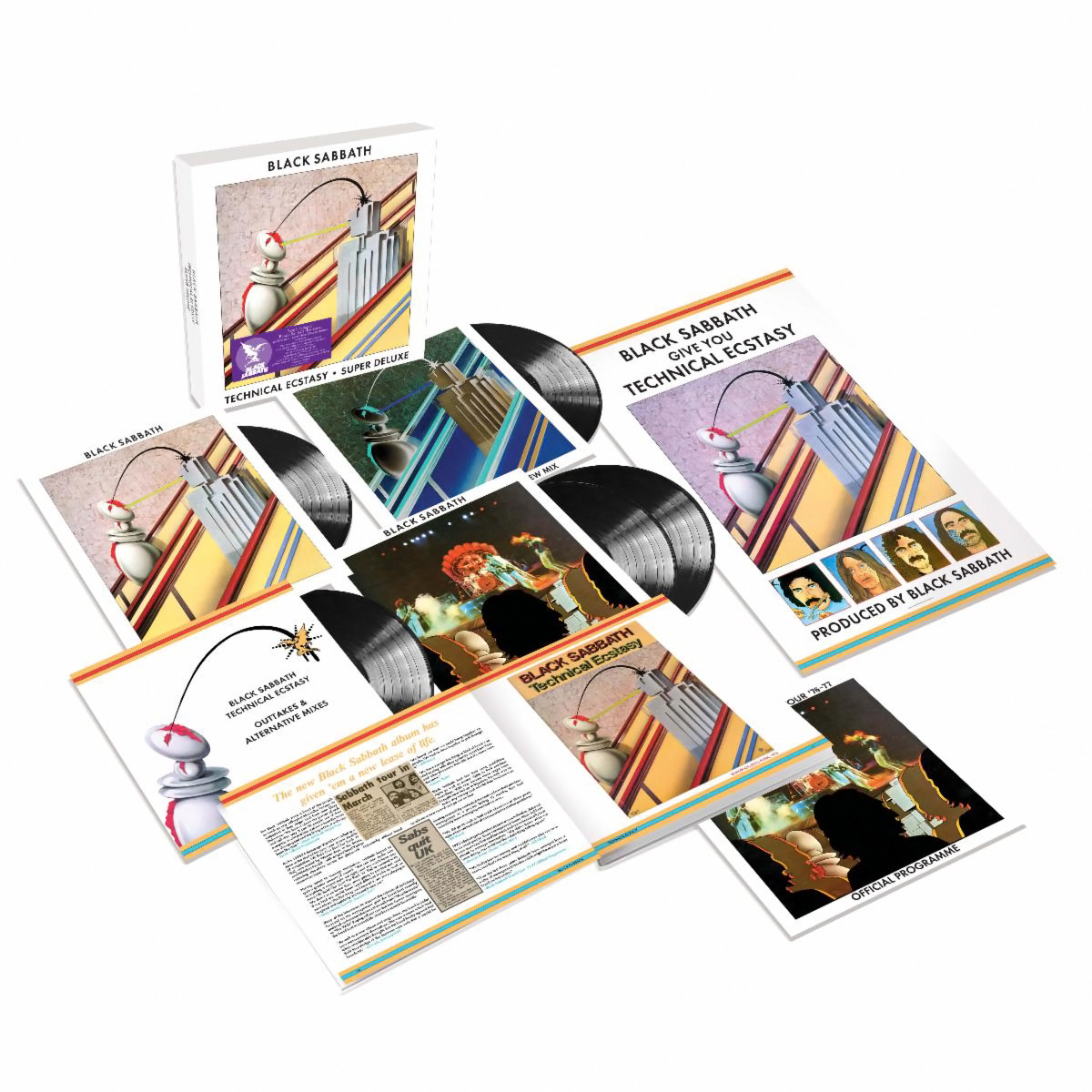 In 2017, Aubrey “Po” Powell of Hipgnosis, the company that designed the album cover, told Rolling Stone about the time they presented their artwork — a montage of illustration and photography depicting robots copulating on escalators — to the band.

“We were at Tony Iommi’s house in the studio … the door flung open and there was this guy, dark glasses, as you see Ozzy, all in black with a hat on, absolutely drunk as a skunk,” he said. “He walked over and said, ‘What’s going on here?’ ‘We’re choosing the album cover, Ozzy.’ And you could feel the tension in the room. It was really unpleasant, and he just looked down and said, ‘That one. That’s the one,’ and I think Tony Iommi said, ‘That’s just as well because that’s the one we’ve all chosen,’ in that great Birmingham accent. And Ozzy suddenly turned on him and completely flipped. They started fighting. I was by the manager, and I’ll never forget when he said to me, ‘I think that went rather well, don’t you?’ I said, ‘What do you mean? It was mayhem and chaos in there. It was horrible.’ And he said, ‘Well, we got an album cover out of it.’ It was so rock & roll in a way. It was fantastic.”