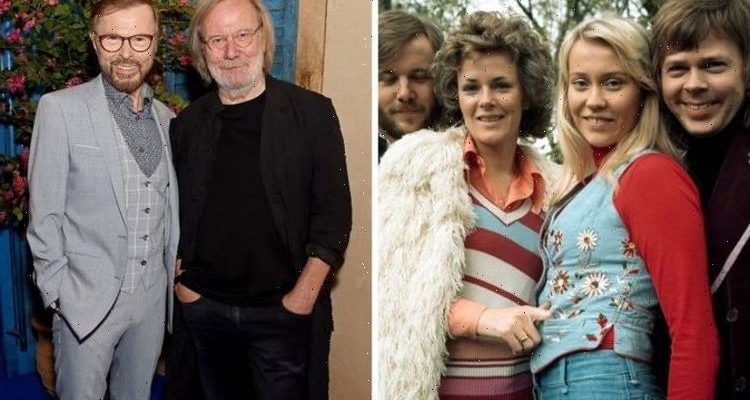 It has been an exciting day for ABBA fans. Benny and Bjorn appeared live in London for an announcement that was streamed around the world. They confirmed the release of a new album in November as well as the launch of a major new show, ABBA Voyage, which will open in London next May. Both looked to be in the peak of good health, so it’s a little hard to believe that the band split up 28 years ago.

The oldest member of the band is Björn Ulvaeus, who is now 76, while his former wife is the youngest in the group. Agnetha Fältskog, turned 71 this April. The pair married in 1971 but were divorced in

Although many famous groups Like Queen and The Rolling Stones are still performing live well into their sixties and seventies, when the members of ABBA reunited to record the new album, they all agreed they did not want to perform live. But they have found the perfect solution.

For teh new show, digital versions of ABBA were created using motion-capture and performance techniques by the four band members and an 850-strong team from Industrial Light & Magic.

The company, which was founded by George Lucas, is famous for creating the SFX for numerous  Star Wars and Marve blockbusters. This is the company’s first foray into music.

Bjorn said: “We did motion capture in a studio that looks like NASA. We were there for five weeks in leotards with dots on our bodies and helmet and then the four of us were on stage doing these songs…

“We looked ridiculous but we have really infused ourselves into these avatars.”

Benny added: “The only big problem was we had to shave our beards. After 40 years!”

WATCH HOW ABBA CREATED THEIR DIGITAL AVATARS IN THE VIDEO BELOW

Bjorn said the show will be mainly full of the band’s “greatest hits, plus a few songs that were not hits but that we like.”

The two new songs that were released today, ‘I Still Have Faith In You’ and ‘Don’t Shut Me Down’, will also feature. Bjorn explained the rest of the upcoming new album’s tracks were recorded after the work was completed on the digital versions so those songs could not be included in the show.

ABBA’s music famously reflected their own lives, nowhere more so than the song The Winner Takes It All, written at the collapse of Bjorn and Agnetha’s marriage.

The four band members remained friends after the end of both marriages and then the band itself. Bjorn explained how he knew exactly what to do when it came time to finally write new material for the show and then a whole new album.

He said: “I just knew it had to be about us. It’s about realising it’s inconceivable to be where we are. To release a new album after 40 years and still be the best of friends and enjoying each others company… who has experienced that? Nobody.”

Benny said: “It was so joyful to be in the studio together again. Hearing  Frida and Agnetha go for it… It’s been 38 years but it’s like no time had passed in the studio. Everyone went straight into their roles.”

Bjorn added: “They’re such genuine musicians, creative souls. It is a privilege to hear them sing your music and words. I know they have it (the album) and they are happy with the work. The memories were rushing back…”

The new ABBA album Voyage will be released on November 5

The show ABBA Voyage launches in May 2022: Tickets go on sale September 7