A woman who was physically, mentally and sexually abused in a covent from the age of six has told how breaking her silence after 60 years has prompted other victims to speak out.

Marie Hargreaves, from Oldham, has waived her right to anonymity to speak about alleged assaults ordered by Sister Isobel O’Brien at Greenfield House Convent in St Helens.

The mother-of-three, who was one of 10 children living in poverty, was housed there between 1959 and 1963 when her parents struggled to cope.

She claims O’Brien would order other girls to beat her with wooden coat hangers, finding ‘any little excuse’ for the ‘ritual abuse’, and tied children to their beds if they tried to escape. 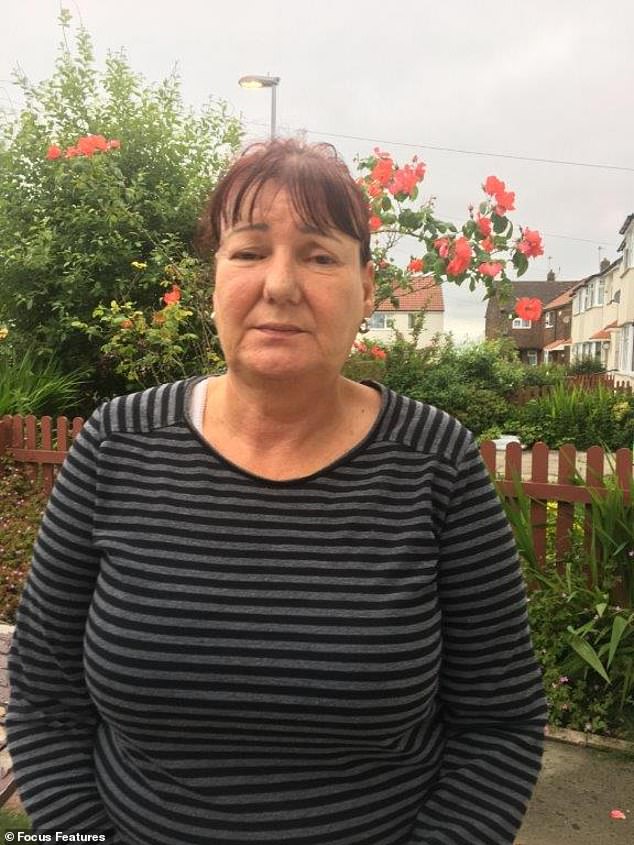 Marie Hargreaves, from Oldham, has waived her right to anonymity to speak about alleged assaults ordered by Sister Isobel O’Brien at Greenfield House Convent, St Helens

O’Brien was previously named as a suspect by police, who say other complaints were made against her, but she died before she could face justice.

The Roman Catholic Church confirmed they were aware of the complaint and have apologised to Marie.

Since sharing her secret, almost 60 years after the abuse began, a flood of other victims have come forward – and Marie hopes to continue to reach out to others.

Grandmother-of-nine Marie, now 65, says: ‘What happened to me when I was a child was evil, brutal. By speaking out, I hope to make sure other people will come forward.’

Speaking about the day she and her brother Fred were taken to live in the convent, Marie recalls: ‘It was the first time I had ever been in a car, so I was really thrilled. 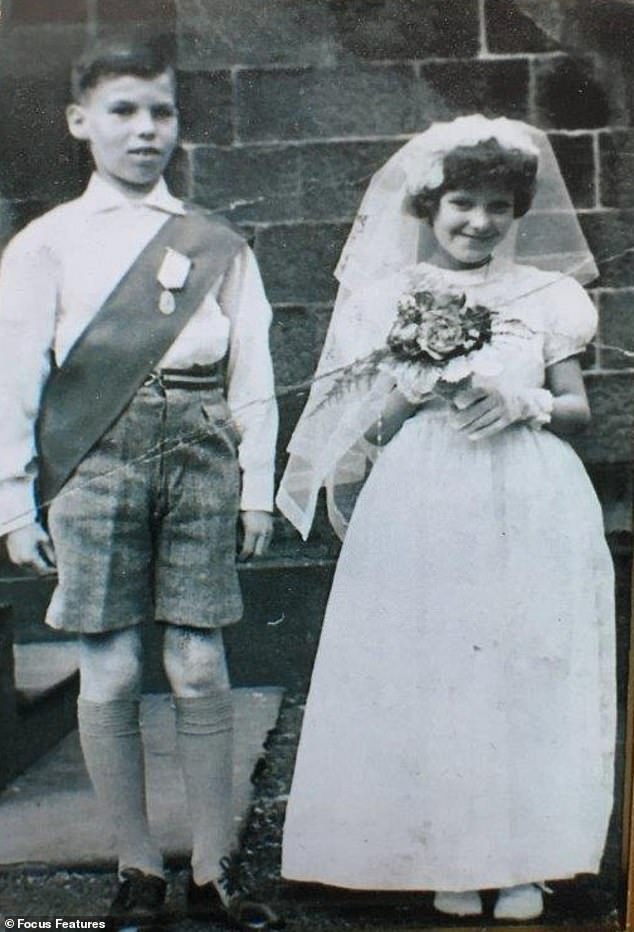 The mother-of-three, who was one of 10 children living in poverty, was housed in the convent between 1959 and 1963 when her parents struggled to cope. Pictured with her brother Fred at their confirmation ceremony around 1960

‘I asked my dad where we were going and he said, “You’re going on your holidays”.

‘I believed him. I was actually excited to go – not realising I was going into care and I would not see my home again for years.’

When Marie arrived at the convent, she and Fred, then seven, were separated.

She says: ‘There were nuns everywhere and the atmosphere was very strict and I felt the first sense of unease.’

Marie was stripped for a bath and her long hair was clipped short above her ears.

She says: ‘We were made to pray on our knees every day. We had to mop floors, even though I was only six. I was the youngest child in the convent. 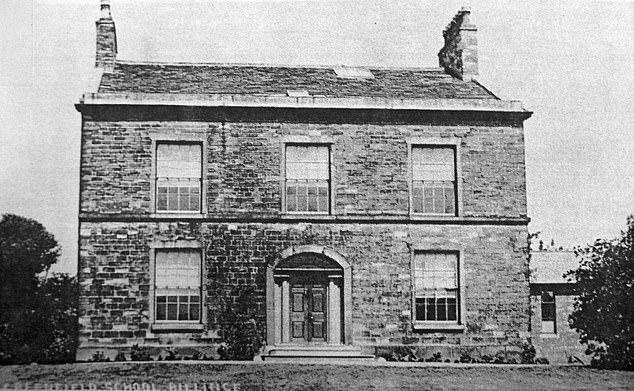 When Marie arrived at the Greenfield House Convent (pictured) she and Fred, then seven, were separated

‘My surname was Kibblewhite and so they called me “Kibby”, and I actually started to believe that was my name. It was dehumanising.

‘The nuns would tell me I was an orphan and I had no family. I used to lie in bed and wonder whether I even had parents, whether it had all been a dream.

‘I had to be up at 6am and do all my chores before we were taken to school, which was near the convent. I loved being at school because it was an escape.

‘One day, a little boy in the playground told me that he loved me and said, “I’ll always come to find you, even if you go to Africa”.

‘It was just one of those things kids say, but it made me cry because it was the only show of affection I’d had for years.

‘Each time I spoke up for myself at the convent I was beaten. Even when I was crying, they would hit me until I stopped. 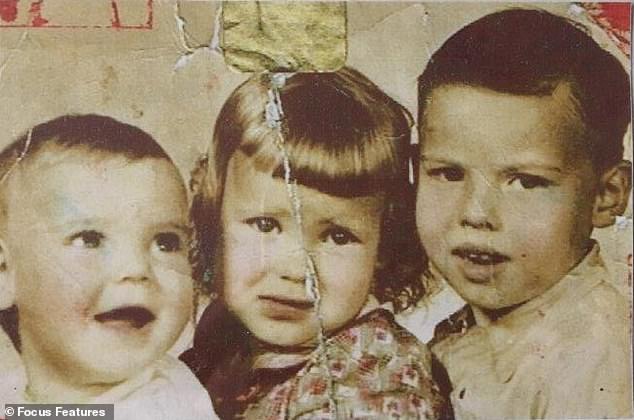 Marie, pictured with her baby brother (left) and older brother Fred, also claims she was sexually abused by the older girls at the convent.

‘I heard stories of kids who had tried to run away, but the nuns would bring them back and tie them to the bed, so that scared me too.

‘One day I was dragged from the dining table into a small room and Sister Isobel was shouting at the bigger girls to hit me with wooden coat hangers.

‘Once I left some boiled egg inside the shell, and she ordered me to be beaten. It was ritual abuse; she would find any little excuse she could to have me beaten.’

Marie also claims she was sexually abused by the older girls at the convent.

She says: ‘The sexual abuse started in bed, the 12 and 13 year olds would get into bed with me and tell me, “This is what happens with boys”.

‘I actually thought it was normal. I had no idea what was going on.’ 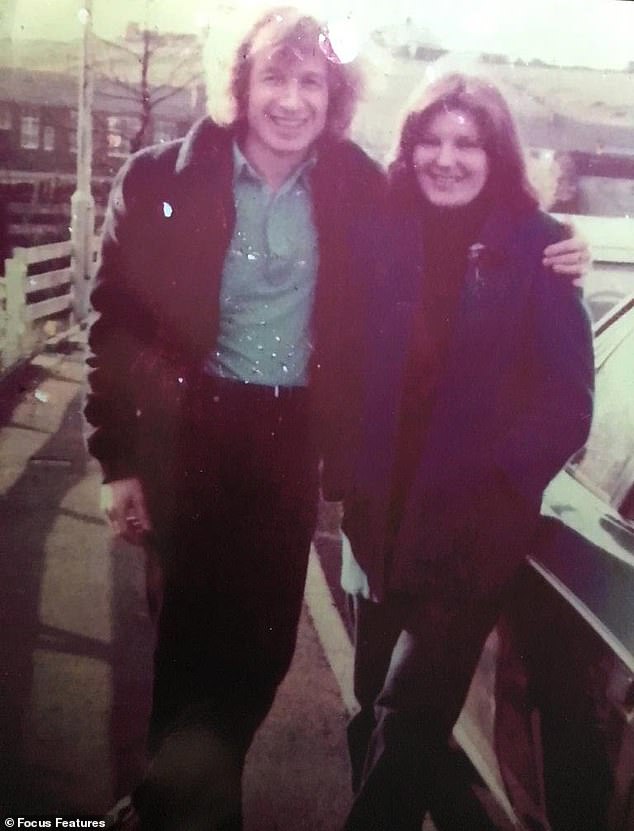 Following the end of her first marriage, during which she had three children, Marie went on to marry her soulmate, Jack, pictured, and the couple were happy until his death in 2010

In 1963, when Marie was 10 years old, the convent closed down and she and Fred were sent home.

She says: ‘It was such a huge relief to get home, but I couldn’t just settle back in. I wasn’t used to being in a family and I had totally lost touch with my younger brothers and sisters.

‘Fred and I were the eldest children so I felt we had a responsibility to be strong. I withdrew and I kept it all to myself. The abuse put a barrier between me and my family.

‘I grew my hair long again and I vowed I would never have it cut again.’

Marie married at 18 and had three children – son Lee and twins Michael and Michelle. The marriage failed but she went on to marry her soulmate, Jack, and the couple were happy until his death in 2010.

‘I adored my children, above anything else I wanted to make sure they felt loved and safe; something I had never had as a child,’ Marie says. 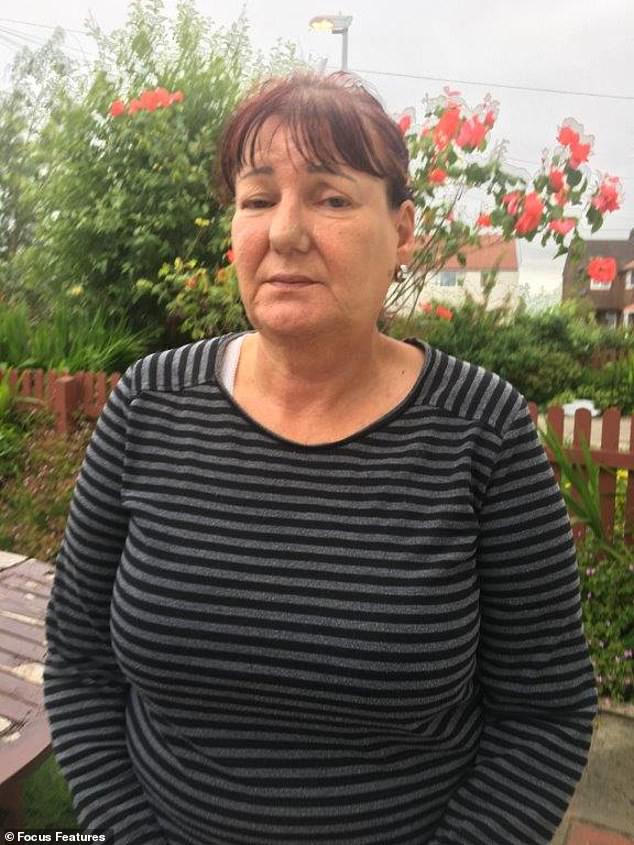 ‘Jack was a wonderful stepdad and a hard worker. He would often say to me, “I’ll always be with you – even if you go to Africa”. It was our little joke, from the boy at school who fancied me.’

But Marie suffered with anxiety and flashbacks and eventually confided in Jack about the physical abuse at the convent – though she felt unable to tell him about the sexual abuse.

An apology for victims

In a statement, the Archdiocese of Birmingham said it had publicly apologised to all victims of child sexual abuse involving the church during the ongoing Independent Inquiry into Child Sexual Abuse.

A spokeswoman added: ‘The Archdiocese is committed to safeguarding and the door is open for all survivors to meet Archbishop Bernard Longley to talk about their experiences if they wish.

‘In relation to this particular case, the Archdiocese safeguarding team were informed of the allegation made by the individual.

‘The safeguarding co-ordinator in post at the time (2016) spoke at length with the individual and explored support which could be helpful to her. This included meeting with the Sisters of Charity of St Paul.’

In 2015 Marie was contacted by police, who were investigating claims of abuse against Sister Isobel O’Brien as part of Operation Cleopatra, a major inquiry into child abuse in Greater Manchester in conjunction with social services.

She says: ‘It was no surprise that other kids had suffered at her hands. I told them what I could – but I still couldn’t talk about the sexual abuse.

‘They told me she was going to be held to account, but the next contact I had was to say she had died before she could face the court. I was too late for justice.’

Only now does Marie finally feel able to share the full details of the horror she suffered as a child.

‘AO Advocates is working hard to bring these crimes to light and to prevent them from continuing.’

A spokesman for Merseyside Police said: ‘We can confirm that an investigation into this matter was concluded in January 2016 following the death of the suspect, and consequently no further action was taken.’