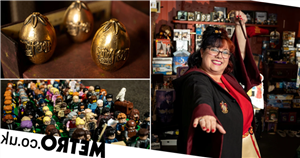 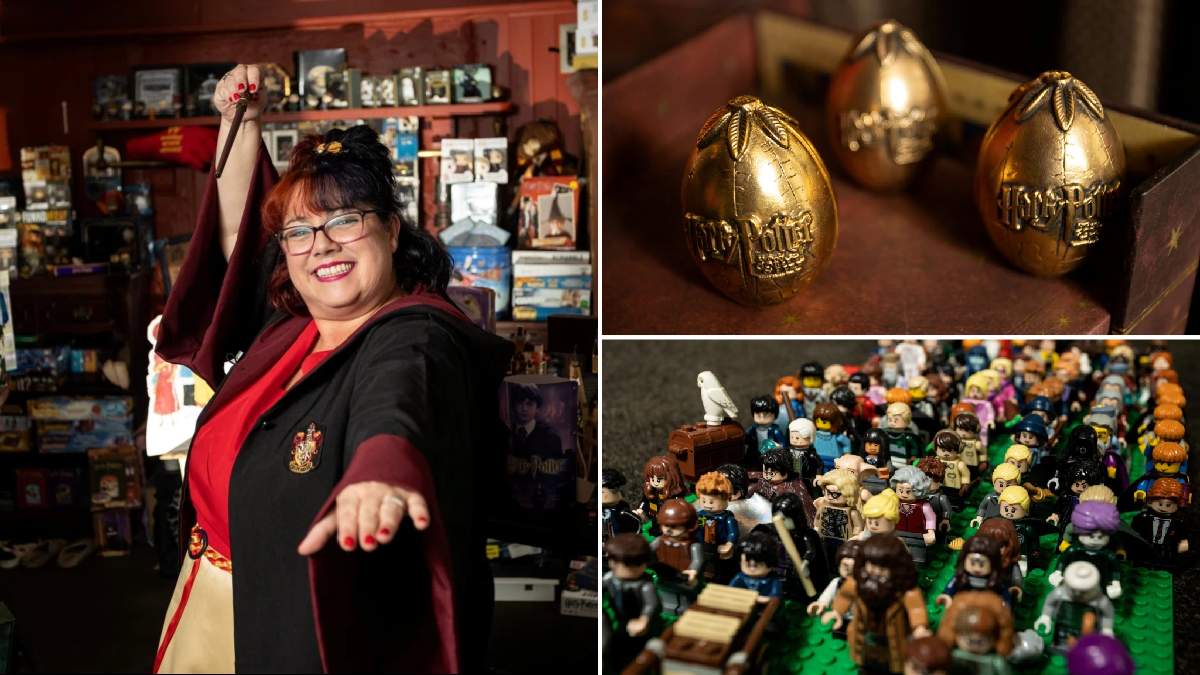 One woman from Wales loves Harry Potter so much, she now owns the largest collection of Wizarding World memorabilia and even had a wedding dedicated to the magical franchise.

After watching the Harry Potter and the Philosopher’s Stone film in 2002, Tracey picked up her first collectable – a chocolate frog.

Then little by little – with eBay bids and trades with friends – Tracey grew her collection to 100 items over the next four years. Now her stash takes up three full rooms in her house.

But the 47-year-old adds that she enjoys collecting the items, as the books and films remind her of loved ones.

Travey said: ‘I think “oh that’s it I won’t get any more” and I go to the shop and something always falls in my basket.

‘I love looking and rearranging my collection – it’s my happy place.

‘Harry Potter is a magical world that you can use to escape into, and that is what I did.

‘Because I had my son in 2002, and them having the baby in the film and all the magic, it was like having it alongside me.

‘Harry Potter got me through a really tough time because when I started collecting the last present I had off my first husband was a book of Harry Potter before he passed away.

‘That’s why I think the collection got so mad.’

Tracey even had a Potter-themed wedding last year in Florida, when she married her husband Martin.

And she really did push the boat out – with a wedding cake topped with a golden snitch and magic wand.

Tracey even wore a Gryffindor-inspired red and gold wedding dress with the Deathly Hallows adorned onto it and Dobby the elf painted onto her shoes.

Her bouquet was also made from the torn up pages of a damaged edition of the Goblet of Fire.

However, when Tracey first met her now-husband Martin, he wasn’t immediately won over by her hobby.

‘He knew about my collection so it was accept it or run,’ she adds.

‘First of all I said I like Harry Potter and I collect Harry Potter, and he was kind of shocked when he came around and saw the collection.’

He may not be the biggest fan, but Martin still buys bits for Tracey and even came up with the idea for her to enter into the Guinness World Records.

And earlier this year the pair received the happy news that Tracey had won not one, but two records: the world’s largest Harry Potter and Wizarding World collections – the second of which encompasses the ‘Fantastic Beasts’ spin-off movie series, too.

Tracey now hopes her story encourages others to pursue their passion. 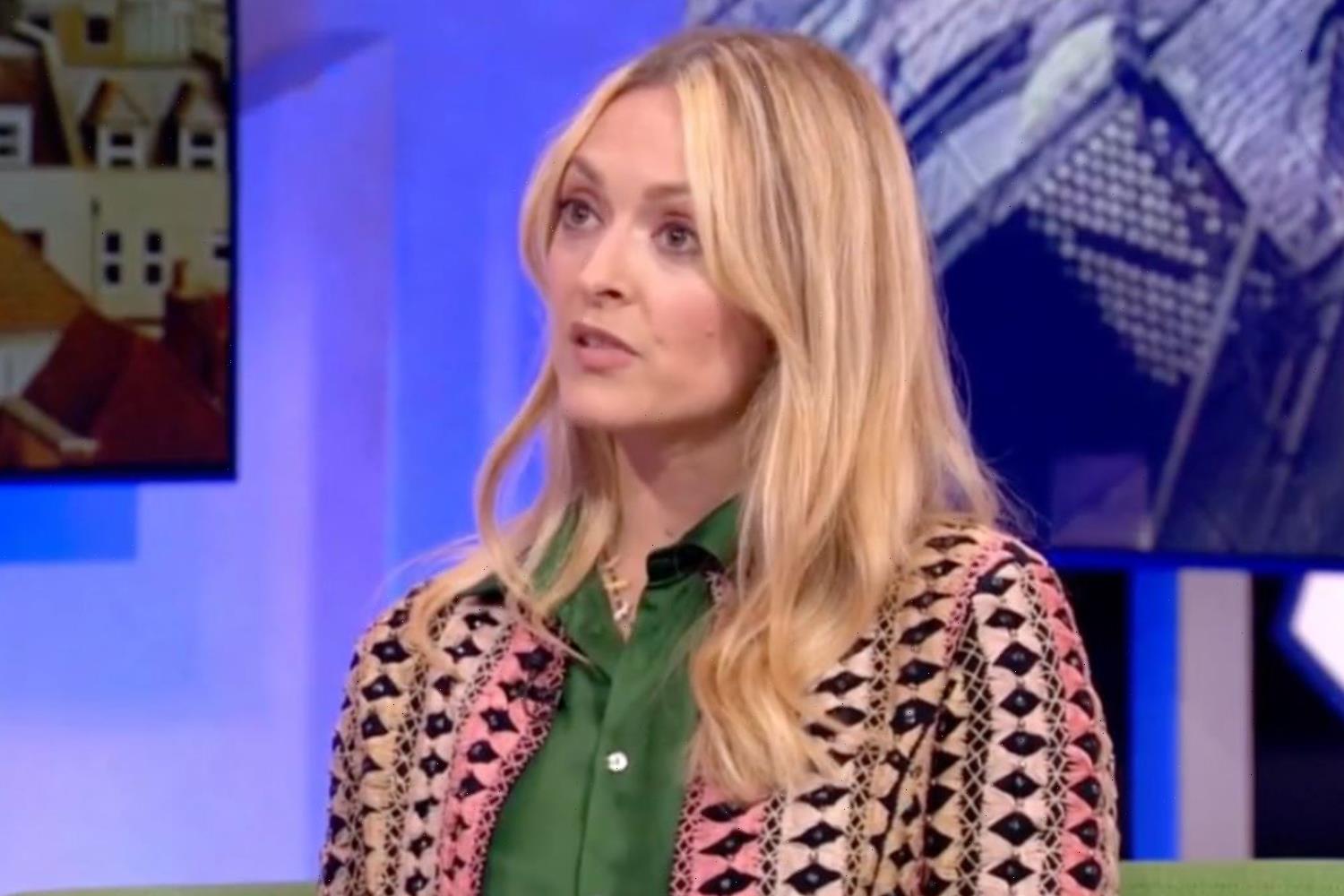