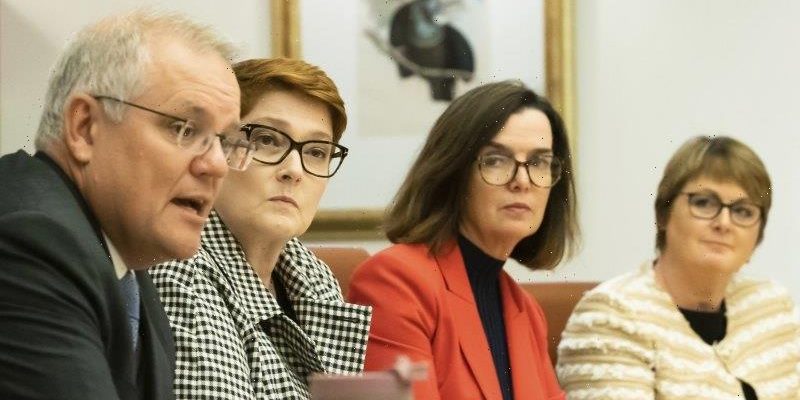 The federal government will more than double funding for domestic violence prevention to at least $680 million, while also unveiling $354 million in new money for women’s health programs in Tuesday’s budget. 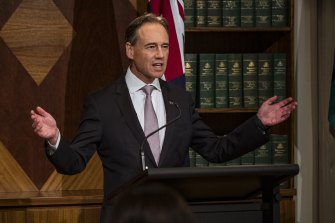 Greg Hunt has put together a women’s health package worth $354 million for Tuesday’s federal budget.Credit:Chris Hopkins

Details of the domestic violence package are being tightly held until budget night on Tuesday but The Sun-Herald and The Sunday Age has confirmed the current funding package of $340 million over three years will receive a massive boost.

The new spending on domestic violence programs and women’s health follow already announced policies to cut the cost of childcare and help single parents buy a house. These measures are targeted squarely at female voters.

It follows a difficult three months for the Morrison government, rocked by allegations of sexual assault and poor treatment of women in the Federal Parliament. Its 2020 budget was heavily criticised for not doing enough for women. 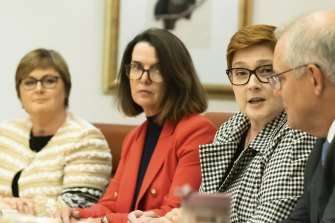 The health package includes $100.4 million over four years to improve cervical and breast cancer screening programs and $95.9 million for new tests under the Medicare Benefits Scheme for pre-implantation genetic testing of embryos for specific genetic or chromosomal abnormalities prior to pregnancy.

There is also $47.4 million to help with the mental health of new and expecting parents, $26.9 million in support for people with eating disorders, $22 million for additional gynaecology items on the Medicare Benefits Schedule and $19.3 million to list new drugs on the Pharmaceutical Benefits Scheme to prevent women going into premature labour. There will be $5 million for programs that tackle period pain and endometriosis and $6.6 million for Breast Cancer Network Australia.

Mr Hunt said the government was committed to “improving health services around Australia for all women and girls, including Aboriginal and Torres Strait Islander people”.

He said the $13.7 million allocated to reduce the number of pre-term births would help reduce preterm births occurring at a rate of 8 per cent and up to 16 per cent among Aboriginal and Torres Strait Islander women.

The extra money for genetic screening of embryos would ensure all Australians – not just the well off, who can pay for private testing – would be able to access this crucial testing.

Minister for Women Marise Payne said the investment in women’s health in the 2021-22 budget would ensure women have equal access to health services and support. 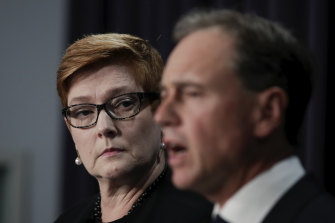 In an interview ahead of his first budget as Finance Minister, Senator Birmingham – who will play a crucial role in Senate negotiations with Labor and the crossbench Senate on the childcare package – promised the extra rebate could flow much sooner if Labor supported the proposed changes.

“If Labor is genuine in wanting to see these measures delivered earlier than they should give a clear cut commitment to let the legislation get through the parliament unamended swiftly,” he told The Sun-Herald and The Sunday Age.

“Labor can take their policies to spend even more on even higher income families to the next election if they so choose. But there should be nothing in these targeted policies that they would in and of itself oppose . . . I would urge them to back in the rhetoric and their criticisms around its start date by indicating clearly they’ll vote for the legislation.”

He stopped short of promising the more generous rebate could start from July 1, 2021 – a full year earlier – as the public service advice to government was that technical and IT changes needed to implement the system and change the payment structure would take several months.

However, the new payments could kick in during the second half of 2021 and deliver additional cash to households much sooner.

The federal government’s child care changes are designed to to save about 250,000 Australian families an average of $2,260 per year with the subsidy for second children to rise by 30 per cent up to a maximum of a 95 per cent rebate.

Labor’s more generous policy, outlined in Anthony Albanese’s budget reply speech last year, removes the $10,560 cap on the Child Care Subsidy for families earning more than $189,390 per year – a policy the government will now match – and subsidises up to 90 per cent the cost of childcare for families earning up to $530,000.

Our Morning Edition newsletter is a curated guide to the most important and interesting stories, analysis and insights. Get it delivered to your inbox.