Woman, 20, reveals she was ‘outed’ as being HIV positive at school – before deciding to ‘come out to the whole world’ at 18

A 20-year-old woman with HIV revealed she was ‘outed’ in school and the stigma led her to eat her lunch in the toilets.

Mercy Ngulube, from Wales, was born with HIV but chose to keep her diagnosis  to herself growing up.

However the decision was taken out of her hands when she was ‘outed’ as HIV-positive at school.

‘I ate lunch in the school toilets,’ she said in BBC documentary HIV Positive and proud: What’s with the stigma?. She didn’t want to speak further on the obviously difficult time, adding simply: ‘Like, it was bad.’ 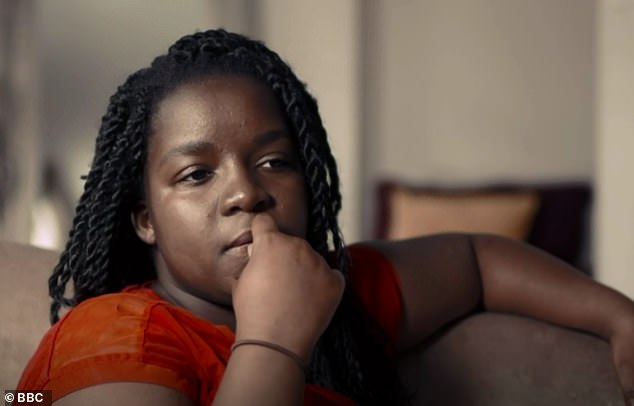 Mercy Ngulube, from Wales, was born with HIV but chose to keep her diagnosis to herself growing up. Speaking in a BBC documentary, she explained she was ‘outed’ at school

She continued: ‘You have to stay secret and you can’t talk about it and you don’t really feel like you own your own status.

‘So when it came to being 18 I just thought “well, I might as well come out to the whole world.” And since that moment I’ve been trying to tell the world what it’s really like to live with HIV.’

The 20-year-old has used her own experience to try and help others by campaigning for better representation of HIV positive people in the media and working to publicly debunk common myths.

Her work led her to winning the Diana Legacy Award in 2018 which she was presented with by the Duke of Sussex and the Duke of Cambridge.

The honour was created in their mother’s memory by the Diana Award charity, which works with young people to encourage social change. 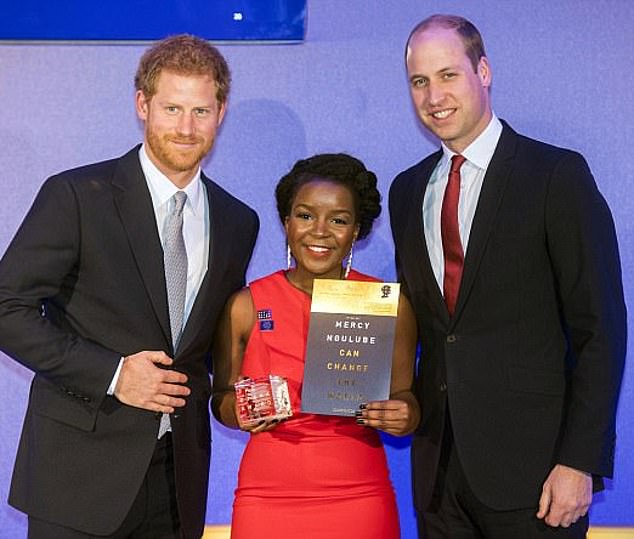 Mercy’s work led her to winning the Diana Legacy Award in 2018 which she was presented with by the Duke of Sussex and the Duke of Cambridge, pictured together

Despite being a vocal campaigner and having done her own Ted Talks speech on the subject, Mercy – who is taking medication that makes her disease undetectable – said that sometimes she feels ‘uncomfortable’.

She said in the documentary: ‘I’ve come out on an international scale and now I’m even realising that I’m not as comfortable as I thought I was with just living with HIV.

‘I feel like if I’m talking about it, I have to talk about it in the context of what I do rather than just like “Yeah, I have HIV, so what?”‘

Mercy presents the documentary and speaks to three other people living with the disease. She’s pictured here with Paida, who was jumped outside a college for revealing her diagnosis

‘I feel like I have to do something, like, be inspiring about it rather than just simply having it.’

Mercy presented the documentary and spoke to three other people living with the disease, including a young mother who was jumped after she shared her diagnosis on Facebook.

‘A person comes out and they get texts from old friends saying “don’t ever come round my house again.” These are the actual repercussions,’ said Mercy.