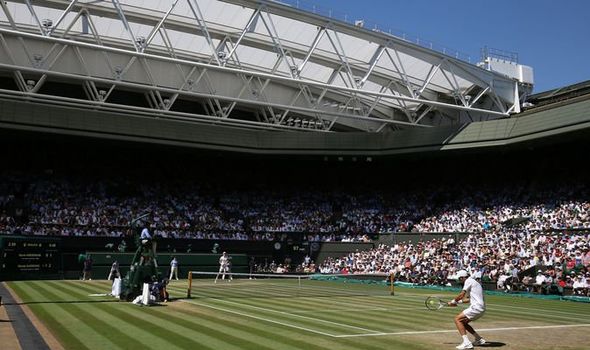 And whether you’re watching the matches live in SW22 or at home on TV, you can’t avoid seeing an iconic group of instantly-recognisable brands which over the years have taken product placement to the highest level.

Their distinctive strategies may be subtle but their message is clear: just like Wimbledon we are the best, the crème de la crème.

Thousands of brands try to work with Wimbledon but only a handful are accepted.

So what sets their brands apart?

What’s the secret of their success?

And what does the association with Wimbledon achieve for them in today’s hard-nosed business climate?

For the All England Tennis Club, the deals are a substantial source of revenue and much of it goes back in to the development of the game at grassroots. 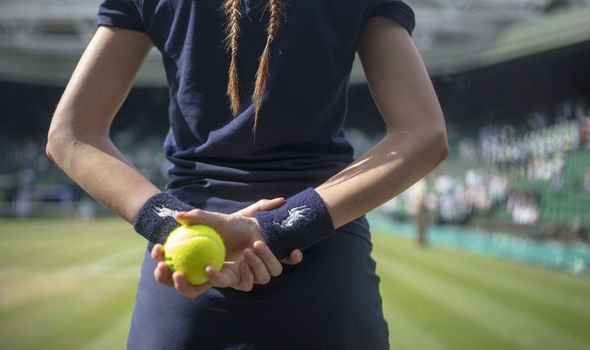 Amazingly, Slazenger has been the official supplier of tennis balls since 1902, one of the longest partnerships in sporting history. This year, Slazenger will provide 54,250 balls for the tournament fortnight, each of which will be tested for weight, bounce and compression. Slazenger’s team of experts work alongside sports scientists at Loughborough University to guarantee that the high standards of the All England Lawn Tennis Club (AELTC) high standards are strictly adhered to. The company is also involved in youth development and endorsements of leading players such as Tim Henman.

You can’t imagine tennis on a hot day without the players quaffing Robinson’s Lemon Barley Water and this year Robinson’s celebrates 84 years at Wimbledon. It was in 1935 that Robinson’s employee Eric Smedley Hodgeson mixed together iced water, fresh lemons, sugar and Robinson’s barley powder to refresh and hydrate the players. Fast forward to 2019 and Britvic-owned Robinson’s is still at the centre of the respected tournament and has now become synonymous with the event. This year spectators will be able to enjoy a new fruit cordial inspired by Wimbledon’s summer flavours of strawberry, cucumber and mint. 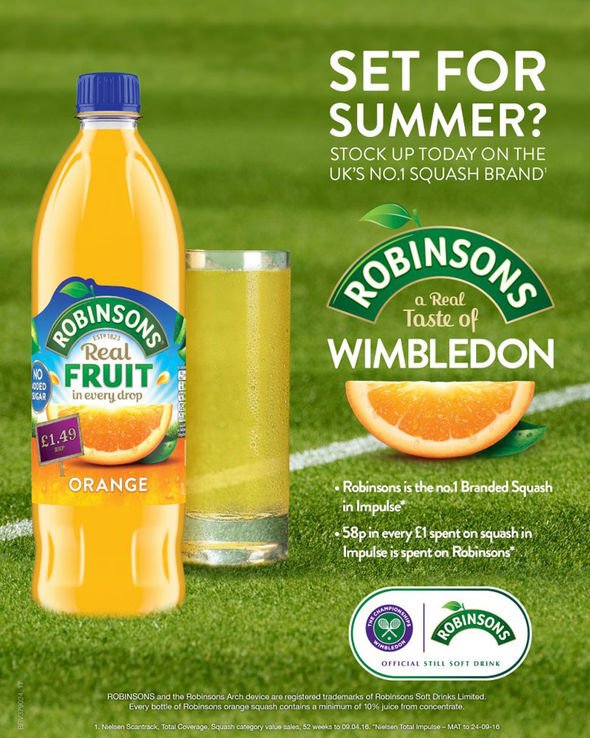 Champagne Lanson has been a supplier to the championships since 1977 and has been the exclusive champagne supplier since 2001. Wimbledon started in 1877 but Lanson has been producing high-quality champagne since 1760. Managing director Paul Beavis said: “There is an undeniable lift in sales during the Wimbledon fortnight and each year we see a spike in sales, especially when there is a British player progressing throughout the tournament. We’re delighted to have just had our contract extended for a further five years and we hope that the sales of our wines will continue for many more years to come. We are very much an aspirational brand which believes in having fun but everything we do is with intent, which is why we take pride in our associations and partnerships and this unique tournament is a particularly special and cherished one for Champagne Lanson.”

When the umpire calls “time” between games he’s relying on the super-accurate facilities provided by Rolex, who began at Wimbledon in 1978. Rolex say their brand is about performance and achievement, which makes them ideally suited for the world of professional tennis. Among Wimbledon stars who sport Rolex watches are Tim Henman, Bjorn Borg, Chris Evert and Roger Federer, who is often seen wearing a £10,000 18-carat white gold Rolesor. The players don’t wear watches on court, of course, but many slip them on for publicity pictures and TV appearances. Bulgarian star Grigor Dimitrov has been seen wearing a £50,000 Rolex Cosmograph Daytona. 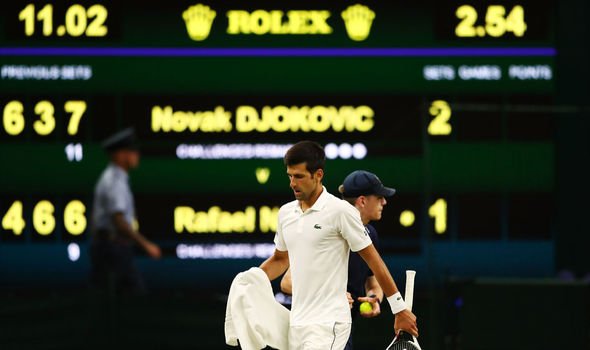 It was in 1990 that IBM computers were first used to send digital statistics about Wimbledon around the world. Over the years, the service has become instant and massively sophisticated. The company’s computers calculate the speed of players’ serves in milliseconds and provide invaluable real-time match statistics to TV and radio commentators as well as giving a detailed and up-to-date service to fans’ mobile phones. As football struggles with the introduction of controversial video assistant referees, IBM is able to boast with justification: “We are continuously innovating and we’re not being afraid to demonstrate how technology can add to the fan experience while never detracting from it.”

The officials on court are always immaculately dressed in a traditional style that recalls an era of elegance in tennis – and since 2006 their uniforms have been designed and supplied by Polo Ralph Lauren. The umpire uniform features a regal pinstriped navy blazer paired with either a stylish wide-leg trouser or a bias-cut skirt with mother-of-pearl buttons for women, or a sports coat and crisp white trousers for men. The ball boy and girl uniforms are designed in the traditional Wimbledon colours of navy, green and purple and made of high performance fabrics with sporty stretch and moisture-wicking properties. David Lauren, the company’s chief innovation officer, says: “Our brand reflects the sophisticated heritage that defines Wimbledon and we are proud to outfit one of the greatest championships in tennis.” 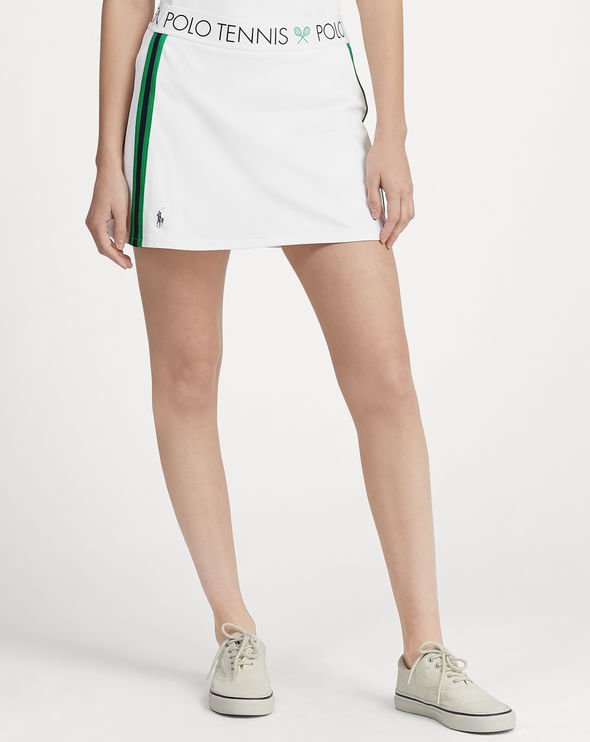 Jaguar and Land Rover, a sponsor since 2015, will supply 170 luxury and high performance vehicles to support tournament operations this year. The new Jaguar XE and XF, as well as successful XF Sportbrake and XJ models, will be seen at Wimbledon. Laura Schwab, the car giant’s UK marketing director, said: “Wimbledon is a British icon which is recognised globally as the pinnacle of international sport. There’s no other event like it. The tournament captures our imagination in different ways. For some, it’s the feeling of summer, but for others, it’s British sport at its best. We’re very excited to be celebrating what makes Wimbledon so special.”

Few drinks are more closely linked to British summers than Pimm’s, which was created by James Pimm in 1840 in his famous Oyster Bar in London but which surprisingly has only been at Wimbledon since 2017. The original Pimm’s No.1 Cup is a gin-based spirit with a fruity flavour, made from a secret recipe infusing gin with a combination of herbs, caramelised orange and spices. All around the manicured lawns of SW22 you’ll hear the cry “It’s Pimm’s O’Clock” as the drink has become an icon of British summertime. Just like Wimbledon. 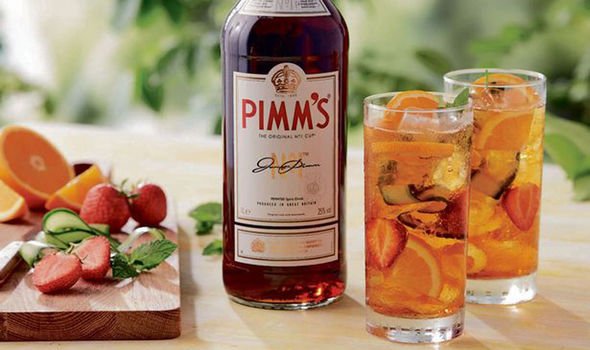 Wimbledon’s a real reflection of the way the world has changed over the past 50 years. This year the All England Tennis Club has signed its first Asian deal with the world’s fourth-largest smartphone brand, OPPO. The Chinese phone brand already works with FC Barcelona and the International Cricket Council and this is its first move into tennis. Wimbledon’s head photographer has already been working with an OPPO device some of the tournament’s official photographers will be capturing the action on the grass courts major using OPPO’s flagship cameras. The images will be posted on Wimbledon’s social media channels and website gallery. Mick Desmond, the AELTC’s commercial and media director, said: “It’s a win-win situation for us. Strategically, it offers us something we have been looking for for some time, which is to help us scale up in Asia, and China in particular, and with a young brand with a massive young audience.”