The conclusion of HBO’s Game of Thrones caused a tremendous amount of debate within the fan community. Some fans absolutely hated Season 8. A petition was created demanding that the show is remade with new writers and received. However, such an event does not seem to be in the cards for HBO, as the network seems satisfied with the ending and Game of Thrones‘ status as being one of the most-watched shows of any HBO series. Author George R. R. Martin revealed his plan for the next books in the A Song of Ice and Fire series in a recent interview. Read on to learn more about Martin’s plan and the future of Game of Thrones.

*This article will contain spoilers for Game of Thrones and A Song of Ice and Fire.

George R. R. Martin revealed that the next books will not be influenced by the show

In a rare interview with The Observer, Martin announced that he would be sticking with his own plan when finishing up the conclusion to A Song of Ice and Fire. “It doesn’t change anything at all,” said Martin. “You can’t please everybody, so you’ve got to please yourself.” However, Martin didn’t comment on the fans’ reactions to the conclusion of the HBO series. “I took myself out of all that,” said Martin.

However, Martin was happy to see such a huge emotional response from viewers. “I’m glad of the emotional reactions, whether to the books or the television show because that’s what fiction is all about — emotion,” said Martin, “Fiction should feel as if you’re living these things when you read or watch them. If you’re so distanced by it that a character dies and you don’t care, then to an extent the author has failed.”

George R. R. Martin has struggled with ending the series

Martin originally published A Game of Thrones, the first novel in a seven-part series, in 1996. The author still has two more books to finish before the story is over, The Winds of Winter and A Dream of Spring. Determining when fans can expect the books to be released has been a challenge since Martin has historically missed deadlines and has reported that the HBO series and his increasing popularity has made writing difficult.

“I don’t think [the TV series] was very good for me,” said Martin. “The very thing that should have speeded me up actually slowed me down. Every day I sat down to write and even if I had a good day, I’d feel terrible because I’d be thinking: ‘My God, I have to finish the book. I’ve only written four pages when I should have written 40’.” 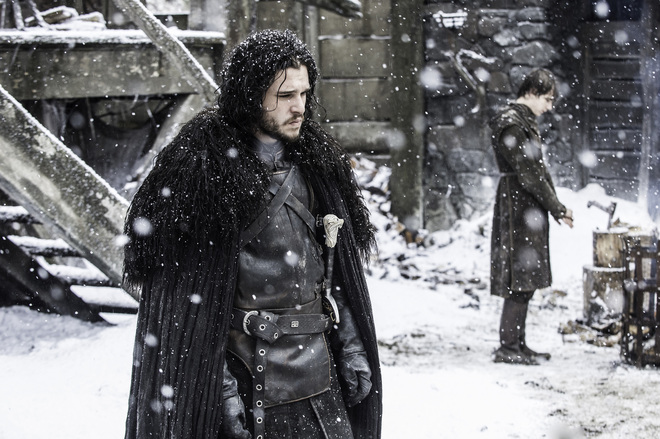 What’s next for HBO’s ‘Game of Thrones’?

HBO’s Game of Thrones may be over, but the story of A Song and Ice and Fire has just begun… in a way. HBO confirmed the production of a prequel series. The series will take place long before the events of Game of Thrones. George R. R. Martin himself created the show.

A press release from HBO revealed that the series “chronicles the world’s descent from the golden Age of Heroes into its darkest hour. From the horrifying secrets of Westeros’s history to the true origin of the White Walkers, the mysteries of the East to the Starks of legend, only one thing is for sure: it’s not the story we think we know.”

A release date has not yet been announced.