It seems that everywhere we go, we constantly hear the latest news about royals such as Prince William and Kate, as well as Prince Harry and Meghan.

Royal fans follow their lives as closely as possible, keeping up with everything that they do. Princess Beatrice, the cousin of William and Harry, is one of the quieter members of the royal family.

Although she is very close to her grandmother, Queen Elizabeth, Beatrice is not in the news nearly as much as the others. She lives a more low-key life, and although she is able to use the title of “her royal highness,” Good Housekeeping reports that Beatrice does not attend events and engagements on a regular basis and that she even holds a job in the business world.

Many people are well aware that Princess Beatrice has been with her boyfriend, Edoardo Mapelli Mozzi, for a while now, and that things have gotten serious. We had more than one royal wedding in 2018, when Prince Harry and Meghan Markle tied the knot, and again when we saw Beatrice’s younger sister, Princess Eugenie marry Jack Brooksbank at the same chapel in Windsor, England. So, will Princess Beatrice be getting married soon and without the queen’s approval? 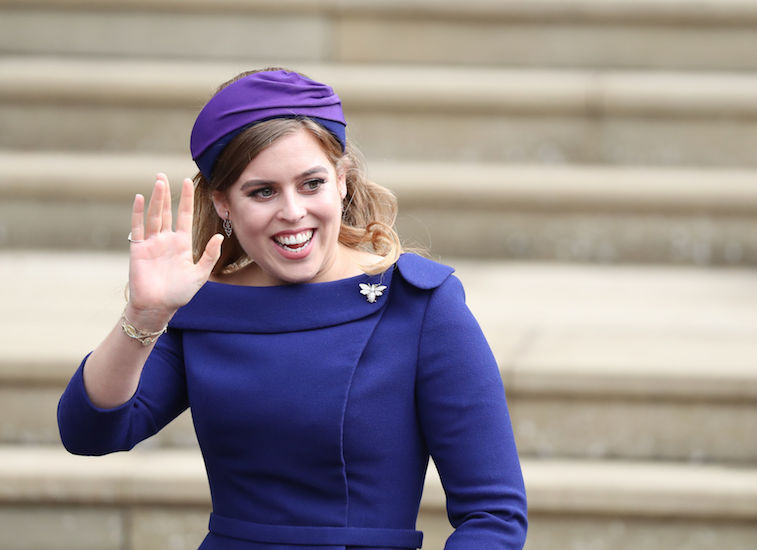 Who is Beatrice’s boyfriend?

According to Town & Country, the couple made their first appearance together when they attended the 2019 National Portrait Gala. Although they didn’t start dating until recently, the two have known each other for a while, as Edoardo is a family friend.

The princess’s boyfriend certainly keeps busy, as he is the founder and CEO of a successful real estate firm. Not only that, but Edoardo is even a co-founder of the charity, Cricket Builds Hope, a cause that was inspired by his stepfather, Christopher Shale, who passed away in 2011.

Sounds like Edoardo is a great person, and if he and Beatrice get married, she will become the stepmother to his young son, Wolfie. It also appears that Beatrice’s parents, Sarah Ferguson and Prince Andrew, are pretty close to Edoardo as well. He has spent time with the family, and they all get along wonderfully.

Does Beatrice need the queen’s approval to get married?

Royal fans can surely remember back when Prince William got married to Kate Middleton, and how he needed Queen Elizabeth’s permission to do so. The same was the case when Prince Harry and Meghan Markle got married, with Grazia reporting that the reason is due to the Royal Marriages Act which states that direct descendants of the queen must seek approval from her before they get married.

As the queen’s granddaughter, many people may be wondering why Beatrice doesn’t need to get approval before marriage. This is because, in 2011, the Royal Marriages Act was limited to dictate that only the first six descendants in line to the throne need her majesty’s permission. As ninth in line to the throne, the act does not apply to Princess Beatrice.

Will Beatrice and Edoardo be getting married soon?

Many people are likely wondering if another royal wedding isn’t too far off! According to The Sun, an engagement may be coming pretty soon. The couple is extremely happy together, and although they haven’t been together for a very long time, their love is definitely real.

Even Beatrice’s friends are discussing the possibility of an engagement in the near future. They can see how in love Beatrice and Edoardo are, and they know that the two of them are just perfect for each other. It is wonderful to see Princess Beatrice so happy and with someone that she connects with. With engagement rumors running wild, we are hoping for another royal wedding soon.