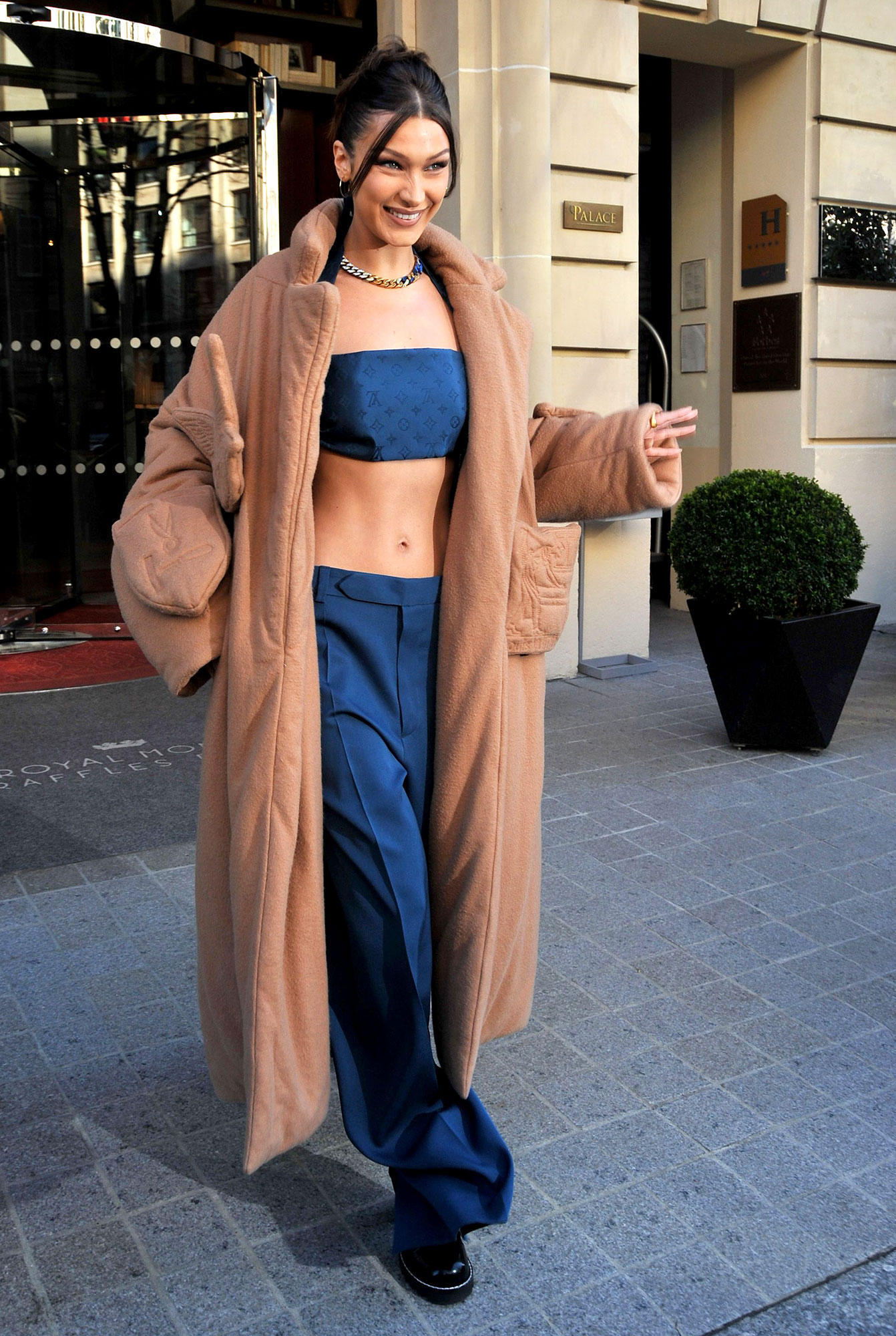 From bandana tops to one-button cardigans and sheer tights, Bella Hadid doesn’t shy away from showing a little skin on the red carpet, runway or in her street style.

And while breaking down her “Life in Looks” with Vogue on Wednesday, August 11, the 24-year-old model opened up about how her sexy fashion choices came to be.

“I’m just a tiny top kind of girl,” she said while talking about a Louis Vuitton cummerbund she wore as a shirt to the men’s fashion show in January 2020. “I love oversized pants, I love oversized jackets, I love sexy masculine. I also love to show a little skin. I don’t think there’s anything wrong with skin.”

Even though she’s rocked everything from see-through Mugler pants and lacy Vivienne Westwood gowns sans a bra, there was time that the star felt a tad uncomfortable wearing revealing ensembles.

Flashback to the 2016 Cannes Film Festival and Hadid, who wore a sexy Alexandre Vauthier gown with an insanely high slit, felt a bit “nervous” walking down the carpet.

She continued: “I kind of get embarrassed of this moment still, even though the dress is gorgeous. It’s just, [it] doesn’t feel so much like me. I think that this was the start of the Bella persona that everyone sees.”

Apparently, this version of Hadid is her “alter ego,” aka Belinda. “I’m just so the opposite of her. She is very va-va-voom. Bless her, love her. She was very nervous.” 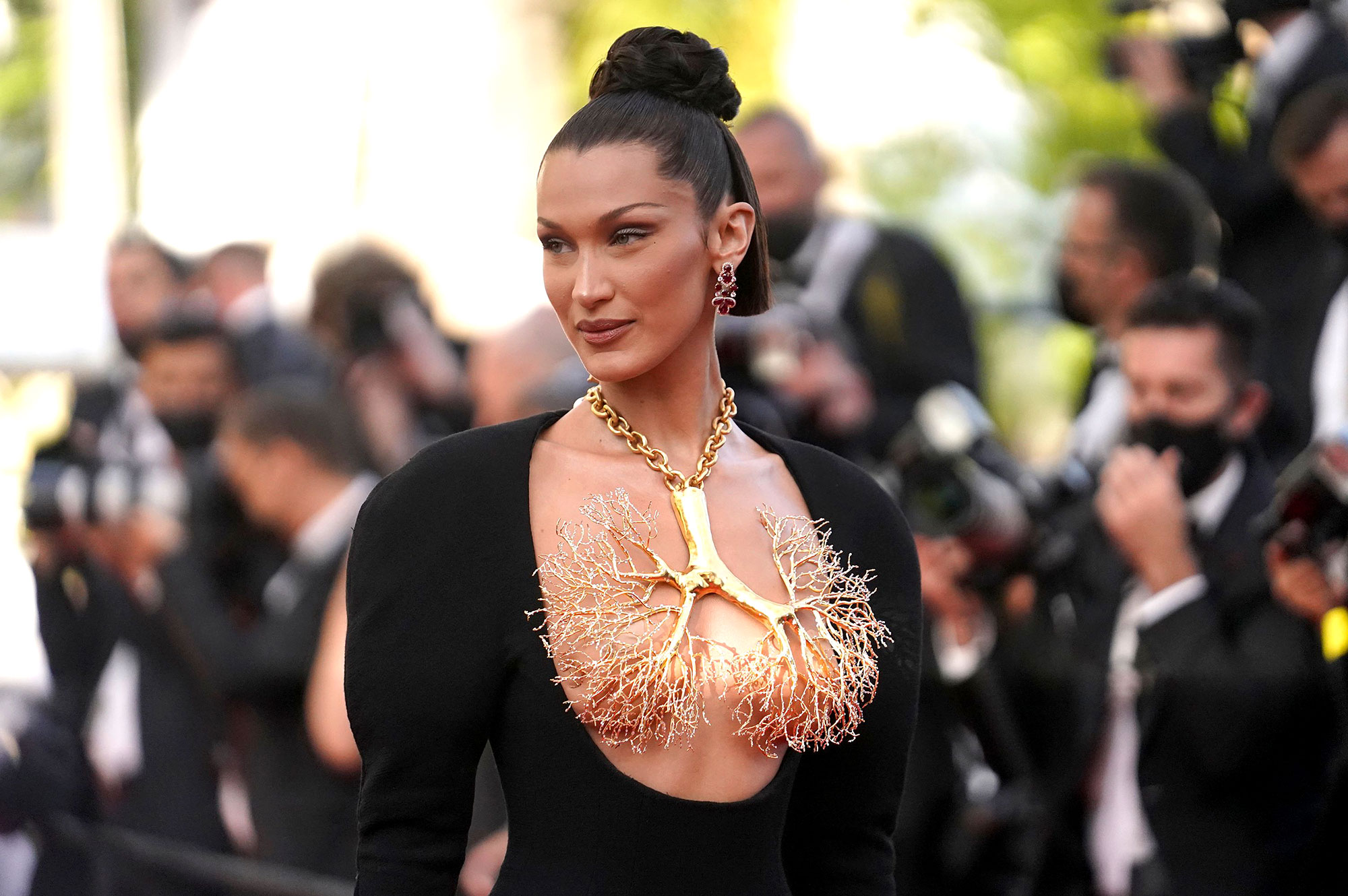 While the model will embrace Belinda on occasion, when it came time to show up to the 2021 Cannes Film Festival, she wanted a gown that was an “embodiment of who I am now as a woman.”

Proof That Nobody Rocks a Bucket Hat Like Vanessa Hudgens

And after having a dream about Naomi Campbell walking down the runway in a black and white Jean Paul Gaultier gown, Hadid knew that’s what was calling her name.

“I basically called a friend of mine at Jean Paul Gaultier and his name is Greg and he’s the best. And I’m like, ‘Greg, I had a dream. I need you to help me. Where is this dress? Do you have it? Is it anywhere?’ And he’s like, ‘I’m so sorry. The dress is in a museum. It’s not gonna happen,’” she recalled.

Hadid continued: “Later that day, I got an envelope of a big picture f the dress with Naomi and I opened it and it was a letter of him telling me that their atelier was gonna make me the dress in six days … I literally put on the dress for the first time 15 minutes before this.”