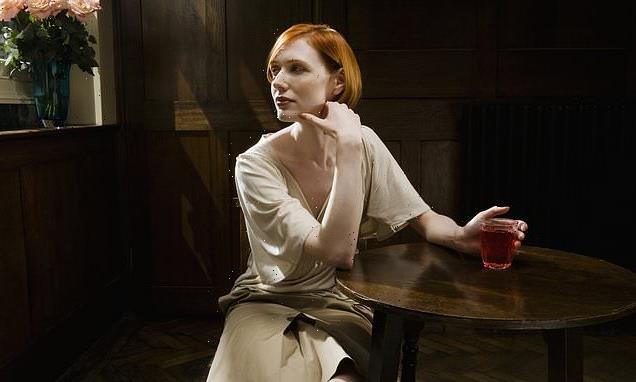 Mothers debate the attributes that make someone ‘classy’ – from wearing neutral colours to being slim and not speaking too fast (but how many do YOU tick off?)

People have been arguing over what makes a person ‘classy’ in a heated online thread.

The debate was sparked after a woman posted on the UK parenting forum Mumsnet under the name “Classynotme”.

Explaining that she would ‘love to be classier’, the woman claimed that she’s not because she rushes around a lot and speaks too fast.

Other people responded with very different ideas of what makes a person classy -from not having tattoos to wearing minimal make-up, dressing in good quality clothes in neutral colours and not drinking too much. 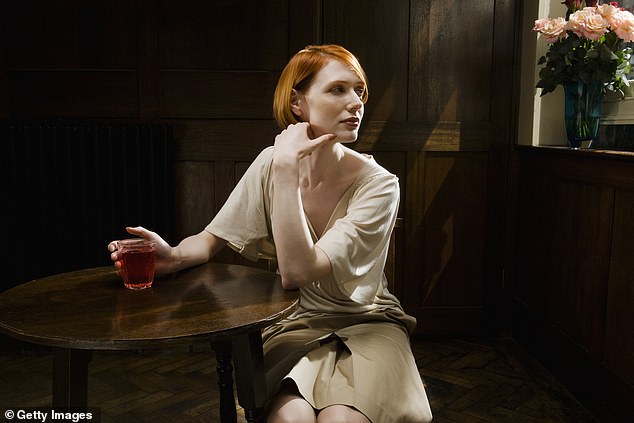 Posting on Mumsnet, the woman wanted to know how she could be more ‘classy’ and thought she came across as ‘un-classy’ because she rushes around

Explaining her point, the original poster wrote: ‘What does it mean to be classy?

‘Not rich but the calm, serene and classy vibe that some people just give off?

‘To me it’s about being slow, polite and considered if that makes sense, never rushed. Plus looking well put together.

‘I’m always rushing and speaking too fast and seem harassed but I’d love to be classier!’ 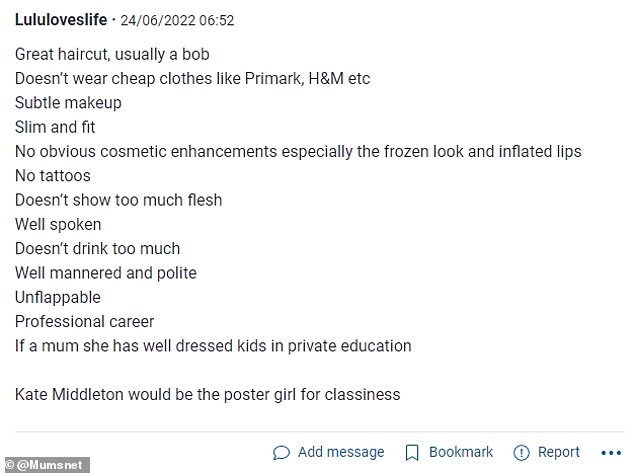 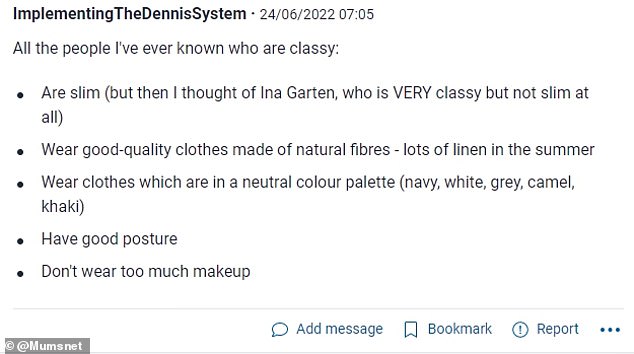 Smelling good, being slim and Kate Middleton seem to be winners in the class stakes. In a day and age where many people now have tattoos, it is still seen as something un-classy by some

While some people said the woman’s question was ‘depressing’ and vomit-inducing, others suggested things they thought made people ‘classy’ or not.

Things got a bit heated when one person suggested that having tattoos and being overweight were not classy.

Some even went to far to say that ‘wearing clothes from H&M and Primark’ were the antithesis of posh.

Others said the descriptions were boring and describing a ‘Stepford Wife’. 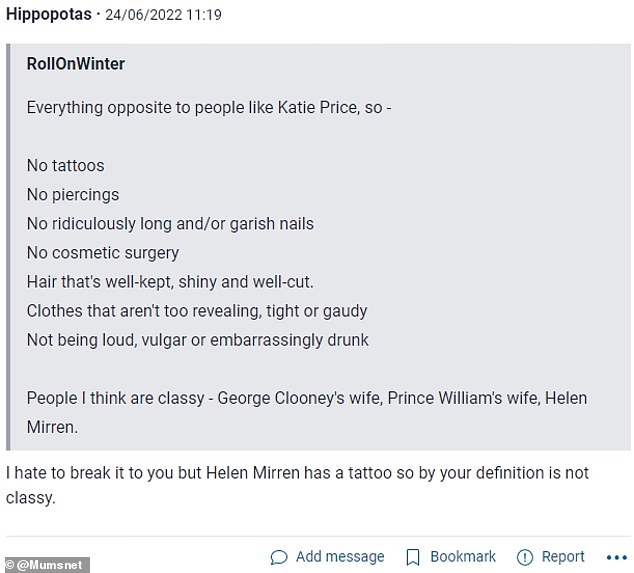 One user responded: ‘Someone who doesn’t overshare very personal information or opinions on anything controversial.’

A poster admired someone she knew who would ‘sound boring’ on paper but was admirable for her organized nature, calling her ‘relentless consistency’ a plus.

Another poster weighed in on the comment and argued: ‘How boring would that be. If “not having opinions on anything controversial” is the definition of classy I must be trash.’

A person simply put ‘no tattoos’, which was something many others agreed with.

However, the comment also ruffled a few feathers with one person suggesting it was a ‘judgemental’ thing to say.

Another said ‘not being fat’ and a poster retorted ‘How high would one’s BMI have to reach to no longer be considered classy?’

The same poster also said they thought that tattoos were un-classy to which someone curtly replied: ‘Hate to break it to you but Helen Mirren has tattoos.’

Others said that ‘anything opposite to Katie Price’ saying the 44-year-old media personality was anything but posh.

One person, who decided to have a laugh with the post, suggested pouring your Tennent’s lager into a glass makes you ‘classy’

One poster listed: ‘No excessive piercings, no tattoos, don’t show too much flesh, doesn’t drink too much, slim, doesn’t wear cheap clothes from Primark or H&M’

The upshot of ‘class’ from hundreds of comments on the Mumsnet thread were looks and hygiene based, saying that elegance comes from being slim and smelling good, and wearing minimalist make-up and jewellery.

Some comments were beyond skin deep, suggesting that being ‘unflappable’, ‘forgiving’, ‘kind’ and ‘thoughtful’ and ‘not saying too much or oversharing’.

Many however, were insulted at the idea, saying that a woman who speaks and says nothing is ‘boring’ and there is more to life than being slim.