It’s her moment! Jennifer Coolidge’s work on The White Lotus was recognized at the 74th Primetime Emmy Awards — and she’s taking it all in.

The Legally Blonde actress, 61, thanked the show’s HBO Max producers as she won the trophy for Outstanding Supporting Actress in a Limited or Anthology Series or Movie. However, she was quickly played off by the Emmys production team — but she wasn’t done yet. 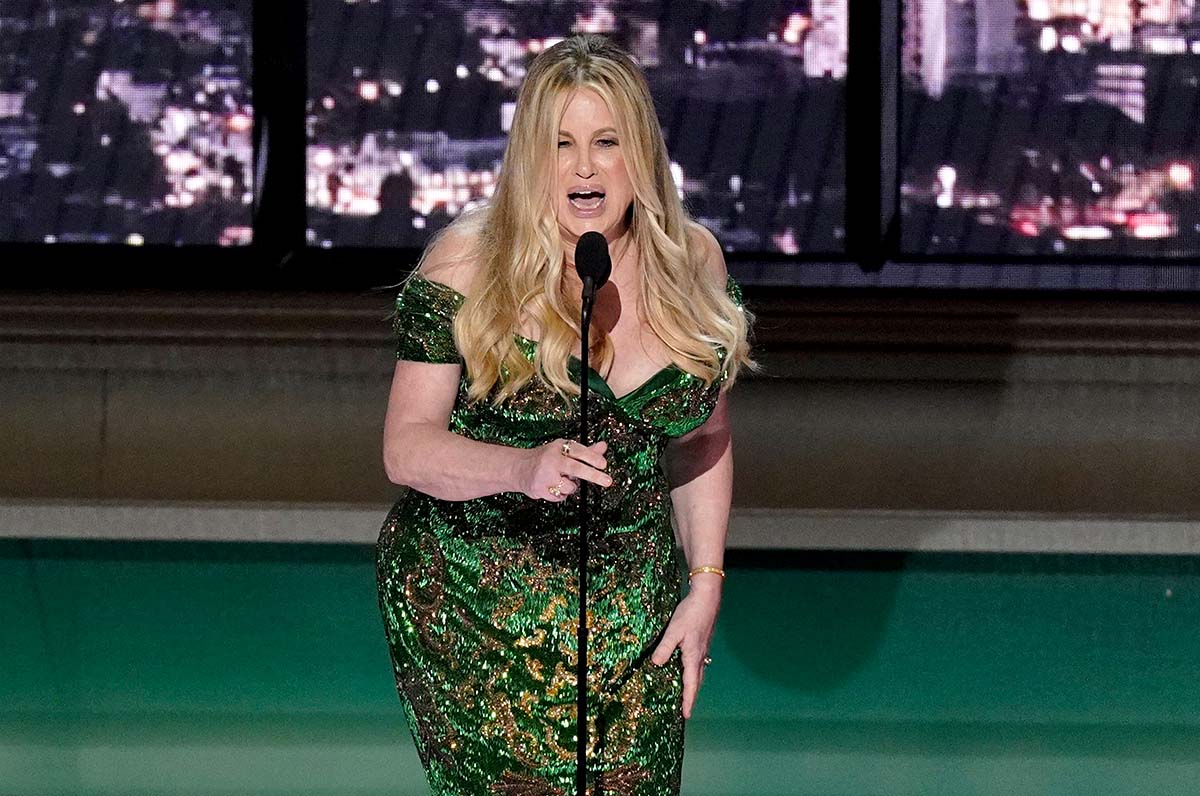 “No, hang on this is a once-in-a-lifetime thing and I’m full, I’m full,” Coolidge quipped on Monday, September 12. “Hold on, wait, wait!”

While the Boston native wasn’t ready to leave the stage after the wrap-up music began, the tunes only got louder. As a result, she joined in and started grooving and lip-syncing to the track.

“Hi, oh gosh, what a night. I just want to say to my fellow nominees — just to be in your company is incredible,” she added in her acceptance speech before revealing her special pre-awards show ritual. “I just want to say I took a lavender bath tonight — right before the show — and it made me swell up inside my dress and I’m having a hard time speaking. I’m not kidding. … This is thrilling!”

After her impromptu dance, Coolidge impressed the crowd inside the Microsoft Theater in Los Angeles, including costars and fellow nominees Connie Britton and Sydney Sweeney as they both applauded her moment. Social media fans were also highly entertained by the moment.

“Jennifer Coolidge deciding to dance when the #Emmys attempted to play her off is a truly perfect moment,” a social media user tweeted on Monday.

‘White Lotus’ Season 2: Everything to Know About the HBO Series

Another added: “I don’t want to live in a world that doesn’t let Jennifer Coolidge speak as long as she wants.”

While everyone — including her HBO costars —clearly finds the American Pie actress highly entertaining, she doesn’t always see it.

“You want to take that compliment and go, ‘I was really funny on that job.’ I want that to be my answer, but I really don’t think that’s what it was. I think a lot of my actors just can’t believe that I’m alive and how I get through life,” Coolidge previously told Us Weekly in July 2021. “People give you credit sometimes when they think you’ve made these acting choices when sometimes you’re personally just trying to get through the moment.”

She added at the time: “I think Mike [White, the show’s creator] just wanted these very versatile, yet incredibly debilitating aspects to a person where they’re sort of just paralyzed by all their anxiety. She’s controlled by her anxiety and just fear and self-hate, and without very good coping skills. The money buffers her from getting to the core of it earlier than this.”