WW2 veteran reunites with children he rescued 76 years ago

For some of the young fliers, the smiling face of a pretty transport pilot emerging from a cockpit might be among the last they saw. 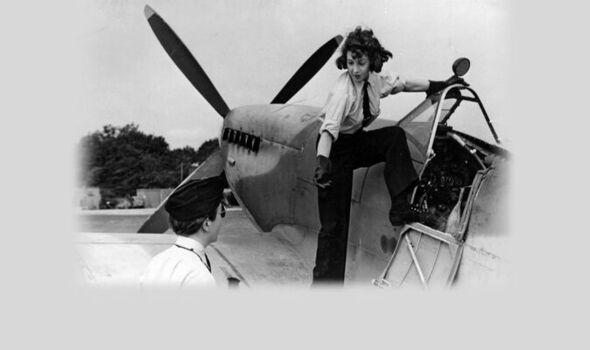 Now the role played by 168 exceptional women pilots in the Air Transport Auxiliary (ATA) during the Second World War is being honoured in a special exhibition that opens today at Biggin Hill Memorial Museum on the former wartime airfield in Kent.

Jackie Moggridge was the youngest of them. Just 20 when she joined the ATA in July 1940, she would go on to fly 668 Spitfires, most of them during wartime. But she never forgot her first Spitfire delivery on October 13, 1941, when she flew one from the plant in Cowley, Oxfordshire, to RAF Ternhill in Shropshire.

Recalling that special moment, Jackie later wrote: “The Spitfire, a machine with the simplicity of features of a beautiful woman, stood outside the hangar basking as proudly as a thoroughbred in the warm sunshine.

“I clambered into the cockpit as warily as a rider mounting a highly spirited stallion and sat gazing absently at the instruments. I started up inexpertly and felt the power coursing through the Spitfire’s frame and registering on the instruments, a little awed but stimulated by the throb of the Merlin engine that seemed to tremble with eagerness to be free in its own element.

“A few seconds later I found myself soaring through the air in a machine that made poetry of flight. Carefully I familiarised myself with the controls as the ground fell away at fantastic speed and felt exhilarated by the eager, sensitive response.

“Singing with joy and relief I dived and climbed and spiralled around the broken clouds before turning onto course. I landed uneventfully at Ternhill, a fighter squadron base, and climbed out with spurious nonchalance as fighter pilots, sunning on the grass and awaiting the call of battle, waved and wolf-whistled in welcome. With an easy camaraderie I waved back, for after all I was, almost, one of them.”

Visitors to the exhibition will be able to see Jackie’s uniform, read her logbooks and see photographs of her with some of the 82 types of aircraft she flew. Back at Biggin Hill yesterday for a preview was Ann Galley, 99, of Teddington, SW London, who worked as a WAAF (Women’s Auxiliary Air Force) plotter there during the war.

Ann, who worked at the site between 1941 and 1944, having joined up aged just 18, recalled: “We worked eight-hour shifts round the clock and my job as a plotter was to stand by a large map and map movements using codewords we heard on earphones.

“One day General Eisenhower paid us a visit and he brought oranges and bananas, which was a real treat. [The museum] has done a brilliant job showcasing the work women did during wartime. I’m very impressed.”

The mementos of Jackie’s service were loaned by her daughter, Candy Adkins, who is delighted a spotlight is finally shining on the women of the ATA and the WAAF.

“Mum delivered 1,438 aircraft, which is an incredible number and she had an exemplary flying record,” says Candy from her home in Taunton, Somerset. “Sometimes she flew five different aircraft in one day. Despite the war, she was always cheerful, which must have helped keep up morale.

“She was always singing in the cockpit because she loved flying so much. She was happiest when she was up in the sky. She was just 5ft 2in tall but she was vivacious, friendly and good fun to be around. 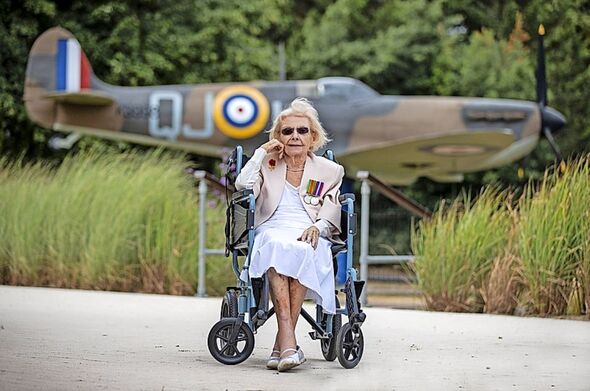 “Often, there was no time for any instruction for the aircraft, so she would take off and then read the ATA ferry pilot’s notes while she was in the sky. The notes had one page per plane, sort of postcard size, which wasn’t very much to go on.”

Pioneering British aviator Amy Johnson, the first woman to fly solo from London to Australia before the war, was also in the ATA and flew pilots such as Jackie around to the pick up and drop off points.

“Once she was in Scotland with Amy and they couldn’t fly because there was fog, so she got to go shopping with her heroine,” says Candy.

“They had a wonderful relaxing time and at one point mum asked Amy for her autograph. Amy replied, ‘Only if you give me your autograph’. Mum took that as a huge compliment. She said she would never forget that moment.”

However, tragedy was never far away. In bad weather on January 5, 1941, Johnson bailed out of a stricken aircraft over the River Thames near Herne Bay in Kent and perished in the freezing waters.

“My mother was devastated by Amy’s death but there was little time to mourn,” says Candy, who has a son, Ashleigh, and a daughter, Lara, with her husband Mark, an advertising executive. 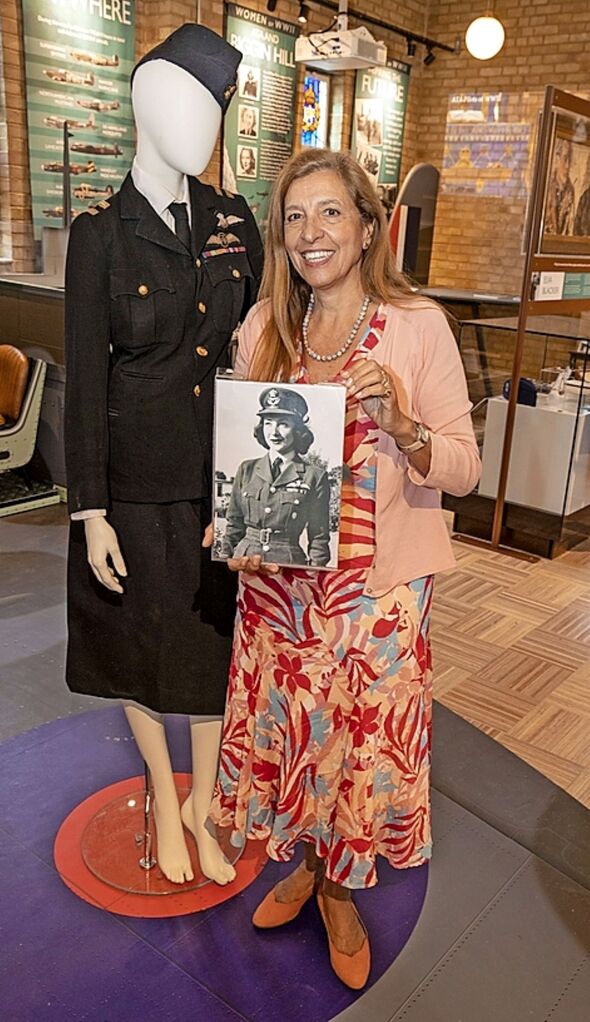 “Every day she had to be ready to fly anywhere in the country to drop off a Spitfire, Hurricane, Mosquito or any number of other aircraft. She knew that every time she took off there was a risk she would never land again. She used to say that most of those who died were victims of the weather.

“Even when visibility was poor she said that there was a ‘press on’ spirit to make sure aircraft were delivered on time. Radio communications would have helped in bad weather but because of security, they were not allowed to use the radio. Once they were in the air, they were on their own.

“It was one heck of a responsibility for her, but she got on with it in her own cheerful way. She was based at Hamble near Southampton and stayed with a wonderful family in a country cottage, which sort of cosseted her from the world.

“She used to get around on a motorbike, which she loved because it gave her freedom to explore. She was one of 15 women down at Hamble but more came later and they all looked after each other.”

Jackie was born Dolores Sorour on March 1, 1920, in Pretoria, South Africa. Her father died of pneumonia before her birth. When she was in her teens she told her English mother, Veronica, she wanted to change her name to Jackie. 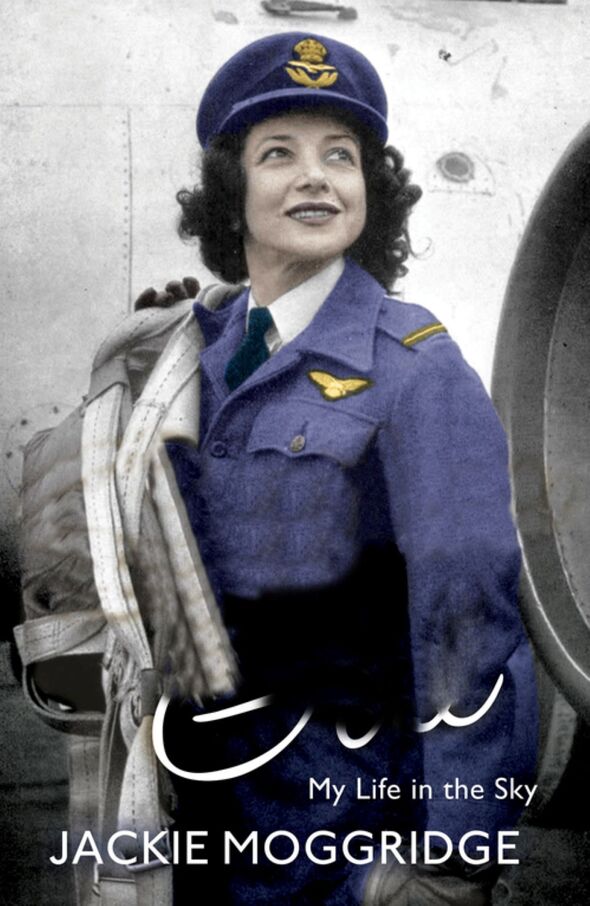 A bit of a tomboy with two little brothers, she went to a convent school, but learnt to fly aged 15, partly to put her siblings in their place. At 17, she was the first woman in South Africa to do a parachute jump. She broke an ankle but was not deterred.

Desperate to become a commercial pilot, she came to Britain to train when she was 18, but then war broke out. When the director general of Civil Aviation wrote to her in September 1939 to ask if she would consider becoming a ferry pilot, she decided not to return to South Africa.

She wrote to her mother: “I can’t let them down. The war will be over in a few months. It isn’t dangerous, Mother. In fact, apart from the blackout and uniforms, you wouldn’t know there was a war on.

“So don’t worry. I am all right. What about my allowance? I have £30 left in the bank. Your loving daughter, Jackie.” In fact, it was a dangerous job and 174 ATA pilots were killed, around 10 per cent of the total.

“During the war Jackie met the man who would become her husband, Lt Col Reg Moggridge. When she flew over bases where he was stationed she would drop bars of chocolates with a note attached to a mini parachute. The relationship ­survived his two-year posting to India.

In 1945, she was awarded the King’s Commendation for Valuable Service in the Air. And after the war, when the ATA was ­disbanded, Reg supported her when she became the first woman airline captain to fly passengers on scheduled flights while working for Channel Airways in the 1950s. 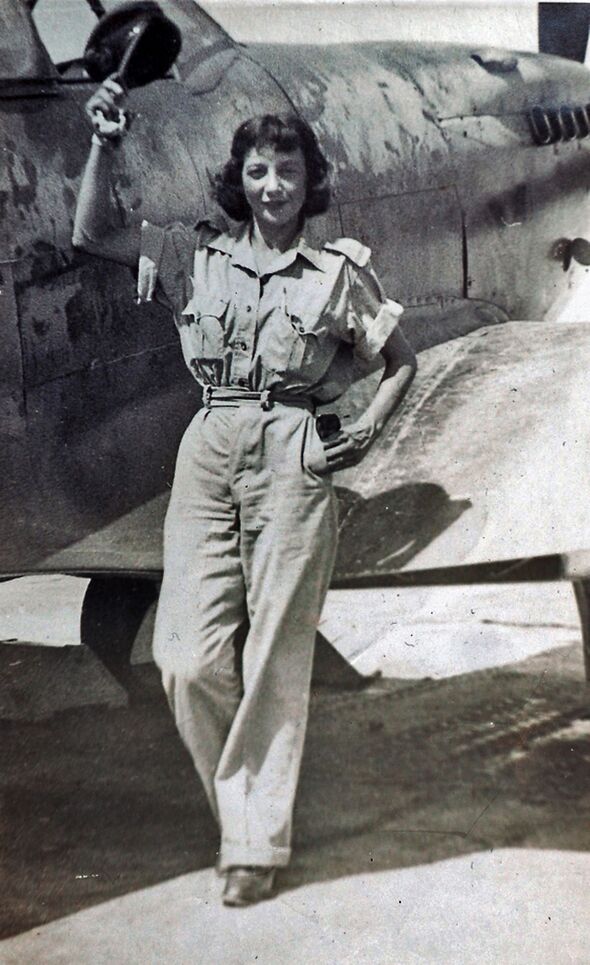 One of the routes was from Southend to Antwerp. Sometimes she took her oldest daughter Veronica along with her for the ride.

“She would often sneak me onto the plane with other passengers,” recalls Veronica, who now lives in Spain. “If there was no seat spare she’d just plonk me down in the doorway between cabin and cockpit – hang health and safety.”

Jackie later joined the WRAF and was the second woman to gain her RAF wings. Throughout her flying life, she was frustrated by the male-dominated environment, which she felt held back women from reaching their full potential. In 1953, she sought to be the first woman in Britain to break the sound barrier, having learnt to fly Meteor jet planes, but her appeals were rejected by the Air Ministry.

In 1957, her memoir Spitfire Girl was published and she became internationally known. In France, a publisher was so inspired that a four-page cartoon was created to go inside the comic for girls called Lisette. The story mirrored Jackie’s real life and the prejudices she had to overcome as she blazed a trail for women to be treated equally.

Candy and her daughter Lara have worked together to produce a series of children’s books featuring Jackie’s life to inspire others to fly.

“The books, beautifully illustrated by my daughter, are an affectionate tribute to my mother,” says Candy. “Spitfires were a huge part of her life. On April 29, 1994, she took her last flight on one to re-enact the inaugural flight 50 years earlier.”

Jackie died at her home in Taunton in January 2004, seven years after the death of her beloved husband. She was 84.

Other ATA women being honoured at the exhibition include First Officer Dora Lang and Flight Engineer Janice Harrington, who both died on March 2, 1944, while delivering a de Havilland Mosquito Mk V1 plane to an airfield in Hampshire. The plane stalled on the landing approach. The women were buried side by side.

Biggin Hill Memorial Museum director Kate Edwards said: “We hope people will visit us to delve into and enjoy these new stories while engaging with all the displays to discover the hidden heroes of the Second World War.”

Visitors can also enjoy the chance to “fly” a Spitfire in a virtual reality experience.