Viewers praise ‘humble’ Jack Ramsay, 18, who admits he ‘did nothing to deserve his upbringing’ – as he returns to council estate where father Gordon lived before making his millions

Viewers have praised ‘down to earth’ Jack Ramsay after he admitted he’s done ‘nothing to deserve the upbringing’ his multi-millionaire father Gordon has given him.

Jack, 18, from London, returned to the Bretch Hill estate in Oxfordshire, where Gordon lived as a teenager, to experience what life was like for his father before he made his £180M fortune.

The teenager was paired with George, who is homeless and gets by on £57 Universal Credit a week, and was introduced to the world of sofa surfing and the desperation you face when you can’t find anywhere to stay for the night.

At one point, he faced sleeping on the streets, prompting him to admit he lived ‘in a bubble’ and has ‘never had to fight for anything’.

But viewers praised his ‘down to earth’ attitude and said he was a ‘credit to his parents.’ 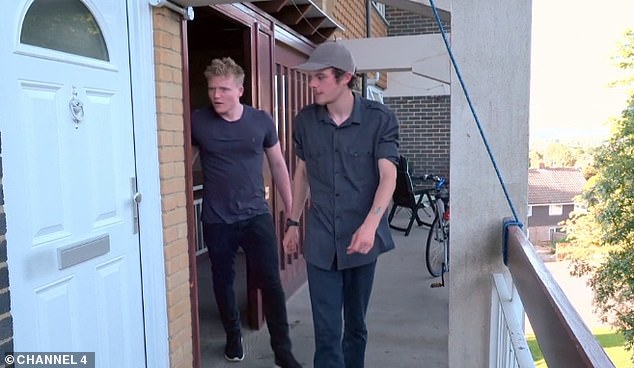 Jack Ramsay, 18, from London, shadowed George (right), from the Oxfordshire council estate, Bretch Hill, for a week to experience the life his father Gordon had growing up

The teenager impressed viewers with his down to earth attitude, with one praising him as being raised with ‘humility, manners and good grace’

One wrote: ‘Watching Born Famous, Jack Ramsay seems a proper decent young man. I am sure he has his moments, but doesn’t seem like the spoilt brat type. Hats off.’

While another commented: ‘Really enjoying #BornFamous with Gordon Ramsay’s son – he has been raised with humility, manners and good grace. Working as a teacher, I see all kids from all backgrounds and I imagine it is hard to keep privileged kids grounded.’

Jack grew up in a mansion in South-West London with his parents Gordon and Tana and three sisters.

Gordon said of his son: ‘Jack wasn’t born with a silver spoon but if I had to compare, he was born on a silver tray.’ 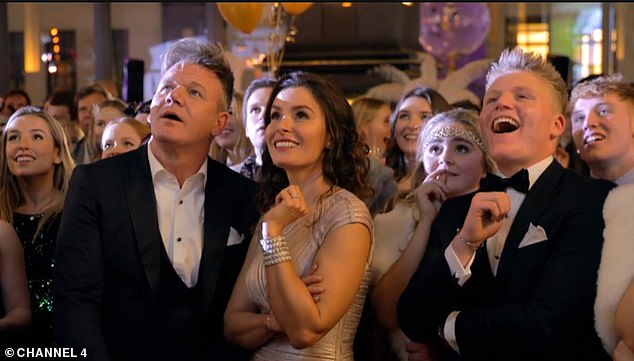 Jack admitted that his biggest fear in life was letting down his parents, celebrity chef Gordon Ramsay and wife Tana (pictured at the teenager’s lavish 18th birthday party)

Jack admitted: ‘I don’t know what I’m like without the life that I’ve got.

‘I always do wonder if I’d be different if people didn’t know me as Gordon Ramsay’s son, and if I was just Jack.’

However, he said his father hadn’t given him an easy ride, saying: ‘Dad really wants us to do well, he just wants you to be on it, you’re under scrutiny.’

While Gordon scraped one O Level, Jack went to a top private school. At 18, he has just finished his A levels and plans to go to university. 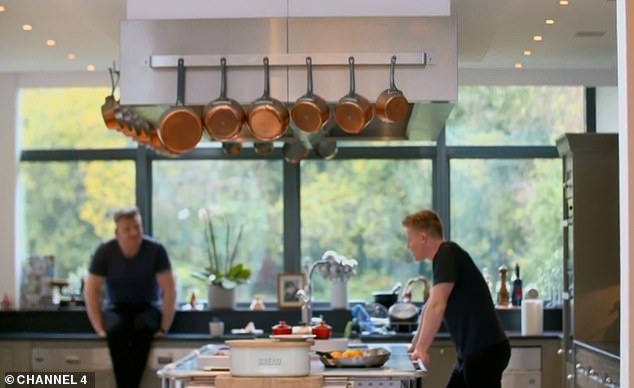 Jack grew up in a stunning house in south London with his father Gordon, but said he was ‘always under scrutiny’ from his father, who wants his children to succeed 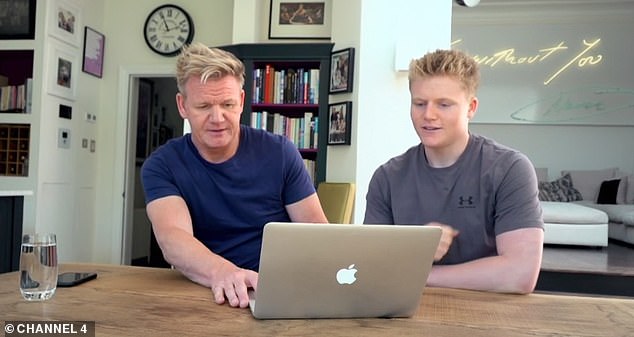 He said: ‘One of the things that keeps me up at night is letting down Mum and Dad.

‘It’s probably one of my biggest fears. because they’ve given so much, I want to give it back.’

Gordon Ramsay was born near Glasgow in 1966, and moved round council flats, before moving to Bretch Hill in Banbury as a teenager.

He called it ‘a tough neighbourhood that no one wanted to visit.’ 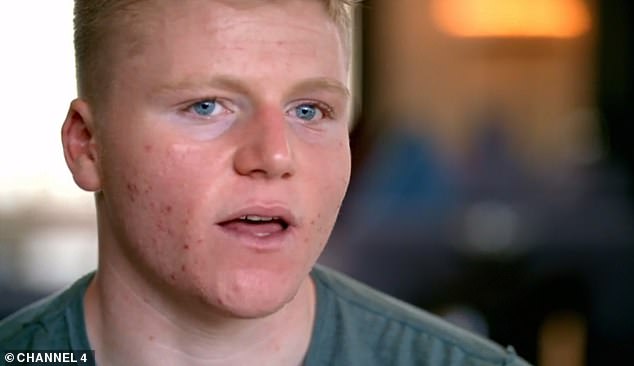 The teenager admitted he’d ‘grown up in a bubble’, saying: ‘I’ve never really had to fight or do anything for myself’

Jack travelled to Bretch Hill, and shadowed George for a week, a homeless man who gets £57 a week Universal Credit, and spends his evenings sofa surfing.

Estranged from his mother, George is never entirely sure where he’ll end up sleeping throughout the week.

George told Jack: ‘Any small mistake will s**** your life over. I was hanging out with the wrong type of people, and I thought it was a good idea to take my mum’s card and spend a lot of money.’ 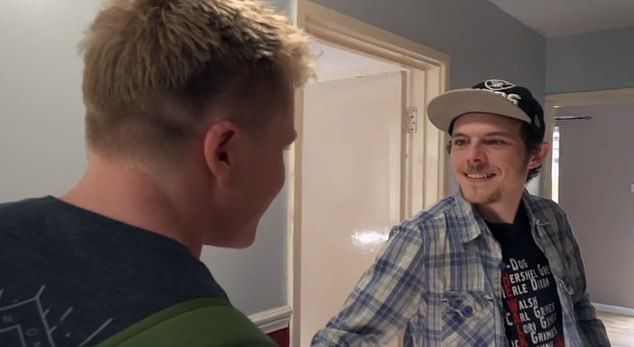 Jack spent the week shadowing George, a homeless man who lives in Bretch Hill on just £57 a week

He admitted: ‘A bad week would probably be, here for a night, and then on the streets for the rest of the week. That would be one of the worst weeks.’

And while the men bedded down for the night at the home of one of George’s friends, Jack said he’d been left stunned by the first day of the experience.

He said: ‘Surreal day. If it was me who was living here at 18-years-old, I don’t know how I’d react. It’s just luck where you’re growing up and your circumstances.

‘I didn’t do anything to deserve my upbringing and neither did George.’ 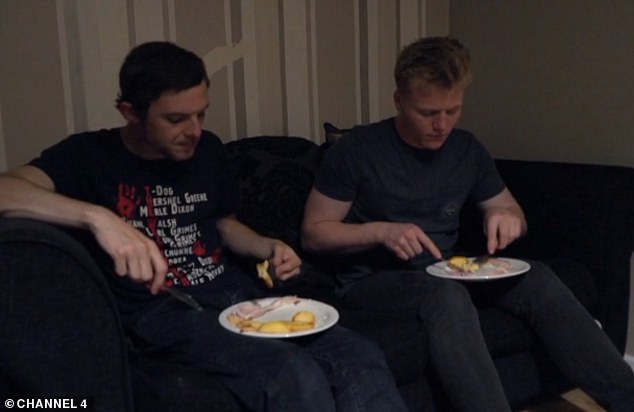 The two spent their first night together sleeping on a sofa at a friend of George’s, with Jack calling the experience ‘surreal’ 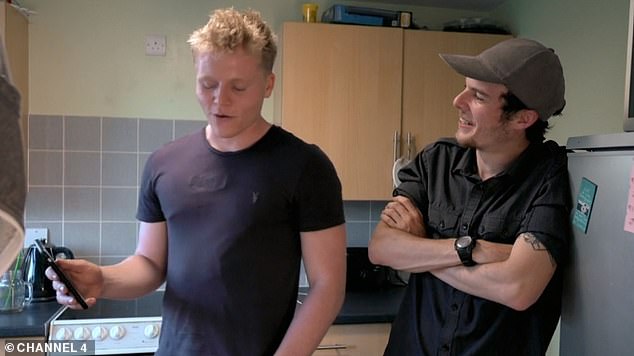 Jack said that just as he hadn’t done anything to deserve his privileged upbringing, it wasn’t George’s fault that he’d been left struggling

Since leaving school, George admitted he’d struggled to find work, revealing: ‘I’ve got a lot of stress on my plate, what with trying to find work.

‘I think one day I will be able to get a job, have my own bed, comfort and warmth – that’s what keeps me going.’

He told Jack he regularly used to sleep rough, saying that he and his girlfriend used bed down in a tent in a nearby park.

He said: ‘I don’t know how I’d be able to survive to be honest, if I ended up back on the streets on my own. It’s scary and worrying to think about.’ 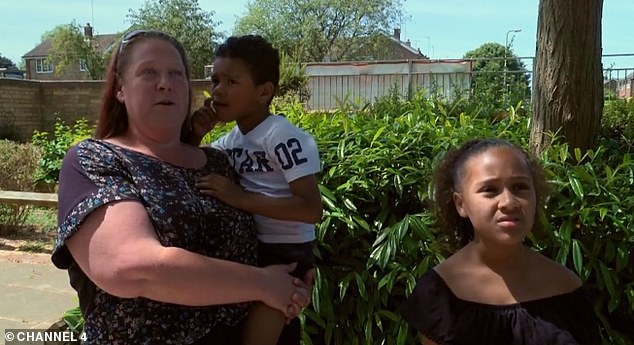 The teenager met with Carla, who used to work in the local youth centre, and later asked if he could crash on her sofa when he was faced with the prospect of sleeping on the streets 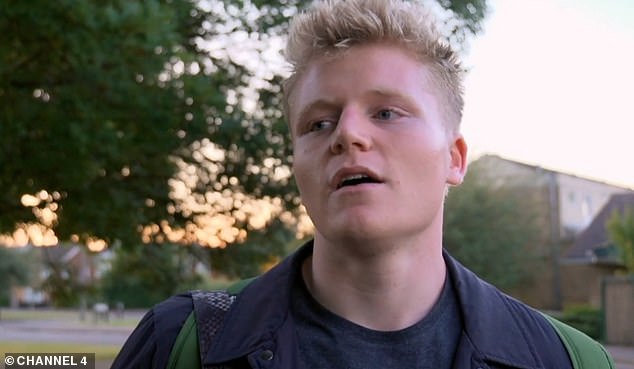 After being told he could no longer stay with George’s friend because there had been a ‘family situation’, Jack faced the possibility of sleeping on the streets

Then, Jack found out that he couldn’t stay on the sofa at George’s friend’s house again that night, due to a family situation.

Jack was left to fend for himself, and the teenager was left with the very real possibility he’d have to sleep on the streets for the night. 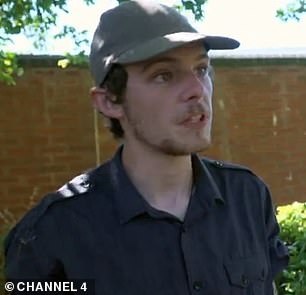 Jack joined George as he showed him where he used to sleep in a local park, and took on a trial shift in a restaurant

He said: ‘It feels weird, I came here to see if I could live a life that could have been a very real possibility. A hotel is 100% not an option.’

He continued: ‘I will do anything because I want to prove to myself and dad and my family that I would be alright if I lived here.’

To avoid sleeping rough, Jack begged a favour from a woman called Carla who he’d only just met, and she let him sleep on her sofa for the night.

But the next morning he said he felt he was ‘intruding’, and called the feeling ‘humiliating’.

He joined George at a trial shift in a restaurant, and got stuck in doing the washing up.

The men were overjoyed to learn that George had finally landed a job, and the pair parted on good terms with Jack wishing him the best of luck. 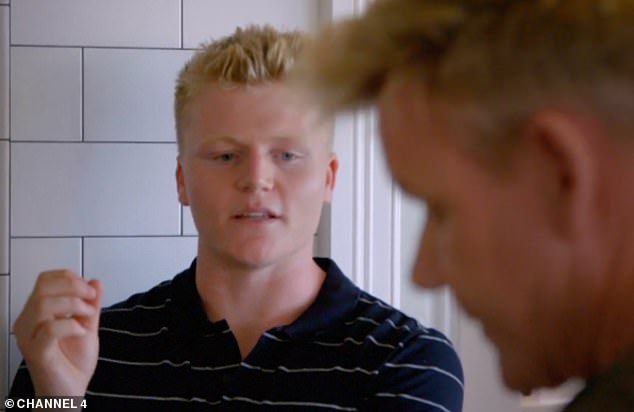 Later, Jack told his father that he didn’t believe he would ‘make it out there’ in Bretch Hill if he lived there now

Travelling to his family’s second family home in LA, Jack discussed the experience with his father, telling him: ‘How would you feel if I told you I don’t think you would make it out there now if you were a teenager?’

But Jack insisted that it was more complicated than his father was saying, telling his dad: ‘The instability that [George] had is monumental. He feels like he isn’t worth very much.’

Jack said: ‘[Dad]’s so adamant, He wouldn’t budge on how he feels. 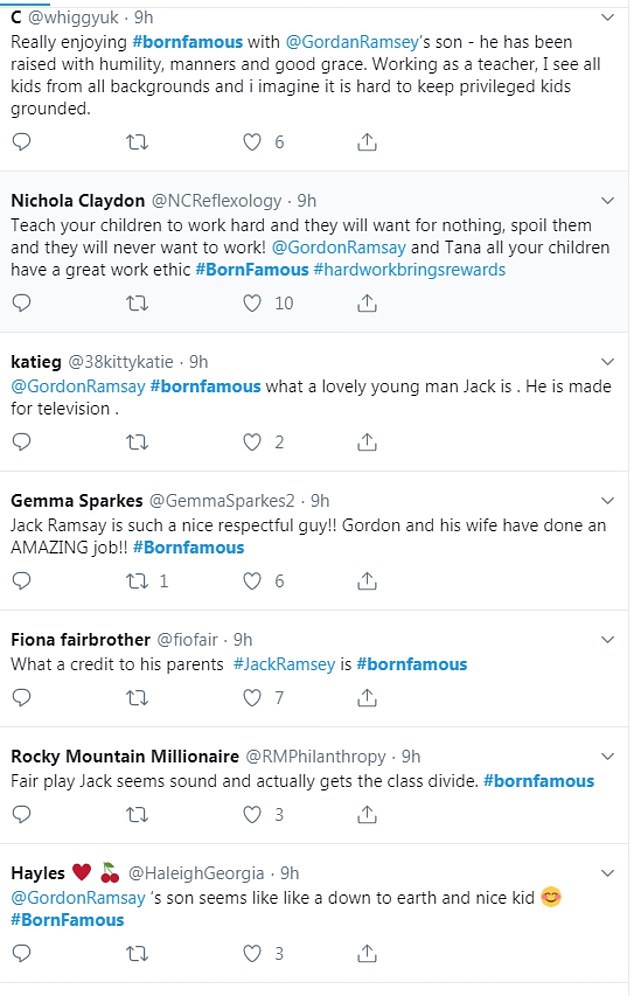 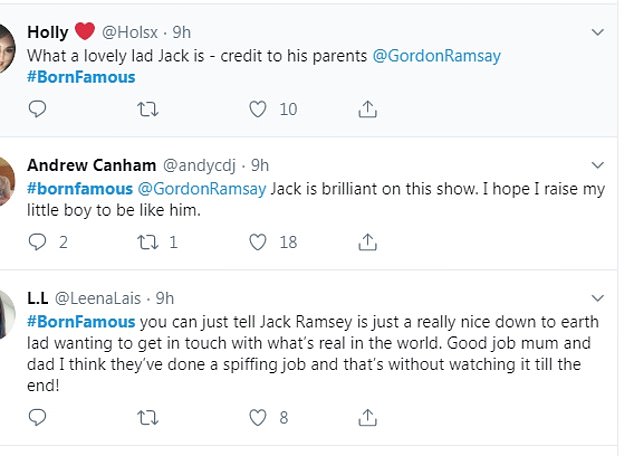 Viewers praised the teenager for his ‘down to earth’ attitude, with one calling him ‘a credit to his parents’

‘But what I found out is hunger isn’t the only part of the recipe you need. I just think if you were to put him in Bretch Hill right now, he would become part of the lost generation.’

Viewers took to Twitter to praise Jack Ramsay for his ‘down to earth’ attitude, with many saying he was a credit to his parents.

Another commented: ‘Jack Ramsay is such a nice respectful guy! Gordon and his wife have done an amazing job!’

‘I had a feeling Gordon Ramsay wouldn’t let his son be a stuck-up snob and I was right, he comes across very down to earth,’ another added.

One said: ‘Good lad is Jack Ramsay. No airs or graces about him and understands how lucky he is to have been born into wealth. He’s come across really well. Gordon can be super proud of him.’