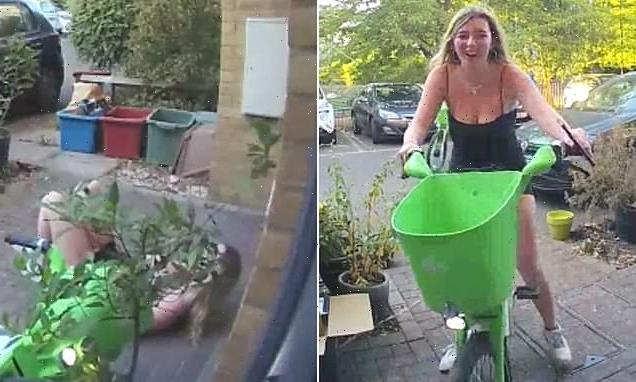 What a ride! Woman, 20, tumbles off her bike after cycling home from a night out in hilarious moment caught on her Ring doorbell camera

This is the hilarious moment a woman was caught tumbling off a bike outside her front door after she cycled home after a night out.

While she made it to her front door, the partygoer did not quite end the night without a scratch, as she fell off her bike and tumbled to the floor while her friend was reduced to stitches. The mishap was captured on her Ring doorbell camera. 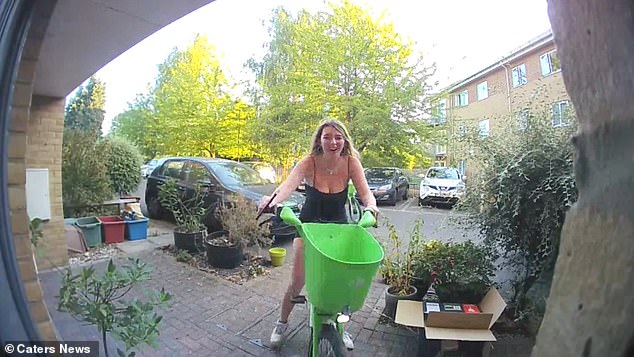 Leoni Williamson, 20, from Clapham, was left red-faced after cycling home from a night out on a rented bicycle to her front door before her balance eventually failed her 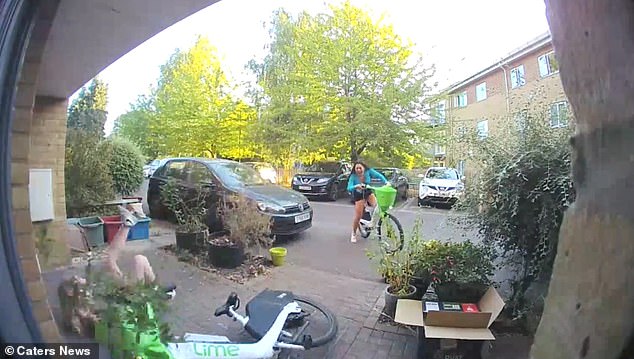 While she made it to her door, the partygoer did not quite end the night without a scratch, as she fell off her bike and tumbled to the floor while her friend was reduced to stitches

Speaking of her fall, Leoni said she and her loved ones saw the funny side.

‘My friend and I laughed a lot,’ she said. She added her family were also wildly amused by her drunken antics.

‘My family found it very funny, they laughed too,’ she added. ‘Everyone says they can’t stop watching it and it gets funnier each time.’

The footage shows Leoni and a friend cycling down the street on two Lime bikes.

As she pulls into the property, Leoni appears in control of the bike. 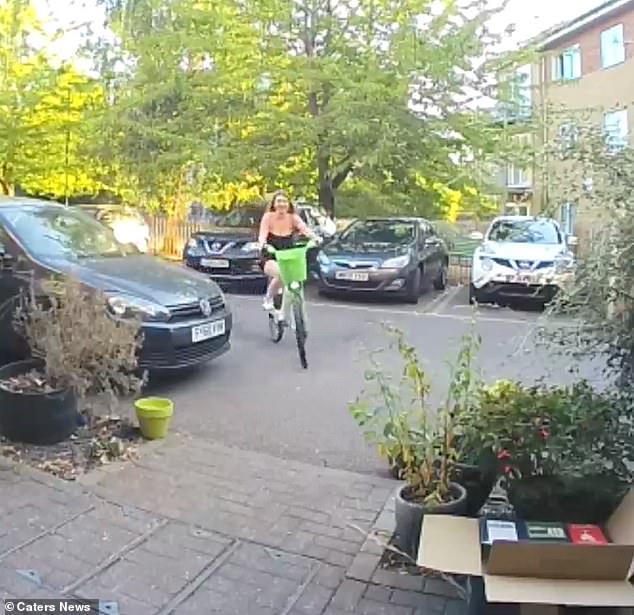 The footage, which was recorded by her smart doorbell, showed Leoni merrily spinning her wheels with her friend just behind her 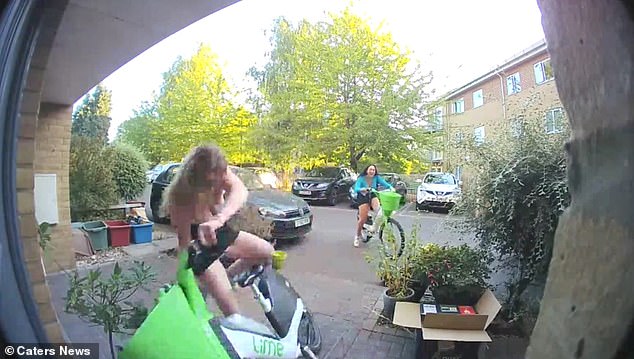 The club-goer then tries to dismount the hired back, but as she lifts her legs over the seat, the bike start to tip over

The two women, who appeared to have had a fun-filled night out, could be heard laughing with one another.

Leoni could also be heard chiming ‘I’m home,’ before turning to look at her unnamed friend.

The club-goer then tried to dismount the hired bike but as she lifted her legs over the seat, the bike started to tip over.

Due to the heavy weight of the cycle, Leoni soon fell, taking with her one of the potted plants that were propped on her porch by the front door. 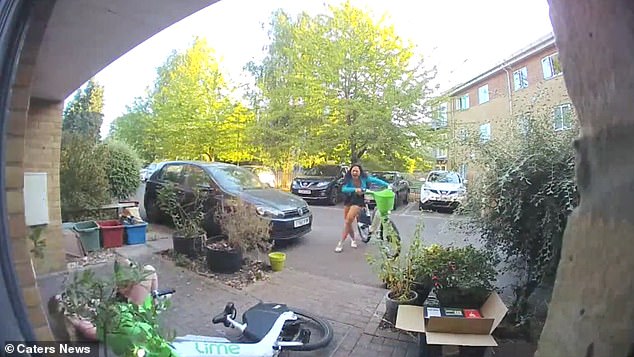 More fear than harm! Leoni took an impressive tumble in the camera footage after falling from the bike 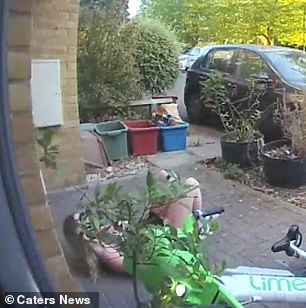 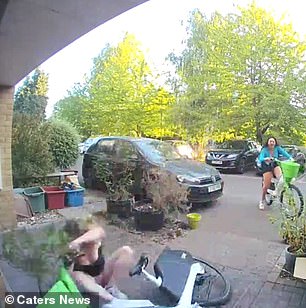 Even as she and the bike fell to the ground, the 20-year-old club-goer could be heard laughing at herself

Meanwhile, her fall stopped her friend in her tracks as she was reduced to stitches in the background.

While Leoni’s story has a funny ending, according to the Road Traffic Act 1988, it is an offence to ride a bike after drinking or taking drugs and could lead to a fine.

The maximum penalty for cycling whilst under the influence is a £1,000 fine, which is also the case for careless or inconsiderate cycling.

The maximum penalty for dangerous cycling is a £2,500 fine.