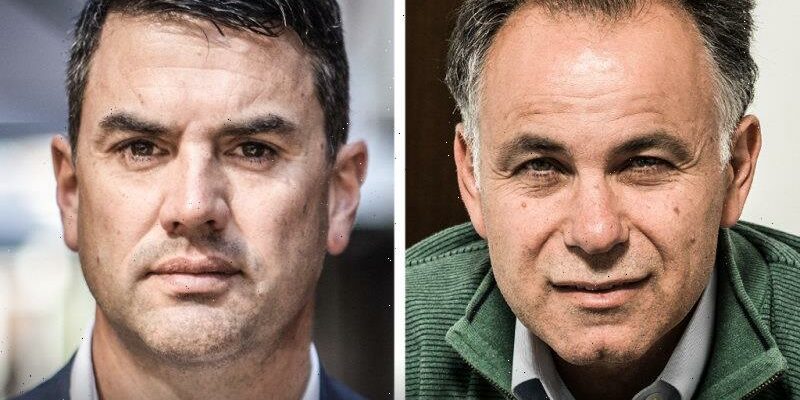 Some Liberal candidates yet to be formally declared winners after the state election will be allowed to vote in Thursday’s ballot for the party’s leadership, with outgoing leader Matthew Guy deciding who is invited to help pick his replacement.

The contest between John Pesutto and Brad Battin is on a knife-edge, with both men believed to have the support of 15 MPs, according to The Age’s analysis based on dozens of interviews with Liberal MPs. The votes of another three MPs remain unknown. 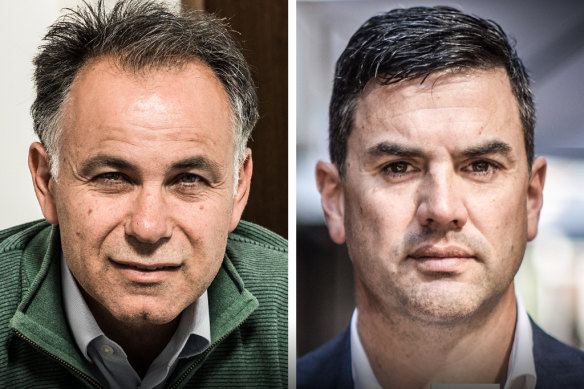 The party was humbled in last month’s election and Guy said he would step down after leading his party to defeat for a second time.

Several Liberal MPs said the race to replace Guy had descended into a factional brawl, with Battin courting conservative MPs by standing as an alternative to Pesutto, who is the leading moderate candidate.

Under the party’s internal rules, leaders can invite candidates to ballots if they are deemed likely to win the seat. But several Liberal MPs questioned why some Upper House MPs had been invited before the ballot closed, hinting that their inclusion could sway the outcome, which will come down to just a handful of votes.

Liberal candidate for Narracan Wayne Farnham, and upper house candidates Nick McGowan, Trung Luu and Manju Hanumantharayappa – who are second on the Legislative Council ballot – are all expected to attend the vote, despite counting continuing.

But Bass candidate Aaron Brown, who was invited, is unlikely to attend after falling behind in the count. And although the Liberals are ahead in Pakenham, a recount of the distribution of preferences has put Labor in front by 100 votes – which could endanger the participation of Liberal candidate David Farrelly.

Pesutto is believed to have secured the support of more progressive Liberal MPs including David Davis, Michael O’Brien and Brad Rowswell. Battin is being backed by MPs aligned to Ryan Smith, Richard Riordan and Bev McArthur.

On Monday, McGowan, who is on track to win an upper house spot for the North Eastern Metropolitan region, held a ballot of rank-and-file Liberals to help him decide who to vote for. But the move was criticised by several Liberal MPs who said there was no transparency around the process to ensure he voted the same way as party members.

Rank-and-file members commended McGowan for bringing along branch members to have a say on the next leader, especially in the aftermath of a disastrous result for the Liberal Party. 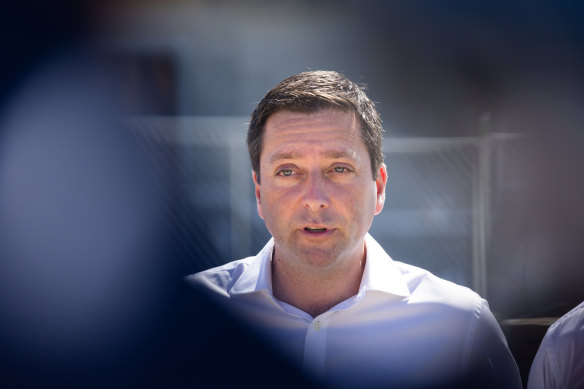 Camps for both leadership candidates are confident they have the numbers with several undecided Liberal MPs telling The Age they were seeking clarity about the future of the party, unity and how to energise the membership base.

Rowswell, Roma Britnell, Smith and Riordan are all contenders for the deputy leadership. Battin on Monday told The Age he prefers the deputy and leader to not come from the same geographical area but said it was not a necessity.

“We need to look beyond the tram tracks of inner Melbourne and focus our efforts on all of our state: the growth suburbs, the regional cities and on rural Victoria,” McArthur said in a statement.

Crozier said: “I’ve given it very careful consideration and I’ve decided that if I can assist the younger and newer MPs coming through, and to help with rebuilding and holding the government to account, that’s what I’d like to do.”

Matthew Bach, who is popular with both moderate and conservative MPs, is likely to be the only contender for deputy leadership in the Legislative Council.

Labor retained the seat of Northcote in Melbourne’s inner-north by 184 votes after the Victorian Electoral Commission distributed preferences on Tuesday, taking the Andrews government closer to hitting the high watermark of 55 seats won in the 2018 “Danslide”.

Kat Theophanous held the seat with a 0.22 per cent margin on a two-party preferred basis against Greens candidate Campbell Gome. 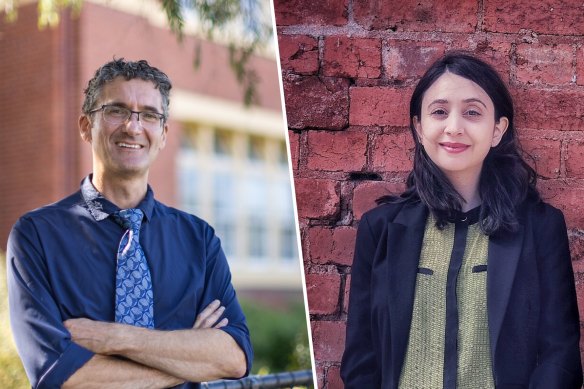 Theophanous, who survived a 1.5 per cent swing against her on a two-party preferred basis, was appointed parliamentary secretary for women’s health on Monday in a modest cabinet reshuffle.

Gome congratulated Theophanous on her victory. “Labor have scraped over the line in Northcote by 184 votes, and the Greens will be back with a positive campaign in this seat in 2026,” he said.

A result for Preston was also expected to be finalised on Tuesday, but the VEC will now distribute preferences on Wednesday. Candidate Nathan Lambert is expected to retain the northern suburbs seat for Labor.

Counting is also continuing in Bass and Pakenham.