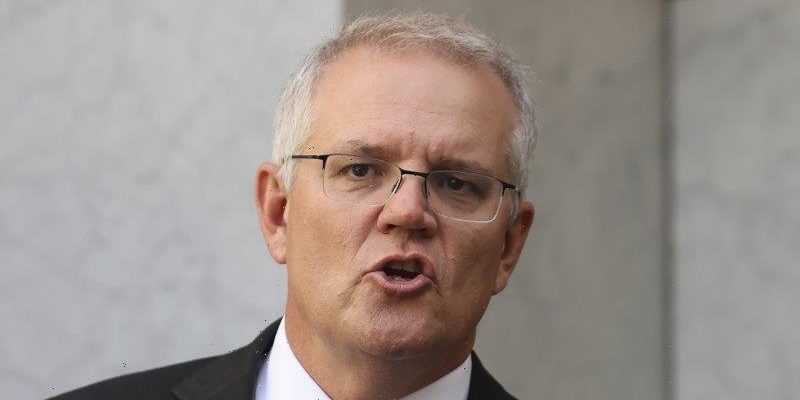 Prime Minister Scott Morrison has conceded all Australians may not be given their first dose of a coronavirus vaccine by the end of the year, despite doubling its order of Pfizer’s vaccine, saying his government would not be setting a targets for its new rollout plan.

The government on Sunday confirmed the 20 million additional doses of the Pfizer vaccine contracted by Australia were due to arrive in the last quarter of 2021, supplying enough doses for all Australians to receive at least their first dose before the end of the year. 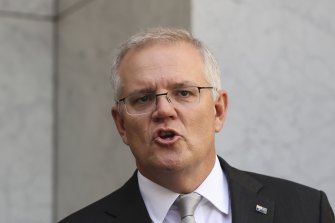 Australia’s vaccine program, already bedevilled by supply shortages, took a blow last week when the government announced that the AstraZeneca vaccine that Australia can produce locally was no longer preferred for people aged under 50 due to rare blood clots linked to the vaccine. The government then secured the extra doses of Pfizer, which has now been named as the preferred vaccine for those Australians.

Mr Morrison said his government has “not set, nor has any plans to set any new targets for completing first doses”.

“While we would like to see these doses completed before the end of the year, it is not possible to set such targets given the many uncertainties involved,” Mr Morrison said on Facebook.

“We will just get on with the job of working together to produce, distribute and administer the vaccines as safely and efficiently as possible.”

The Morrison government also moved over the weekend to assure Australian GPs they will be given indemnity in case anything goes wrong with the AstraZenica vaccine after doctors raised concern they would have to pay out if their patients developed complications and sued.

In a statement, Australian Medical Association president Omar Khorshid urged Australians to talk to their GPs about whether or not to have the “very safe and effective” AstraZeneca vaccine despite concerns from some GPs about litigation risks.

“Please be assured that all registered doctors are fully covered – your GP is more concerned with your health,” Dr Khorshid said.

Trade Minister Dan Tehan earlier on Sunday said the government’s goal was “to try and have all Australians have a dose by the end of the year, but we have to remember that we’re dealing with a pandemic, things can change”.

Mr Tehan will travel to Europe on Wednesday where he will urge his German, Belgian and French ounterparts to do what they can to increase production on all vaccines manufactured in the continent. Many of the world’s COVID-19 vaccines – including AstraZeneca and Pfizer – are manufactured in Eruope, but because of its export controls it has effectively blocked contracted supplies to countries including Australia.

“I’ll be highlighting the need to increase production, and for all of us to be working on that rather than looking to restrict exports,” Mr Tehan told The Sydney Morning Herald and The Age.

“The first call will be the Director-General of World Trade Organisation Ngozi Okonjo-Iweala, who has been quite outspoken around export restrictions.

“Everything we can do maximise production at this stage across board is becoming more and more important.”

The government had previously promised every eligible Australian would be vaccinated against COVID-19 by October – meaning the timeline has now been delayed by at least three months.

Over the last 48 hours to Sunday, 88,564 Australians were vaccinated bringing the total number of vaccinations to 1.16 million, with over 465,000 given by GPs.

Health Minister Greg Hunt confirmed Pfizer’s commitment to Australia under its contract was to deliver 40 million doses in 2021, saying “it’s an uncertain world” but “Pfizer has been delivering to Europe”.

Doctors have raised concerns that they would not have legal protections and insurance coverage if their patients developed complications after receiving a vaccine.

Mr Hunt said doctors were covered by a government indemnity to the vaccine manufacturer if a patient developed blood clots as a result of the AstraZeneca vaccine and their own professional insurance for other risks.

”Our indemnities protect the doctors against the effects of the vaccine,” he said.

Medical groups have raised concerns people with side effects may pursue individual doctors rather than manufacturers, which Mr Hunt addresssed in letters to the AMA’s Dr Khorshid and the Royal Australian College of General Practitioners president Karen Price on Friday.

Mr Hunt said he was “positively surprised” that 23,596 Australians had been vaccinated over the past 24 hours.

The Health Minister said it was also an “extraordinary sign of confidence” that an additional 1000 general medical practices would join the rollout of the COVID-19 vaccine from next week, bringing the total to 4000.

Labor health spokesman Mark Butler said the Coalition’s timeline was too slow and vague, especially when other countries are considering timelines to roll out booster shots for people who have already had their first doses, to protect against potential coronavirus variants.

“We really can’t have a situation where vaccines are rolling out into next year, which seems to be the Prime Minister’s thinking,” Mr Butler said.