“Cavuto: Coast to Coast” welcomes Great American Cleanup founder and retired Army veteran John Rourke as he explains how he rescues and rehabilitates abandoned dogs at the southern border.

It has been a "struggle" for people to get their hands on explosive detection dogs since the early 2000s due to global demand for the canines outstripping supply, Cynthia Otto, executive director of the University of Pennsylvania's PennVet Working Dog Center, told FOX Business.

That struggle was further exacerbated around 2013 when the Transportation Security Agency (TSA) disbanded its breeding program.

"It became really obvious that we didn't have another reliable source, particularly in the U.S., to provide the dogs," said Otto, who testified before Congress in 2016 on the matter.

Currently, the United States relies on other countries, with the majority of dogs coming from Eastern Europe and even Mexico, according to Otto. 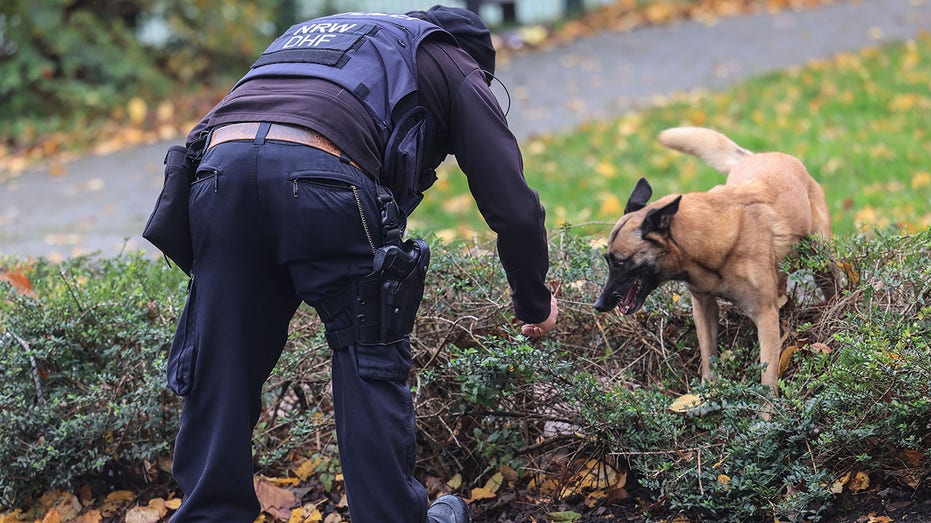 A police officer with a sniffer dog searches a bush near a crime scene. (Oliver Berg/picture alliance via Getty Images / Getty Images)

Sheila Goffe, vice president of government relations for the American Kennel Club (AKC), told FOX Business that 80% to 90% of the dogs purchased by the government still come from overseas.

"Our question has become: Why are we importing?" she said.

The issue is that global demand for these animals is on the rise as countries face their own rising terrorism threats.

THINKING OF ADOPTING A SHELTER DOG? HERE’S WHAT YOU MUST KNOW

"Demand for detection dogs has risen significantly since 9/11," Paul Waggoner, co-director of Auburn University's Canine Performance Sciences program, told FOX Business. "In particular, demand outside the U.S. world-wide has significantly increased in recognition of the well-trained explosive detection dog being the most capable detection technology to combat terrorist use of explosives." 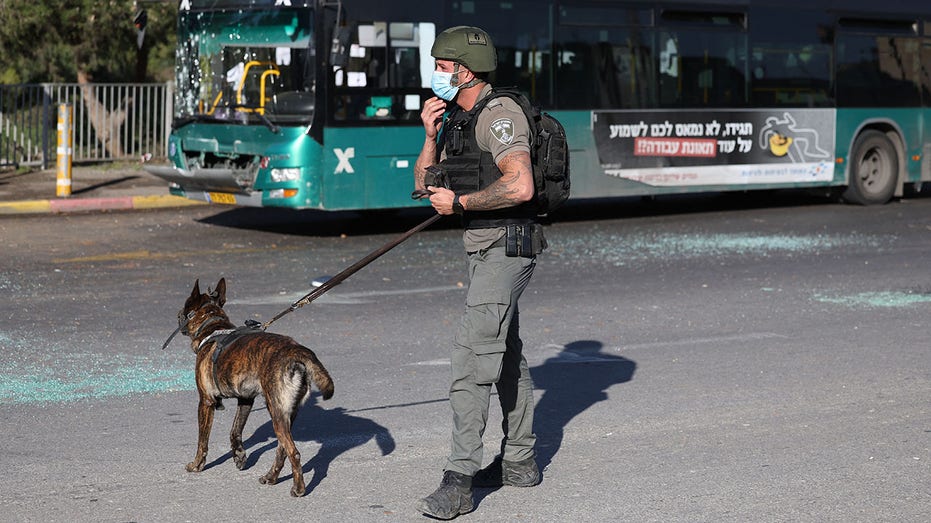 A member of the Israeli security forces holds a sniffer dog at the scene of an explosion at a bus stop in Jerusalem on Nov. 23, 2022. (Ahmad Gharabli/AFP via Getty Images / Getty Images)

People in countries from all over the world are realizing "what a great asset it is to have explosive detection dogs," Otto said. Not only that, but an increasing number of people are also employing dogs in different working roles, which is further straining the supply, she said.

The global pandemic, which essentially brought travel to a standstill, made things even worse because people couldn't just jump on a flight to Europe and get the dogs they needed, she added.

Otto said there isn't much awareness about how vital these dogs are. The most obvious place where people recognize them are at airports, but there are so many instances where they are working behind the scenes, whether that's working in various office buildings or canvassing the field before major football games to make sure there are no explosives in the area, she said.

"In this day and age, the best technology that we have to detect explosives is actually the canine nose," Goffe said. 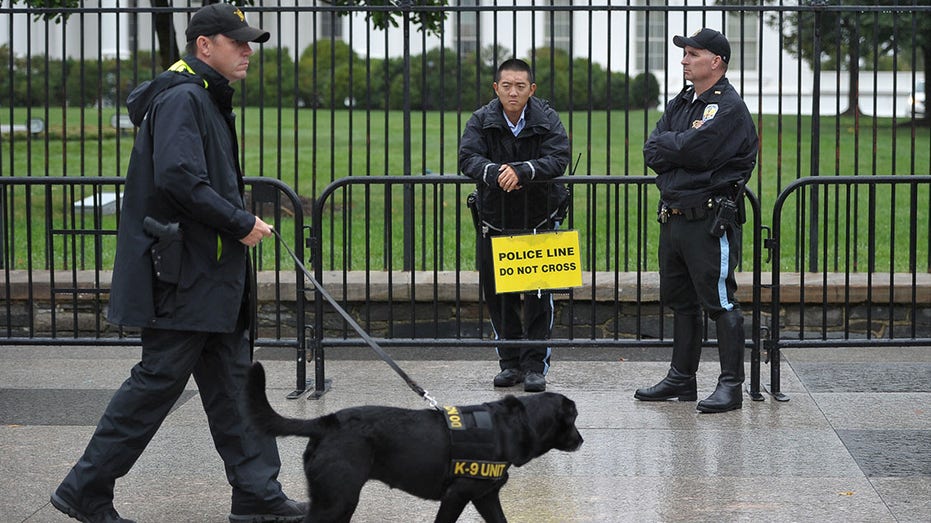 A member of the Secret Service patrols with a sniffer dog outside the White House. (Mandel Ngan/AFP via Getty Images/File / Getty Images)

To try and combat this national security issue, the AKC board of directors established the AKC Detection Dog Task Force in 2016.

A year later, Goffe testified in Congress that the task force acts as a facilitator providing "expertise and information to our network of breeders and bring them together with agencies that need very specific types of dogs that can succeed as military working dogs."

Another program that's been trying to tackle this issue is Waggoner's research program of the College of Veterinary Medicine at Auburn University. Since the 2000s, the Canine Performance Sciences program "has been engaged in breeding and preparing detection dogs," Waggoner said.

The program aims to "advance the knowledge of how to improve the breeding and development of detection dog candidates." Moreover, the program hopes to serve as a "blueprint for how to produce very capable detection dogs."

The program breeds six to seven litters a year, generally about 60 puppies. However, Waggoner said it's "not enough to be a significant dent in the demand for detection dogs."

He noted how Congress has recognized the lack of domestic production as a security gap and even tasked the Department of Homeland Security to assemble a panel of experts to provide recommendations on increasing domestic production.

As a result, DHS Science and Technology Directorate sponsored the Canine Breeding Consortium pilot program to "improve the domestic supply of high-quality detection canines and modernize canine training standards," according to DHS.