EXCLUSIVE: Woman sexually abused as a child by her depraved stepfather – who violated her with a screwdriver – reveals she only found out her cousin was also a victim when they both testified in court

Two cousins have detailed the horrific sexual abuse they suffered at the hands of the same man as children, and revealed how they only discovered that they were both victims when he was put on trial earlier this year.

Jo Keegan, 48, and Tracy Gibson, 54, from Barnsley in South Yorkshire, spent most of their adult lives hiding the fact that they had been sexually molested and raped by John Kelk, now 68, when they were children. Jo was Kelk’s niece, and Tracy his stepdaughter.

Speaking to FEMAIL, Jo and Tracy shared the depraved abuse they endured including being violated with a screwdriver and being forced to drink weed killer as a punishment.

Both women tried to report Kelk to their mothers when they were children but were dismissed. Tracy said she was told she must have been a ‘dirty little s**t’ when she confided in her mother about the abuse.

In May this year, Kelk was sentenced to 30 years in prison after being convicted of 22 offences, including rape and sexual assault, committed in the 1970s and 80s.

Tracy, pictured left as a girl and right today, recalled how Kelk would babysit her on Friday afternoons when she came home from school and began to sexually abuse her when she was 10 years old. She now sees herself as a survivor, rather than a victim 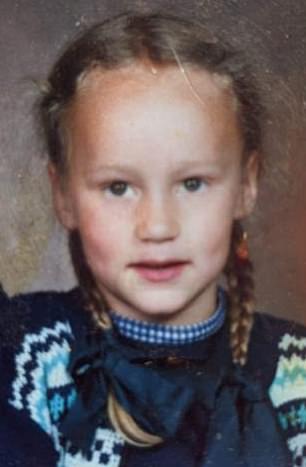 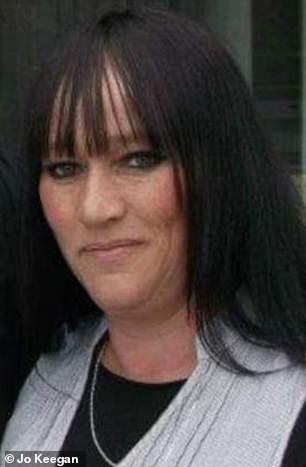 Jo Keegan, 48, pictured left as a girl and right today, was Kelk’s stepdaughter. She says after decades she has ‘finally been heard’ both her and Tracy have made it their mission to help other victims of abuse

Both Jo and Tracy testified against him and during the trial they discovered shockingly that they were both victims of his sordid abuse.

Tracy recalled how Kelk would babysit her on Friday afternoons when she came home from school and began to sexually abuse her when she was 10 years old.

‘He used to have a smell about him, one that I will never forget, it was vile and for 45 years it never left me,’ she told FEMAIL.

‘I used to dread Fridays it was usually the day I would see my father but, as my parents weren’t together, until he came to get me, I would be with John.

‘He would rape me and it would hurt and make me bleed. He would make me get in the bath afterwards.’ 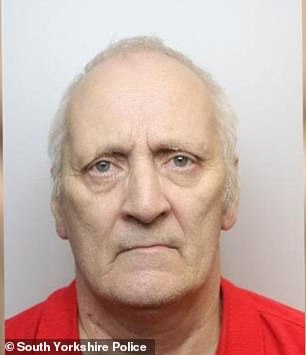 John Kelk, 68, was sentenced to 30 years plus one on 22 counts of abuse against young girls

Tracy also detailed how he would violate her with foreign objects like a screwdriver or a lollipop.

She continued: ‘There was one time that I screamed and told him to stop and he threw me off the bed and grabbed by the scruff of my neck.

‘He then took me to another room where there was a black case and told me there was a gun inside. He told me that if I told anyone he would shoot my father.

‘After that I avoided seeing my father and even told him I hated him and didn’t want to see him again.

‘In my own way as a child, I was trying to protect him, I watched my dad walk down the path with tears in his eyes and wouldn’t see him again until I was in my late teens.’

Kelk would later say in court that the black box contained a ‘fishing tackle’ and that he had ‘never owned a gun’.

Meanwhile Jo described how Kelk, who started a relationship with her mother when she was seven, sexually abused her on a regular basis. 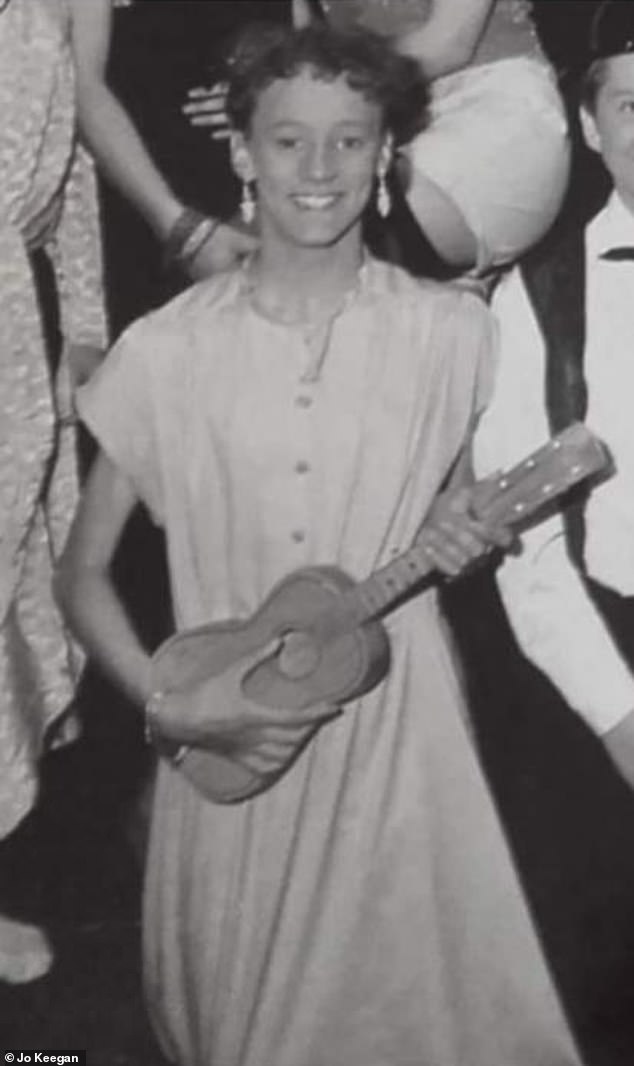 Jo as a teenager. T he abuse against her stopped when she got a boyfriend, and she tried reporting Kelk again in 1995 to no avail. In 2018 she reported him once again and her message to other victims is ‘never give up, keep speaking out, keep reporting until something is done’ 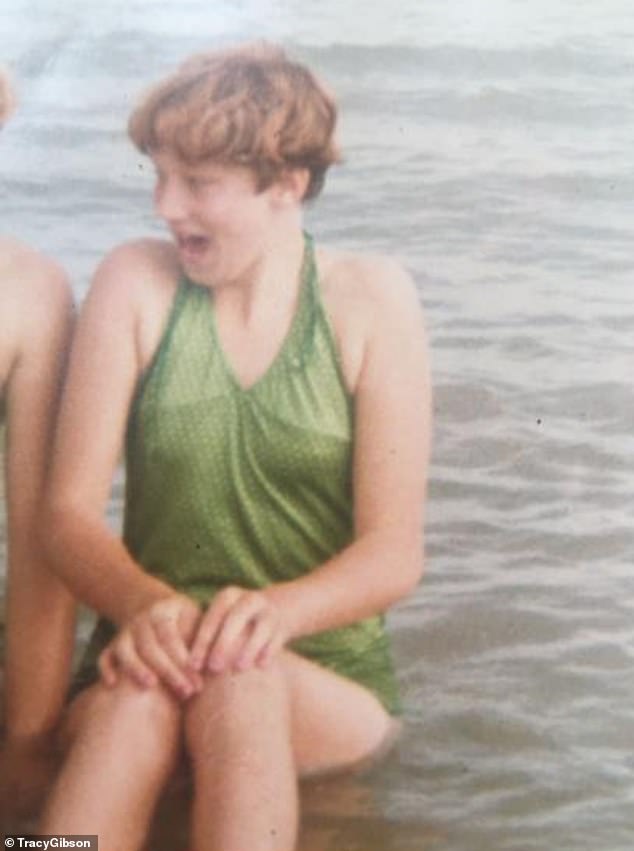 Tracy as a teen on a family trip to the beach. She told her mother what Kelk had done but was called a ‘dirty little s**t’ in response. She said ‘enough was enough’ when she would be sick after seeing her abuser working in Asda and reported him in 2019

He also made her drink weed killer as a punishment, something she says makes ‘her feel sick thinking about it’ even now.

She told FEMAIL: ‘He would often abuse me and took me downstairs once and told me to drink weed killer. It had all floaty bits on the top of it.

‘He told my mother I had drank it myself and she called an ambulance, she told me as I was about to go to hospital “you had better tell them that you did it yourself or he will do the job properly next time”.’

Both women worked up the courage to tell their respective mothers about the abuse they were suffering when they were just girls, but their pleas for help fell on deaf ears.

Tracy, who is a mother of four, recalled: ‘My mother just said to me “well you’ve been a dirty little s**t then”. I cared for her, but I didn’t like her.

‘She’s dead now but I never let my kids know that I didn’t like her or why, as she had a relationship with them. She knew it was going on but didn’t protect me.’ 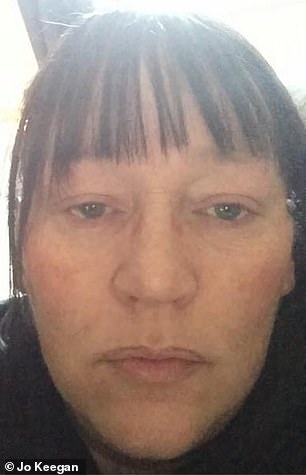 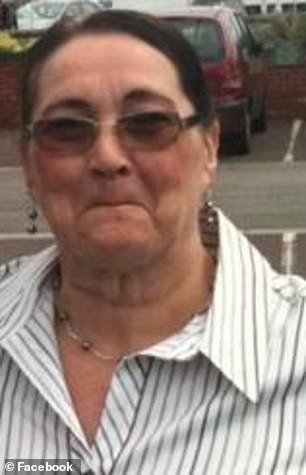 Jo, left, said her mother, pictured right, enabled John Kelk and ‘never went out of her way to protect her’. She died a month before the trial went to court and Jo said she felt ‘nothing’

Jo said she told her mother about the abuse when she was nine years old.

Jo continued: ‘She knew he was abusing me and did nothing, when I told her she dragged me into the living room and made me repeat what I had said in front of him. Of course he denied it and called me a liar. That was the night he made me drink the weed killer.

‘She let it happen and didn’t protect me. I didn’t feel a thing when she died. She was no mother. And I realised that when I had my own children, how I wouldn’t let anyone hurt them. How could she let someone do that to me?’

Jo described how she was painted as the ‘black sheep’ of the family and when others came to visit they were told how she was a ‘liar’.

She attempted to tell social workers, who were involved with the family, but John and her mother tried to blame her biological father instead.

‘John knew that my mother would cover for him, so he didn’t need to threaten me much,’ she explained.

‘He was more important to her than anything else. When I said something she would remind me that he brought money into the house. I found out later that my biological dad had one of his kids taken away from him over the accusation.’

Tracy said the abuse affected everything, from her relationships with men, to her schooling. She recalls being ‘timid’ and being put in the ‘duggie class’, and eventually left school without any qualifications. 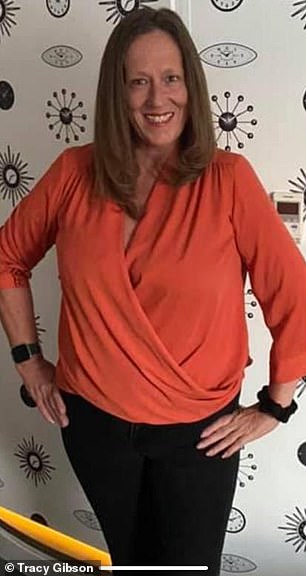 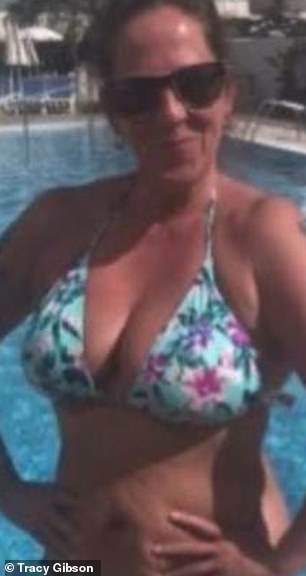 Tracy, pictured now, works as a support worker after taking her maths, english and completing diplomas in her 50s. She said after Kelk’s conviction many other victims came forward to thank her for ‘finally getting justice’

She said: ‘I never thought there would be other victims, and when I saw he had married Jo’s mother I thought it would stop, he wouldn’t touch her as her mum was there.’

Kelk continued to live nearby and she would see him at the Asda where he worked.

She said the sight of him working behind the tills would be enough to make her ‘vomit’ and that she would sometimes leave the store without her shopping.

The law on historic sex abuse

Historic sexual offences can be reported to the police.

According to UK law offences are looked at in relation to the law that was in place at the time.

The way some offences are looked at and dealt with may be different to how they are dealt with now.

There are a small number of offences that have a statute of limitation from the Sexual Offences Act 1956 – this means the crime must be reported within a certain amount of time from when it occurred.

This does not mean it cannot be reported but it may be dealt with in a different way.

Tracy was also still being plagued by dreams of Kelk’s abuse and decided to finally go to the police after decades of silence.

She later discovered that Jo had gone to the police the previous year to report the abuse she had suffered.

Kelk had stopped abusing Jo when she was a teenager and started dating. She left home as soon as she could.

Jo first tried to report Kelk to the police in 1995 but felt she wasn’t taken seriously. She was finally successful when she tried again in 2018.

Speaking on how the abuse affected her, she said: ‘I was messed up for a while over it but then I told myself I had two choices, I could either let it affect me or not and I decided not to allow it to impact me.

‘It hasn’t disrupted my sexual relationships and like Tracy, I was just glad to believed and finally have my story heard.

‘No one ever believed me – and that’s the message I want to pass on, keep speaking up until someone listens. I kept reporting him and in the end we won.’

Post sentencing, John Kelk admitted that the testimonies were indeed true but ‘didn’t want to die in prison’ to which Jo told him ‘well now you will.’

Kelk’s barrister Richard Canning said that his client was ‘not a well man’ and he was ‘sorry’ for what he had done.

Jo told Kelk in court: ‘The truth is that you don’t deserve the time and effort in my thoughts. I have no time for people like you.’

Judge Sarah Wright said in court: ‘Those girls were subjected to repeated sexual abuse and acts of a degrading and violent nature.

‘The impact on their lives has been devastating, their childhood cannot be reclaimed after enormous psychological harm.’

For Tracy, she has recently completed the education Kelk ruined when she was a child after enrolling at Northern College in Stainborough, South Yorkshire, in her early 50s. 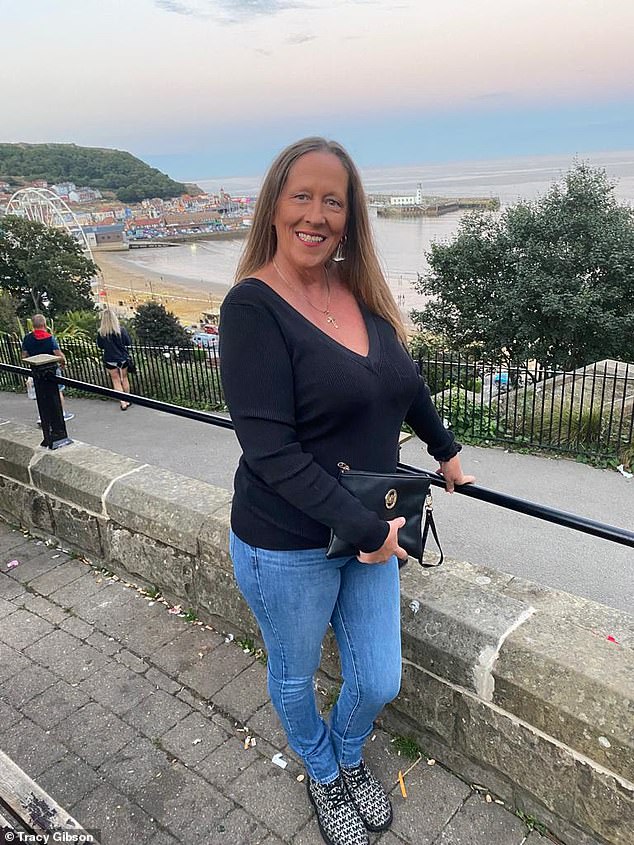 Tracy, pictured, said victims of abuse are welcome to get in touch with her for help – and want people to know there is still hope for historical cases

She completed her Maths, English and diplomas in social sciences and peer mentoring, something she says has ‘changed her life around’ and ‘finally given her confidence’ after John’s abuse.

‘It’s only now at 54 that I’m proud to say I’ve finally completed my education and now work as a family support worker after years of doing nothing,’ she said.

Tracy added: ‘After the trial a number of victims got in touch with me thanking us for getting justice at last, turns out it wasn’t just me and Jo.

‘I was relieved at being finally heard and believed and now I no longer smell him or dream of him.

‘After years of being a victim, I’m finally a survivor and I want other women to know they can get in touch with me and they can come forward.

‘It doesn’t matter if it’s a historical case, you can still get them convicted. I’ve always wanted to help other victims of abuse and now I can.’

Both Jo and Tracy are determined to offer help to victims of sexual abuse, and want to spread their message of support and understanding as widely as possible.