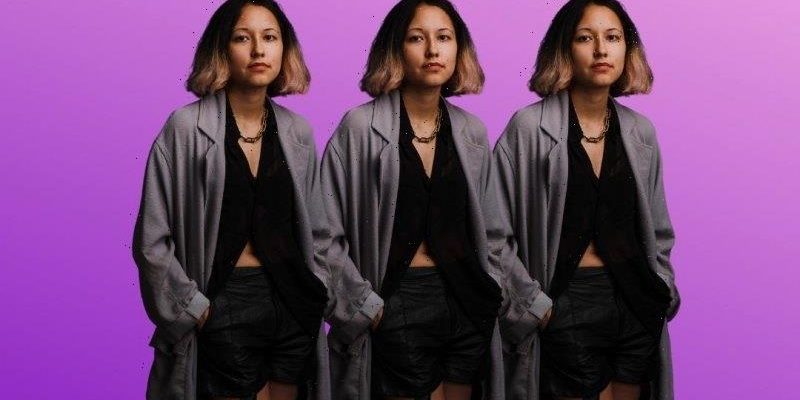 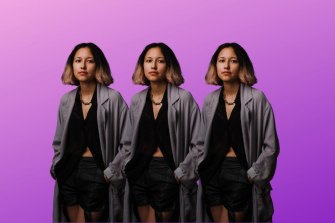 There’s a palpable sense of energy in the rehearsal room for Sydney Theatre Company’s new production White Pearl. It’s partly because playwright Anchuli Felicia King is present but also because, after endless COVID-19 cancellations, the show will finally reach the stage. The dialogue is sharp, the jokes are flying and King, who is watching alongside director Priscilla Jackman, is laughing as though this is the first time she has seen rehearsals for the play she wrote in 2016.

King is effervescent in rehearsals with a clear passion for the play that has launched what looks set to be – no pressure – a spectacular career. The 28-year-old is one of Australia’s brightest new screen and stage writing talents. White Pearl, her laugh-out-loud first full-length play, was staged in Sydney, London and Washington DC in 2019. That same year her play Golden Shield was produced by the Melbourne Theatre Company. She’s a Patrick White Fellow, the winner of 2021’s Mona Brand Emerging Writer Award. King has also now moved from stage to screen, in the writing room for HBO’s The Baby, Foxtel’s The Twelve and the Amazon comedy series Deadloch.

After rehearsals as we make our way to lunch, shielding ourselves from the torrential rain as the once in a century weather event takes hold of Sydney, we talk about her jet lag: she only arrived in Sydney from London the previous night. “Jet lag is my norm,” she quips, with a trace of an American accent. For the last few years, King has been jetting around the world, living mostly out of her suitcase, making her way from London to New York to Melbourne, and back round all over again. 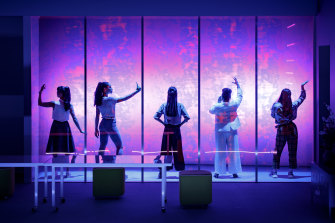 “I don’t know how sustainable it is. But it’s very liberating to not have that much shit in your life,” King says. “I have maybe seven shirts and three pairs of jeans. I have a laptop, an iPad, some notebooks, a bag for all my cables, a wallet, a USB microphone. That might be all of my earthly possessions. I’m trying to think, oh yeah, and two pairs of shoes.”

Identifying as a “third culture kid”, King is used to making a home in different places. Born to an Australian father and a Thai mother, King spent her early childhood between the town of Kanchanaburi in western Thailand and Manila, before moving to Melbourne. She spent much of the lockdown in Melbourne and London is home, at least for now.

“I really do feel like, in a very practical, logistical sense, a global citizen,” she says. “By and large I have been working on projects that are about international culture, globalisation, macrocosmic themes and for that reason, my lifestyle invigorates my work. I find the constant travel and being exposed to other cultures and being in transit means that that’s where I have time to think about this stuff.”

King goes where the work takes her, and the work is taking her far and wide. She is in Sydney for a week, before briefly heading to Melbourne, then London and New York where she will need to be by the end of March for rehearsals of Golden Shield, which is being performed off-Broadway.

King is enjoying the success most writers dream of – and she doesn’t even see herself as a writer.

“When I moved to New York, and I went for grad school, I wasn’t a writer. I just knew that I wasn’t excited about the theatre that was happening here [in Australia] at the time,” King says. “And I felt really strongly that the kinds of plays that I was interested in by writers of colour were happening in New York. So I was like, I’ll just go there, and then I can work on the kind of theatre that politically I am interested in. And then in the time that I was there, and I started writing plays, the landscape changed, both in terms of the theatre and the media landscape.”

Her career-launching play White Pearl is a fast-moving satire that follows the story of six young women from different Asian backgrounds working in a Singaporean start-up in damage control, after its racist commercial for whitening cream (or ‘bright and light’ cream as they say) goes viral. As the clicks increase, the team’s cohesiveness decreases. Twists and turns keep the audience in a state of discomfort, the show as edge-of-your-seat viewing as any Netflix episode. It is perhaps a play quite unlike anything we’ve seen on Australian main stages.

But, King says, Australian theatres were the first to embrace White Pearl, which took off after it had a reading at the National Play Festival in Sydney in 2018. “Sydney Theatre Company programmed it off the back of the National Play Festival reading. Somewhere in there, the Royal Court – it got on their desk, and they very quickly programmed it, which is one of the great things about that theatre. And then the play got programmed at Studio Theatre in DC at some point during there as well.”

“I’m a little confused. Like, it wasn’t, you know, there was no master plan. I didn’t intend on being a writer. I didn’t really have any aspirations for what my career would look like, other than I think I’d really like to work out how to be a theatre artist and subsist. And I thought I would keep just being a bit of a weirdo multidisciplinary artist for the rest of my life … But yeah, I feel the path of being a writer just kind of emerged and I was like, OK, sure. I feel enormously lucky.” 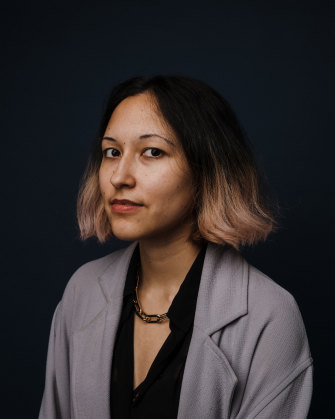 “There was no master plan. I didn’t intend on being a writer,” says Anchuli Felicia King.Credit:James Brickwood

I mention the evident enthusiasm in the rehearsal room, from her and the actors, who seemed buoyed by working on a play that not only has six weighty roles for Asian women but stands out for not presenting “Asian” as the only descriptor for a character.

King says that there’s “a lack of creatively sustaining roles for Asian actresses.”

“There was this sort of pervasiveness, like Asia as monolith narrative, but I think that has changed,” King says. “Even in the time since I wrote the play that narrative has been disrupted enormously. But we’re still lacking messy, ugly, complex Asian characters in a lot of media.”

“It makes a huge difference to their careers to get to do roles like that where they’re not just bit parts playing one-dimensional characters, they actually get to show what they can do,” she says.

As for her enthusiasm?: “It’s my first play. It’s like my baby, you know. I love it. Seeing it and hearing it again, I always discover new things about it that the actors are bringing to it that I find really exciting.”

Did King, as a writer of colour, feel she had to go overseas to find the success she is enjoying now? It is a well-trodden path, after all. I mention how I, too, moved to London where I also got a start as a playwright because I didn’t see playwrights who looked like me having their works presented on Australian stages.

But King feels the landscape in Australia is changing. “I do feel like there is a really exciting generation of playwrights of colour in Australia who are subsisting on screenwriting gigs. It is happening. It’s changing. And a huge shift in the media landscape here has been streaming services. Like, there are opportunities for young writers of colour here now that didn’t exist even three years ago,” she says.

White Pearl is in at Wharf 1 Theatre (Sydney) until April 23; The Playhouse Theatre (Canberra) from April 27 to 30 and the Riverside Theatre (Parramatta) from May 5 to 7.

To read more from Spectrum, visit our page here.